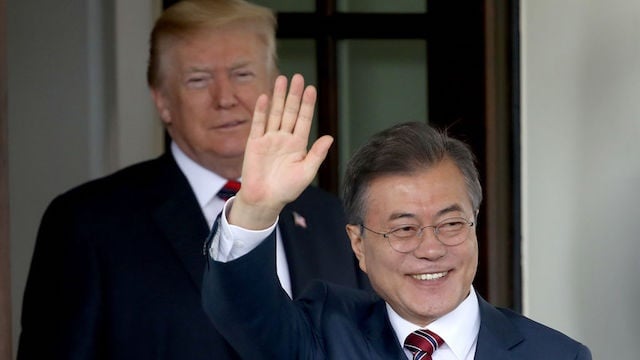 Moon had visited Trump on Wednesday, and an official in his administration gave a 99.9% chance of the summit going through. Moon's journey to Washington was largely to prepare Trump for the summit just weeks before it was set to take place.

But North Korea's propaganda took a very aggressive line with the US since Wednesday, threatening nuclear war and bashing Vice President Mike Pence.

Now, an apparently shocked Moon has called a midnight emergency meeting of his cabinet, indicating that Trump did not inform him of his decision before he took it, Fifield tweeted.

Trump's decision also came while US and international journalists were in North Korea. The US has banned its citizens from entering North Korea, which has a history of detaining US citizens.