Under a microscope magnification of 50X, this image depicted a section of skin tissue, harvested from a lesion on the skin of a monkey, that had been infected with monkeypox virus, 1968. Smith Collection/Gado/Getty Images

Scientists are investigating an unusual of monkeypox cases in Europe and North America. Cases of monkeypox outside of western and central Africa are rare, so this outbreak is abnormal.

As part of their work, scientists are trying to figure our whether people could have got the disease during sexual activity as many cases "are occurring within sexual networks."

"With mass gatherings, festivals, and parties," he said," I am concerned that transmission could accelerate, as the cases currently being detected are among those engaging in sexual activity, and the symptoms are unfamiliar to many."

Here's everything you need about monkeypox to spot it in a potential sexual partner and to protect yourself and others.

The first symptoms of the illness appear similar to the flu. Here are these symptoms, as per the Center for Disease Control and Prevention (CDC). 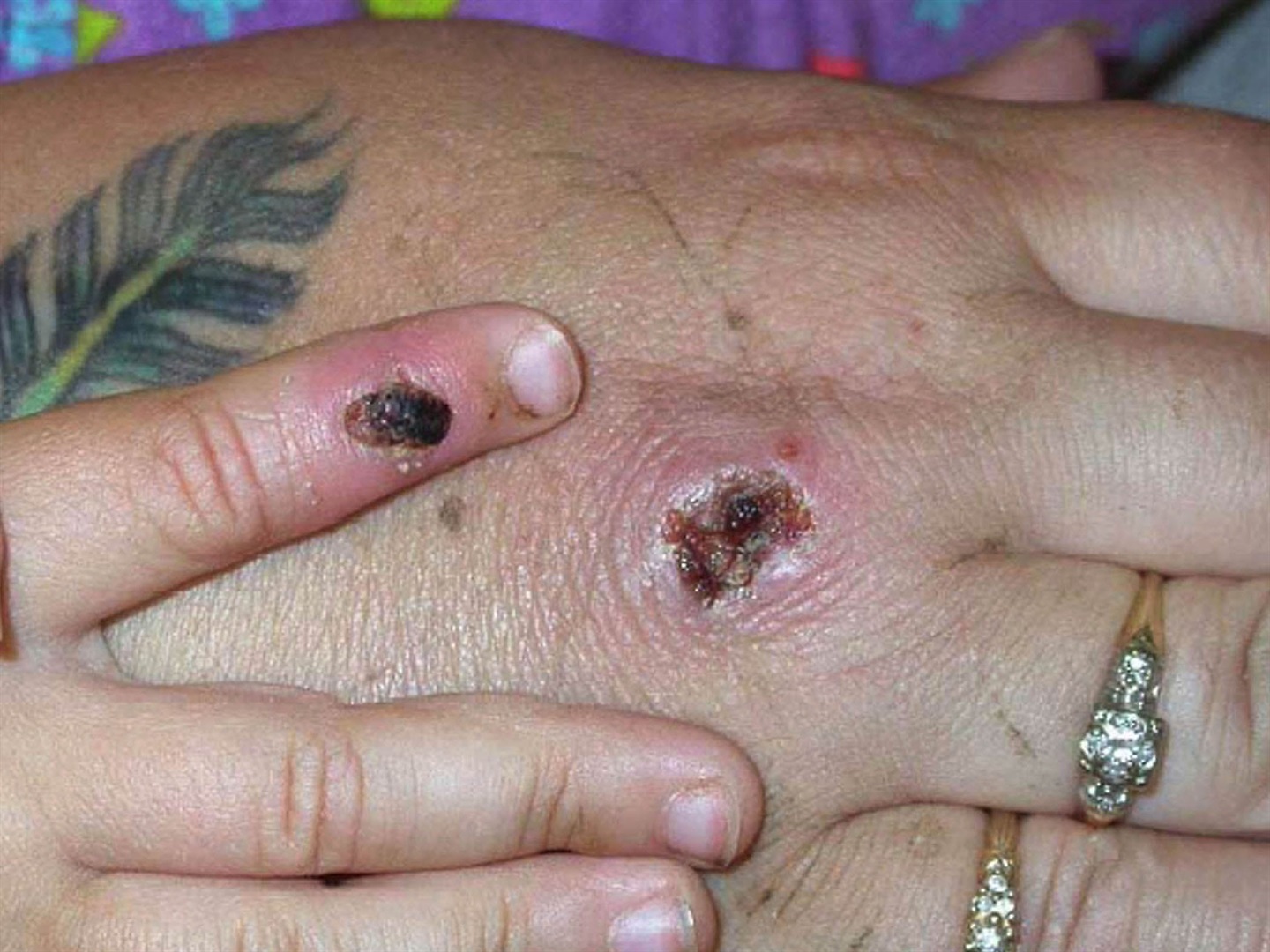 A monkeypox outbreak across several US states in 2003 spread via prairie dogs. CDC/Getty Images

It is likely impossible to identify monkeypox in a would-be partner at this stage. That said, there are reasons to think twice about sex with anyone with flu-like symptoms. The flu itself, as well as diseases like Covid-19, spread through close contact, which is obviously significantly heightened during sex.

Look for a rash, especially around the groin

A rash develops within one to three days from the fever appearing, as per the CDC, and people are contagious as soon as the first lesion is there.

This is the time monkeypox spreads most easily — and there are signs that this outbreak features an unusually high number of rashes around sexual organs.

The rash is incredibly infectious, experts previously told Insider. The monkeypox virus can be passed either by direct contact with the rash or body fluids or by touching material that touched the infected person such as linen or clothing.

It can also be transmitted by respiratory droplets, like those released during coughing or sneezing. These can't travel more than a few feet and prolonged face-to-face contact is required for transmission via this route, said the CDC.

The rash goes through different stages. At first, it looks like chickenpox or syphilis, before forming a scab that falls off.

Here are some pictures of the rash at different stages. There are many types of poxvirus including monkeypox, smallpox, and chickenpox. Roger Harris/Science Photo Library via Getty Images

While officials are still working to figure out exactly how the virus is being passed on in this outbreak, we know that close contact is a major factor for transmission. That includes sex.

Several contacts have been identified among the population of men who have sex with men (MSM), suggesting sexual contact might have been involved in the transmission. But that's more likely to be a factor of prolonged close contact than the sex itself. Monkeypox is a serious disease but there's no need to panic

Monkeypox is a serious disease. Severe cases can lead to death and globally about 1% of infected people will not survive.

But "the general public should not be concerned that they are at immediate risk for monkeypox," Jennifer McQuiston, a spokesperson for the CDC, told CNN. Monkeypox is not as concerning as Covid-19, US President Joe Biden said Monday.

Patients who have the disease should be isolated from others, as per the CDC. Wearing a mask, washing hands, and keeping open sores or lesions to yourself is good practice, experts previously told Insider.

The UK Health Agency on Monday issued guidance saying those who have been in contact with monkeypox should also isolate for 21 days.