We visited the SA campus soon to lose the Monash name, and found students talking revolt, but going to class Students at what is now Monash South Africa have until the first semester of 2019 to register for degrees that will, if they complete their studies within four years, still carry the name Monash, and the international recognition that carries.

But many are still deeply upset after learning this week that the Australian university will be pulling out of the institution, and so out of South Africa, after selling its equity to the JSE-listed Advtech.

"We the students, in our capacity as major stakeholders in the business, reject the sale of the institution without naming rights," reads a petition apparently launched by the Monash SA student representative council (SRC), with more than 2,300 signatures by Friday morning.

"The changing of the name of the institution will affect adversely the employability and perception with which the alumni are viewed in the job market. We refuse to be alumni of a non-existent entity."

SRC officials did not answer telephones or return messages by email and social media this week, but students at the Ruimsig campus outside Johannesburg on Thursday said the petition was authentic and reflected their demands – even if many of them had not signed it.

"What happens if they see our names on there?" one student told Business Insider South Africa. "I can't get suspended, my mother would kill me." 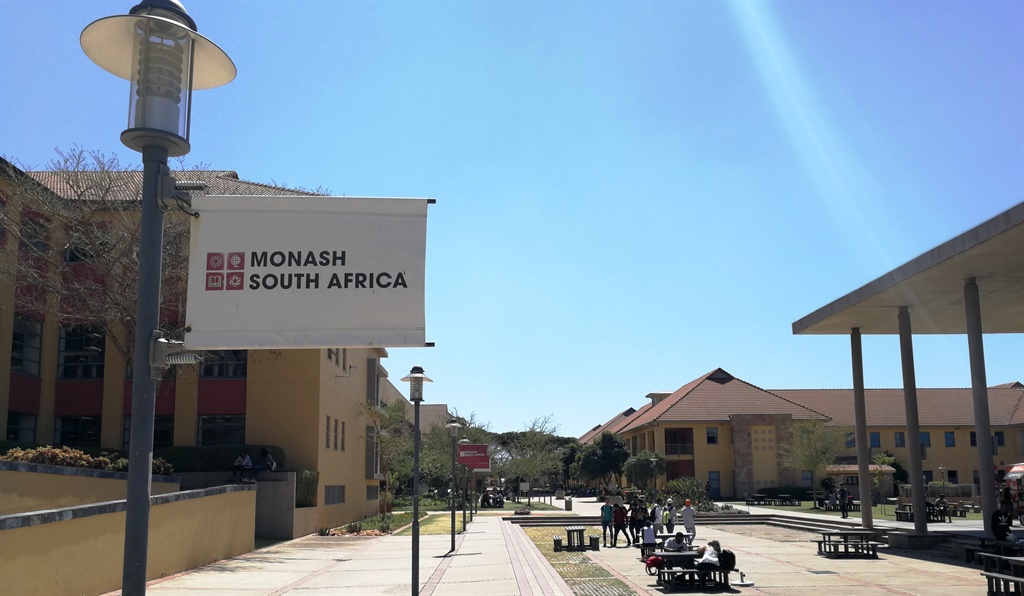 Advtech, the JSE-listed education group with brands such as Rosebank College and Vega under its control, expects to pay some R340 million for Monash South Africa, plus whatever cash or working capital it has on hand late this year or in early 2019, when the acquisition becomes effective. The timing depends on approval process by, among others, the department of higher education and training.

That purchase price reflects almost exactly the net asset value of Monash SA, most of it tied up in the land and buildings of its campus.

Asked why it was withdrawing from South Africa in that fashion, Monash Australia referred Business Insider to a general statement that says only it has, since 2017 believed "that the next phase of development of the campus would be best managed under custodianship of a local operator better suited to operate in the South African education market." Monash sold 75% of the South African business, and the land on which it campus stands, to the global Laureate Education network in 2013. However, it remained deeply involved in both the education side of the business and its back-office functions, Monash SA president Alwyn Louw said this week.

Under a transitional arrangement, that academic involvement will remain in place until 2023 – for some students. Those who register for degrees in early 2019 will complete Monash-backed courses, and get its name on certificates as long as they take no more than four years to finish.

That is a considerable relief to many students, but comes with some unexpected trouble.

"I am here because I want to work overseas; I need that name," said one.

The completion deadline brings new pressures: there is no room to fail, or put studies into abeyance. For one particular group of students there is also a cashflow impact. Monash SA offers a one-year "foundation programme" for those who do not meet entry requirements for degrees. Some of those students say they have been told they will now need to complete a previously optional summer-school programme to be able to register in time to complete a Monash degree.

And for the large number of foreign students, mostly from elsewhere in Africa, on the campus, there isn't a lot of choice.

"My [student] visa is specific to Monash. If I try to go to another institution I will be blacklisted," said one.

Another student pointed out that it takes several months, and often up to a year, to secure a student visa. For foreign Monash SA students that means a choice between sticking it out with an institution they have trouble trusting right now or returning home to countries many said simply do not offer the kind of education they want. Their concerns and the petition notwithstanding, there was little sign on Thursday that Advtech will be buying a campus in revolt. Lectures were continuing normally, computer labs were full, and in a canteen epic games of pool and ping-pong continued.

Some students said they missed the information sessions held on campus earlier in the week, where administrative staff were booed and heckled, because they had to write tests or attend classes.

Related Links
Australia’s biggest university, Monash, is pulling out of South Africa after 18 years
These SA universities have banned Apple watches during exam time — here's why
This entrepreneur started a thriving business selling luxury watches from the university library...
Next on Business Insider
McDonald's is quitting Russia after more than 30 years in the country