A video published by Peta showed animal abuse on 12 mohair farms, and said this was standard practice.

Peta-Asia showed workers dragging, throwing and even cutting the throats of fully conscious goats as they cried out.

“The reality can be seen in that footage, hour upon hour of goats being mistreated,” said Yvonne Taylor, a PETA campaigner based in the United Kingdom. “It’s only a small fraction of the footage that’s available.” 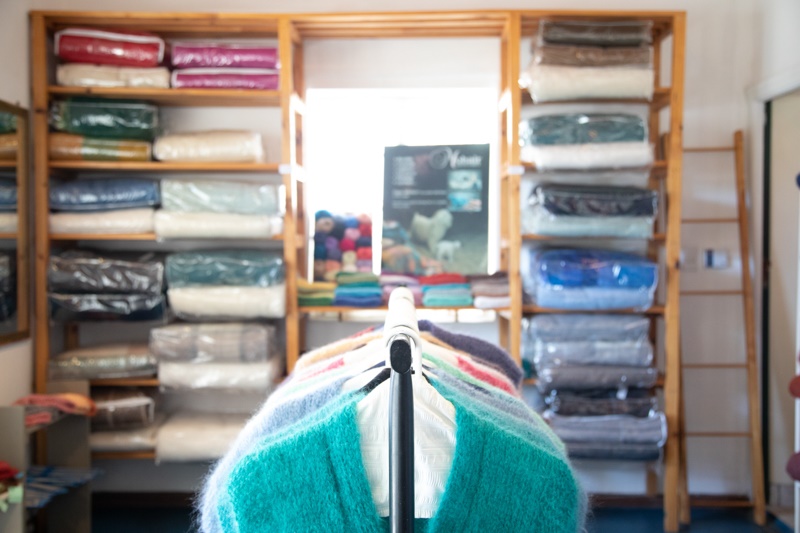 More than 60 international clothing brands including Gap, H&M and Zara, have announced they will remove mohair products from their shelves entirely.

Mohair earns South Africa R1.5 billion in foreign exchange per year from exporting 3.8 million kilograms of mohair, or half the global supply. The industry employs 30,000 people directly or indirectly according to Mohair SA.

Business Insider South Africa, in partnership with News24, travelled to the heart of the mohair industry in the Karoo to speak to some of the 700 commercial farmers who will take the brunt of a boycott.

Gay van Hasselt, who has been farming angora goats for 30 years, said the video came as a complete shock. She insists it is not in farmers' economic interest to abuse their livestock, which is their livelihood.

“The misrepresentation in that video is completely and utterly nauseating. The part in the shearing shed and what happened in there is unacceptable, but that it was touted as general practice in the industry is absolutely false,” said Hasselt.

Deon Saayman, CEO of Mohair SA the body responsible for the marketing and promotion of the mohair fibre, said in a statement that ‘much of the report and the accompanying footage was factually incorrect and a gross misrepresentation of the industry’.

Mohair SA says from the footage it had been able to identify two farms where there were questions about shearing practices. That represents 0.2% of the total South African industry.

“If a farm should close down, in an industry where as a result of a boycott there is no demand for mohair, it would be a death sentence for those goats,” says Saayman.

Mohair SA said it had close to 800,000 registered goats. If the industry collapses, there will not be money to feed those animals during the next drought, says Van Hasselt.

Claims that 40,000 goats died due to being shorn too early were “completely false”, Mohair SA says, and claiming 80% of goats die after shearing “is rubbish”, says Saayman. The National Council of SPCAs has taken steps to independently investigate the matter.

Grace de Lange of the Farm Animal Protection Unit at the NSPCA, confirmed Peta has sent the society the raw files, and that some 12 farms were being investigated.

The NSCPA also confirmed it will meet Mohair SA this week, to exchange information and hold farmers to account.

“The footage has brought to light horrendous activities and we are considering legal action against those people identifiable. We were especially concerned with the disturbing scenes of slaughter,” says De Lange.

Time, however, could count against the investigation. Peta did not immediately report the abuse. Injuries to animals as the videos were recorded, in January and February, the last shearing season, would have healed by now, says De Lange.

Related Links
Watch: A new SA virtual reality innovation can test whether you are good with heights
Watch a creepy humanoid robot run and expertly jump over a log
These wild images show how scientists could hunt for icebergs in Antarctica and tow them back to...
Next on Business Insider
Kremlin official suggests Russia could one day try to reclaim Alaska from the US