The No Frills Supermarket in Council Bluffs, Iowa.
ABC7
The body of a man who went missing in Iowa in the United States a decade ago was found lodged behind a 3.6 metre freezer in the grocery store where he used to work.

Larry Murillo-Moncada, 25, was reported missing on November 28, 2009, after he became delusional and ran away barefoot from his parents' home, The Daily Nonpareil local newspaper reported at the time.

Nearly 10 years later, on January 24, contractors replacing a huge freezer unit at the No Frills Supermarket where Murillo-Moncada used to work found a body behind it, ABC 7 News reported. 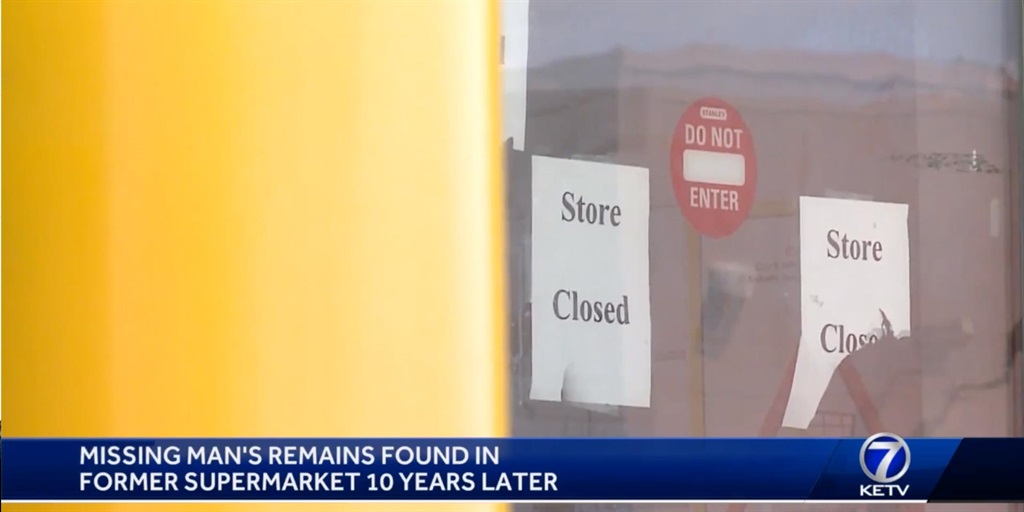 The No Frills Supermarket shut down in 2016 and was undergoing remodeling when contractors found the body.
ABC7

On Monday, the Council Bluffs Police Department said an autopsy identified the body as Murillo-Moncada's.

The supermarket, close to Murillo-Moncada's home, shut down in 2016, Sgt. Brandon Danielson from the Council Bluffs police told the Des Moines Register on Monday.

Murillo-Moncada had been employed there at the time of his disappearance but was not working on that day.

Danielson said Murillo-Moncada ran away during a snowstorm and left with "no shoes, no socks, no keys, no car."

According to staff who spoke with the police, the noise of the freezer could be deafening, meaning any cries for help may have been muffled.

"It's so loud, there's probably no way anyone heard him," Danielson said.

Capt. Todd Weddum told CNN that the police used DNA from Murillo-Moncada's parents to identify him and that his clothing was the same as that noted on the 2009 missing-person report.

Weddum said that the gap between the freezer and the ceiling was used to store boxes but that employees would take unofficial breaks up there in secret.

The police have closed the case and classified the incident an accidental death.

Related Links
'I'm good:' Missing Australian student Alek Sigley released from detention in North Korea
A yoga instructor who went missing while hiking in Hawaii has been found in 'surprisingly good...
A 3-year-old boy who went missing in the woods for 2 days says a bear looked after him
Next on Business Insider
Freya the boat-bending celebrity walrus may have to be put down if crowds keep approaching her