The Milky Way galaxy is nearly 2 million light-years across. To visualise even a small chunk of this collection of asteroids, stars, planets, dust, and gas, photographers have to piece together a vast collection of telescope images.

For the last 12 years, photographer J-P Metsavainio has undertaken that challenge.

Metsavainio started taking snapshots of the Milky Way from his observatory in Oulu, Finland in 2009. Earlier this month, he released a mosaic image of the galaxy that stretches from Taurus - a constellation about 2,200 light-years from Earth - to Cygnus, another constellation around 6,100 light-years away.

The mosaic captures about 20 million stars in total. (The entire Milky Way has hundreds of billions of stars.)

It also features objects that are tough to catch on camera, like the remains of three supernovas.

"When you work with the same project almost 12 years, it's easy to think that there can't be many surprises," Metsavainio told Insider. But catching the ghostly debris on camera, he said, was among the most unexpected elements of his Milky Way project. The images took 1,250 hours to capture

Metsavainio lives about 90 miles from the Arctic Circle and has a private, at-home observatory, pictured below. For six months of the year, the cloudless sky above his home is ideal for stargazing. He takes advantage of this winter period to observe objects via telescope and snap photographs of them.

"I work every single clear night," he said.

Metsavainio said he often stays up late, photographing in silence. On a given night, he added, he can observe an object for four to seven hours, depending on its height on the sky. 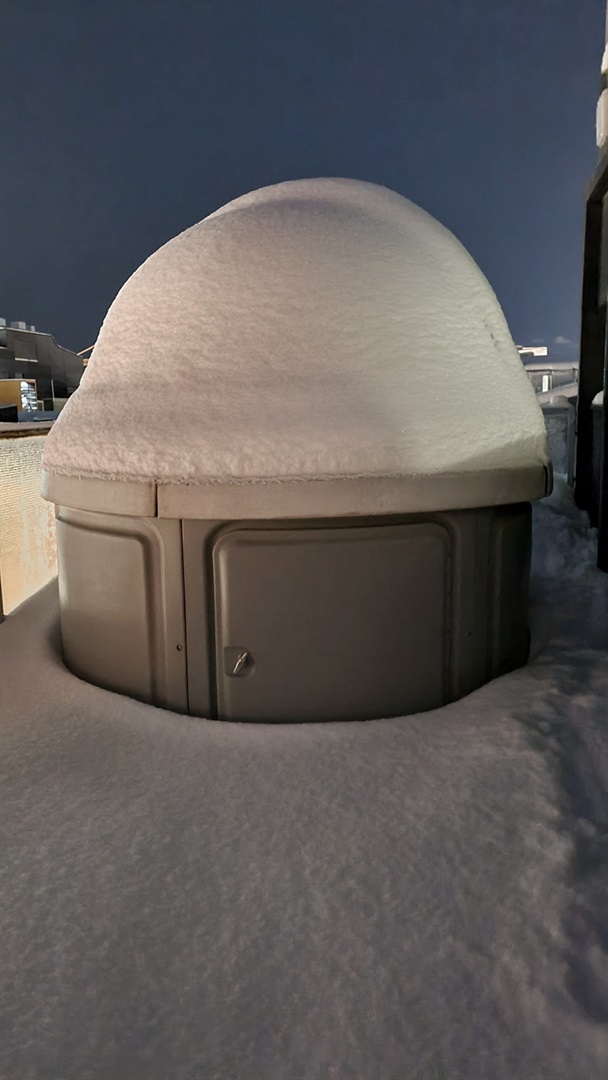 "I'm a perfectionist regarding my work," he said. "I don't want to miss a single valuable clear moment due to some small software glitch."

In total, he spent 1,250 hours collecting images for his Milky Way mosaic.

He stitched the individual images together in Photoshop, using stars as a guide to match the shots. His mosaic uses colour coding to represent ionised elements lingering in the galaxy: red for sulfur, green for hydrogen, and blue for oxygen. But Metsavainio said the supernova remnants are his "absolute favourite" elements of the project. He called them his "three musketeers."

The remains of one supernova took 3 years to capture

A supernova is the final explosion of a dying star. It releases a massive amount of energy, scattering debris across the galaxy and leaving behind an expanding nebula.

Under normal circumstances, dust blocks our view of these structures.

"They all are extremely dim and in very dense starfield," Metsavainio said. "That makes imaging almost impossible."

But after 300 hours of observation, he finally snapped enough photos to capture the three clouds of debris.

One structure in particular, the remnant of supernova W63, was a target of Metsavainio's for many years. It's located more than 5,000 light-years away, near the constellation Cygnus - hence its nickname, "Cygnus Shell." Scientists haven't identified the original star that exploded to form W63, but they estimate that light from the explosion would have reached Earth more than 15,000 years ago.

It took Metsavainio three years, from 2015 to 2018, to collect enough photos of Cygnus Shell alone. Capturing objects like this are "the reason I keep doing this slow and lonely work," he said.