The supermassive black hole at the centre of our galaxy suddenly lit up brighter than scientists had ever seen, and nobody knows why The closest supermassive black hole to Earth, called Sagittarius A*, or Sgr A*, suddenly got 75 times brighter than normal along the near-infrared region of the light spectrum for two hours on May 13, a team of scientists has found.

According to a new paper they published on August 5 in arXiv, a Cornell University repository for scientific papers that are not yet peer reviewed, this was the brightest flash scientists had seen in 20 years of observing the black hole - and twice as bright as any previously recorded.

"The black hole was so bright I at first mistook it for the star S0-2, because I had never seen Sgr A* that bright," Tuan Do, an astronomer and lead author of the paper, told ScienceAlert. "I knew almost right away there was probably something interesting going on with the black hole."

The new findings "push the limits of the current statistical models," since those don't account for infrared flux levels this high, and suggest scientists' understanding of our galaxy's central black hole is not up-to-date, the team wrote in the paper. The Milky Way's spiral centers around a supermassive black hole. Scientists think that every galaxy has one at its center.
NASA/JPL-Caltech

Scientists think every galaxy has an especially dense "supermassive" black hole at its center. The proximity of Sgr A* makes it the easiest black hole for scientists to study. The team that discovered this unprecedented flare-up observed Sgr A* for four nights with an infrared camera at the Keck Observatory on Mauna Kea in Hawaii.

They were hoping to test Albert Einstein's theory of general relativity by observing how the black hole warped a nearby star's light. They got what they came for, plus the unprecedented infrared flare.

Do tweeted a time lapse of the event on Saturday.

Here's a timelapse of images over 2.5 hr from May from @keckobservatory of the supermassive black hole Sgr A*. The black hole is always variable, but this was the brightest we've seen in the infrared so far. It was probably even brighter before we started observing that night! pic.twitter.com/MwXioZ7twV

For three of the four nights of observation, the black hole was in "a clearly elevated state," Do's team wrote.

"We think that something unusual might be happening this year because the black hole seems to vary in brightness more, reaching brighter levels than we've ever seen in the past," Do told Vice.

But the researchers aren't sure what exactly is going on.

In black holes, matter gets packed into a tiny space, giving them extremely powerful gravity - Sgr A*, for example, has the mass of 4 million suns. The pull of a black hole is so strong that even light cannot escape, so researchers have to observe the infrared or X-ray light that radiates out from the black hole and interacts with nearby gas and stars.

The researchers think such an interaction could have caused this bright flash. Specifically, they said, an interaction with a nearby star that passed near Sgr A* in 2018 could have disturbed gas flows at the edge of the black hole's grasp.

They also pointed to a dust cloud that passed near Sgr A* in 2014 but didn't get dramatically torn apart the way astronomers thought it would. The brightness could be a "delayed reaction," they wrote. 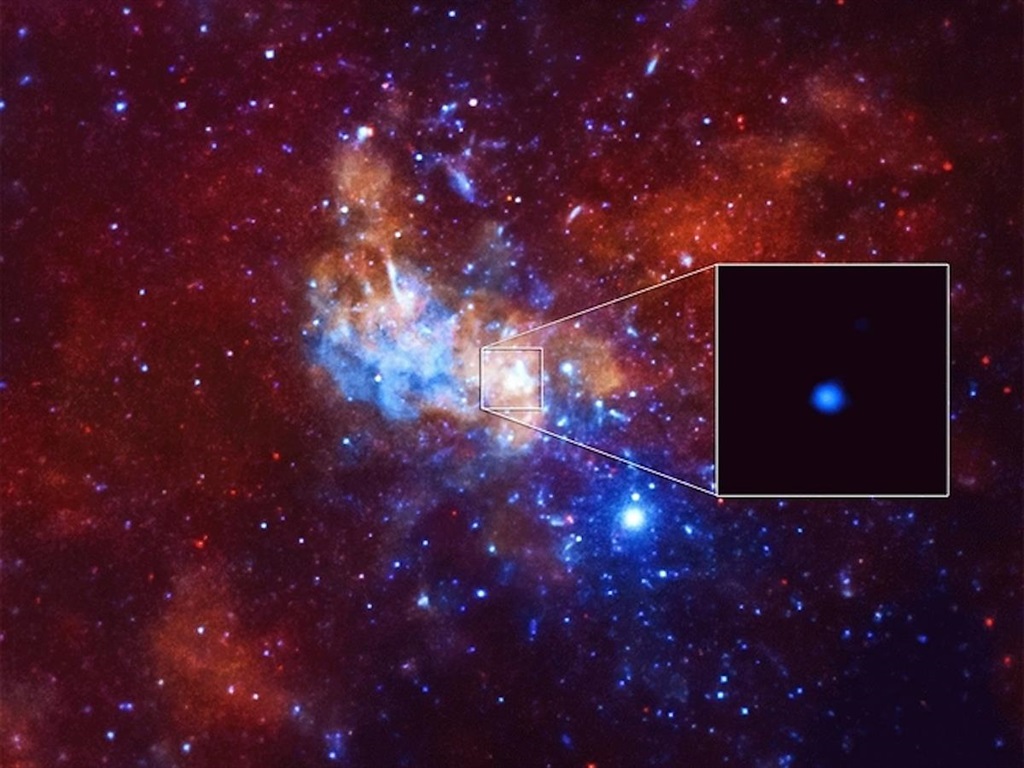 NASA's Chandra X-ray Observatory captured an unprecedented X-ray flare from Sagittarius A* in 2013. This event was 400 times brighter than the usual X-ray output from the black hole.
NASA/CXC/Northwestern Univ/D.Haggard et al.

In 2013, scientists detected an equally mysterious X-ray flare-up from Sgr A*, which was 400 times brighter than its normal levels of X-ray radiation.

Scientists should continue monitoring Sgr A* to see if it's experiencing significant changes, Do's team wrote. More research could also be used to update models of the regular flux of the black hole's radiation levels.

"Many astronomers are observing Sgr A* this summer," Do told Vice. "I'm hoping we can get as much data as we can this year before the region of the sky with Sgr A* gets behind the sun and we won't be able to observe it again until next year."