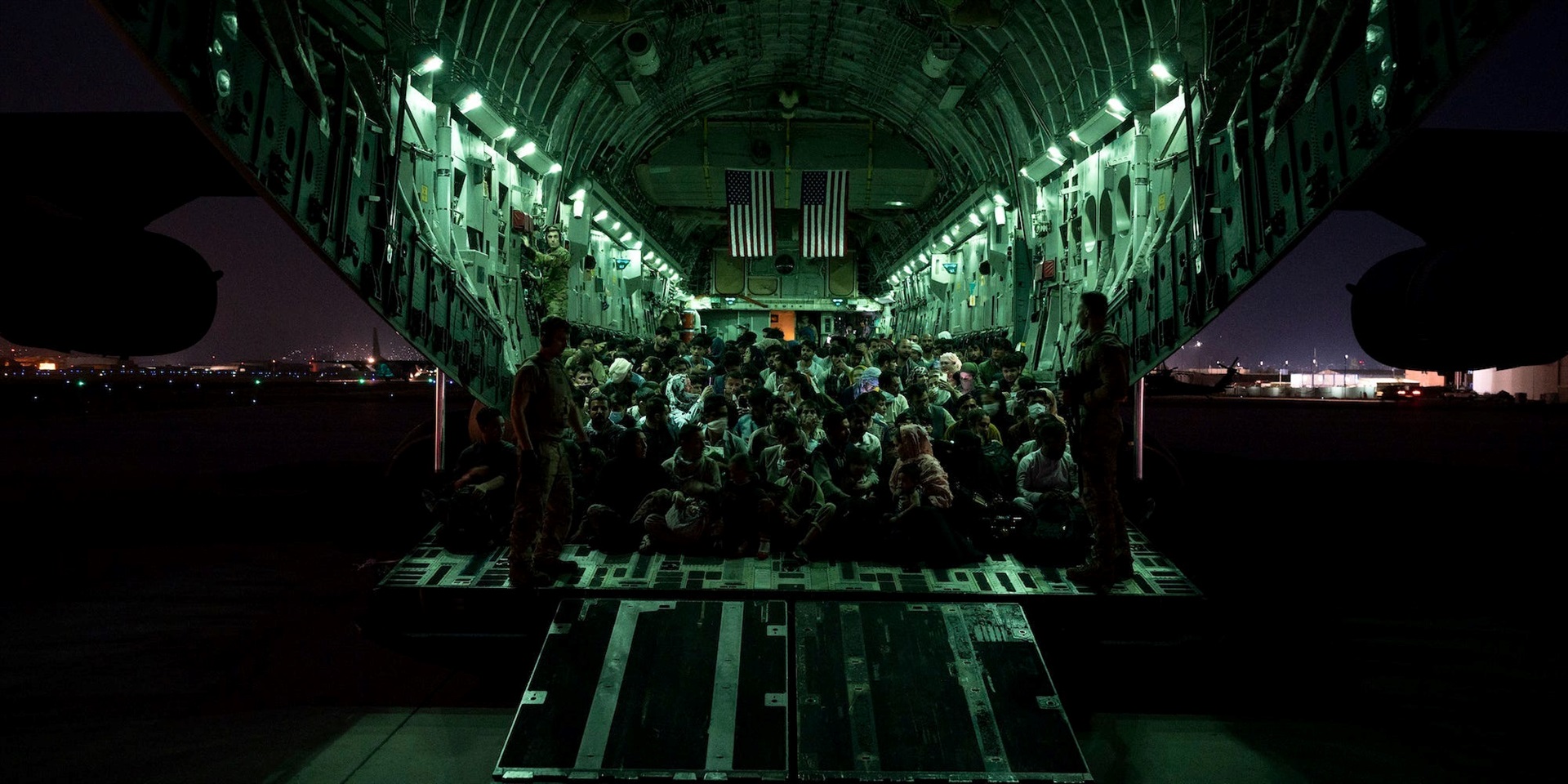 Military cargo planes have fired flares that could disrupt any missile fire coming towards them, and are also using corkscrew landings to avoid potential attacks, the report said.

The AP has reported on these tactics being used since at least August 22.

In recent days, Western nations have heightened their warnings over the possibility of attacks at the airport as they try to evacuate people out of Afghanistan. The US and UK have singled out ISIS-K, the Islamic State affiliate in Afghanistan.

The UK minister for the armed forces, James Heappey, warned on Thursday that an "imminent, lethal attack" could happen at Kabul airport, and that people should stop trying to get to the airport.

The US also warned Americans to avoid travelling to Kabul airport, citing a "specific" threat from ISIS-K.

Some countries have also said they have stopped doing evacuation flights out of Kabul because of the potential for attacks.