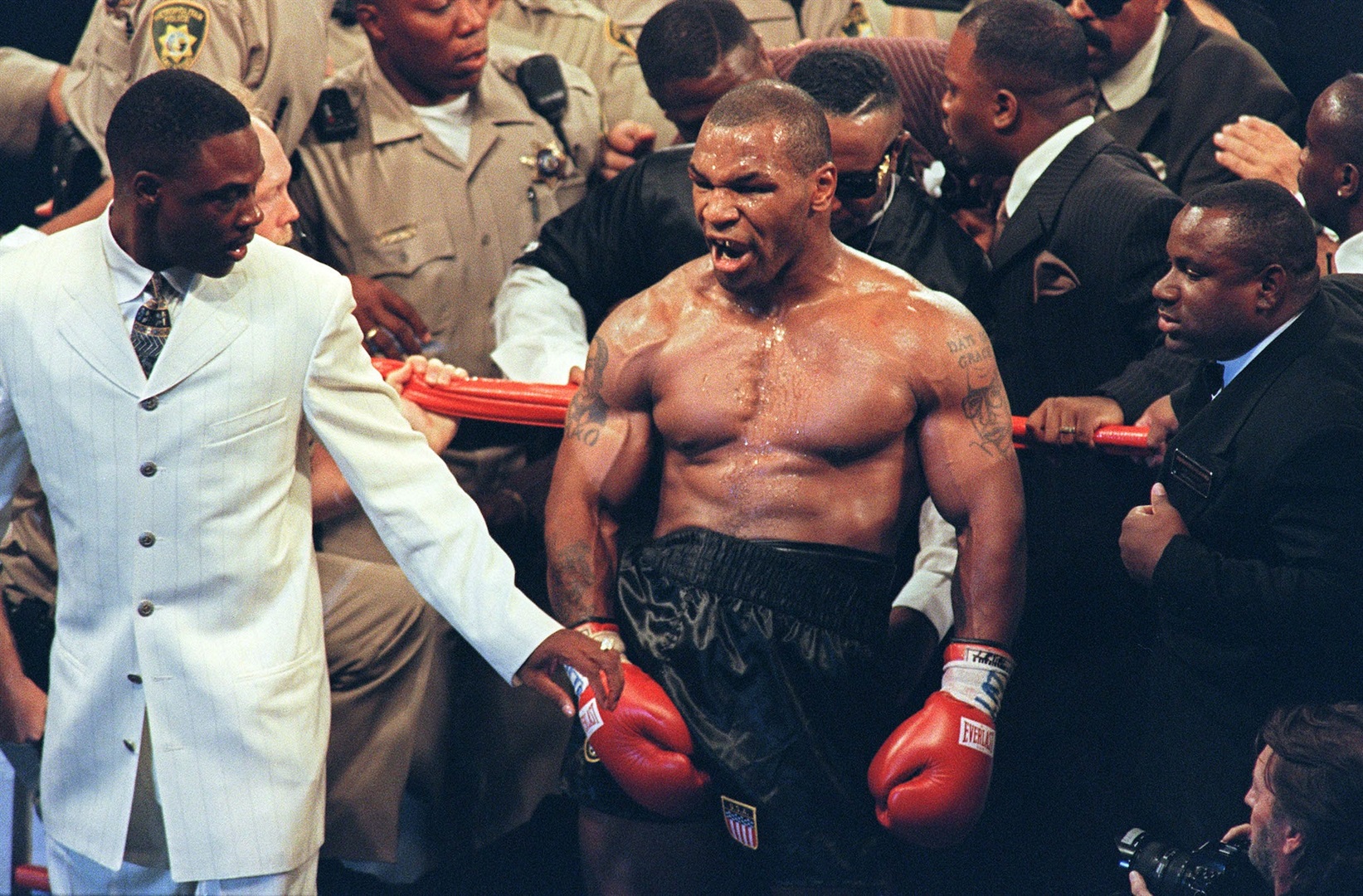 Mike Tyson frequently had pre-fight sex in the locker room immediately before his heavyweight boxing matches because without it he feared he'd enter the ring with so much rage that he might end up killing his opponent.

That's according to the former fighter's chauffeur Rudy Gonzalez who, in an interview with British tabloid newspaper The Sun, claimed it was one of his jobs to find women willing to have sex with Tyson on fight nights.

"One of the greatest secrets with Mike was that he needed to have sex in the dressing room before fights," Gonzalez said.

"I would have to find a groupie, it did not matter who it was. He'd say: 'If I do not get laid I will kill this guy right now.'

"Mike had to get laid to disengage some of the strength he had. So I had girls tucked away in bathrooms and changing rooms.

"Sometimes he'd go in with them for a minute," Gonzalez told the Sun.

He'd then emerge "snap his neck and say: 'Okay this guy is going to live tonight.' His biggest fear was that he would kill someone in that ring. He knew he could do it."

Tyson, now 55, shook up the boxing world when he won his first world championship belt aged 20, in 1987.

The 5-foot-10 fighter had deceptively good defense and explosive offensive skills — so much so that it was not uncommon for him to overpower opponents in a matter of rounds.

In his first championship fight in 1986, he destroyed Trevor Berbick in the second round. Two years later, he obliterated Larry Holmes in four. In 1988, he dispatched Michael Spinks in a single round.

"It is no exaggeration to say Mike was like a train hitting these guys," Gonzalez said. "Having sex was his way of disengaging that power and loosening up a bit." Cus D'Amato guided much of Tyson's early life and career as a coach, role model, and father figure.

However, D'Amato died in 1985. Tyson took years to adjust to his death.

"Mike used to break down in tears before fights," said Gonzalez. "He had an anxiety problem where he would be in despair with anxiety of not feeling good enough or not wanting to screw it up.

"He never recovered the loss of Cus, because he found someone special who had faith in him and saved from the depths of hell.

"He used every one one of those emotions for as long as he could — and that is why he walked into the ring with all that and beat the shit out of Berbick."