Greece secretly sent away more than 1,000 migrants, abandoning them on the open sea 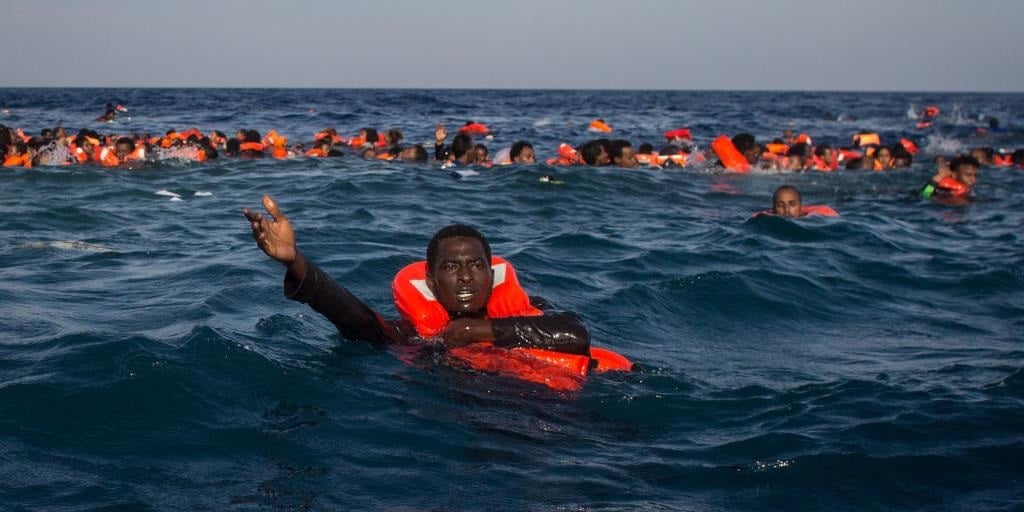 At least 1,072 migrants were sailed to the edge of Greece's water territory on inflatable life rafts and abandoned by Greek authorities, The New York Times reported.

The Times analysed evidence from multiple sources, including academic researchers, the Turkish Coast Guard, and independent watchdogs groups. They found that there were at least 31 different incidents of these expulsions in the past few months.

Najma al-Khatib, a 50-year-old Syrian teacher told The Times that on July 26, she and 22 others including babies were taken by masked Greek officials from a detention centre on the island of Rhodes while it was dark outside. She told The Times they were left on a "rudderless, motorless life raft" and were later rescued by the Turkish Coast Guard.

"I left Syria for fear of bombing — but when this happened, I wished I'd died under a bomb," she told The Times.

The Guardian reported last month that Greece was gearing up to handle an increase of migrants from Turkey after the country arrested six smugglers.

Earlier this year, Turkish president, Recep Tayyip Erdogan had threatened to release hundreds of thousands of refugees into Europe in the midst of ongoing tensions between Turkey and the EU. The EU border agency said that Erdogan's threats prompted additional defense along Greece's land and sea borders, the Guardian reported.

However, The Times reports that the move to abandon migrants at sea is illegal under international law.

"These pushbacks are totally illegal in all their aspects, in international law and in European law," François Crépeau, former United Nations special rapporteur on the human rights of migrants and professor of law at the Faculty of Law at McGill University, told The Times.

"It is a human rights and humanitarian disaster," Crépeau said.

Greece has denied that they've done anything illegal.

"Greek authorities do not engage in clandestine activities,'' said a government spokesman, Stelios Petsas. "Greece has a proven track record when it comes to observing international law, conventions, and protocols. This includes the treatment of refugees and migrants."

Related Links
These photos show why Paros, Greece, was just named Europe's best island
SA’s swallows have been reported missing in the UK – with worries many dropped dead in Greece
Look inside Meteora, a remote complex of monasteries built meters above the ground in Greece
Next on Business Insider
Old Mutual Rewards members can now get 25% off fuel – but need to work for their points