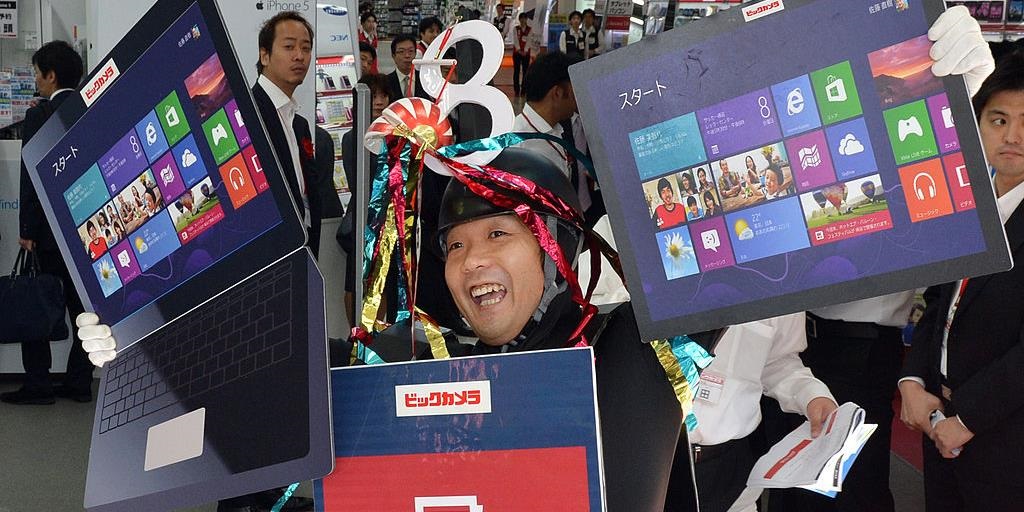 An employee of a camera chain promotes the release of Microsoft's new Windows 8 operating system in Tokyo on October 26, 2012. Microsoft announced that Windows 8 would launch on October 26 in 37 languages and 140 worldwide markets.
KAZUHIRO NOGI/AFP via Getty Images

Employees who work less might actually be working smarter, according to Microsoft Japan.

The company trialed a four-day workweek this summer as part of its Work-Life Choice Challenge. The project allowed employees at its Tokyo headquarters to have Fridays off in August, and they were given "special paid leave" in exchange.

The company also implemented a "support program" for its employees, which included travel-related expenses and workshops, as part of the short-term trial.

"'Work-Life Choice' aims to create an environment where each employee can choose a diverse and flexible way of working according to the circumstances of their work and life," Microsoft Japan wrote in April when it announced the project.

Microsoft announced last week that the program saw a number of interesting results compared to the year prior, including:

In addition, the company also said that productivity rose by roughly 40%, with 92% of employees saying they were happy with the program by the end of its run.

The program has made waves in Japan, which has some of the longest working hours in the world. According to a 2016 government study, nearly one in four Japanese companies require employees to work a staggering 80 hours of overtime per month, CNBC reported.

And those overtime hours do not necessarily result in better work. According to the OECD Compendium of Productivity Indicators, Japan ranks the lowest in productivity among G-7 nations.

The issue of a four-day workweek has become a hot-button issue in recent years. In New Zealand, a company called Perpetual Guardian trialed the four-day workweek and noticed its staff were happier, more creative, more punctual, and more productive.

Economists have recently argued that a four-day workweek allows employees to focus their attention more effectively, and create a better sense of work-life balance.

2020 Democrat Bernie Sanders even said in October that a shorter workweek was an idea that his campaign was investigating in order to improve the wellbeing of American workers.

"Shortening the workweek is certainly one idea that we have got to look at," Sanders said at a forum.