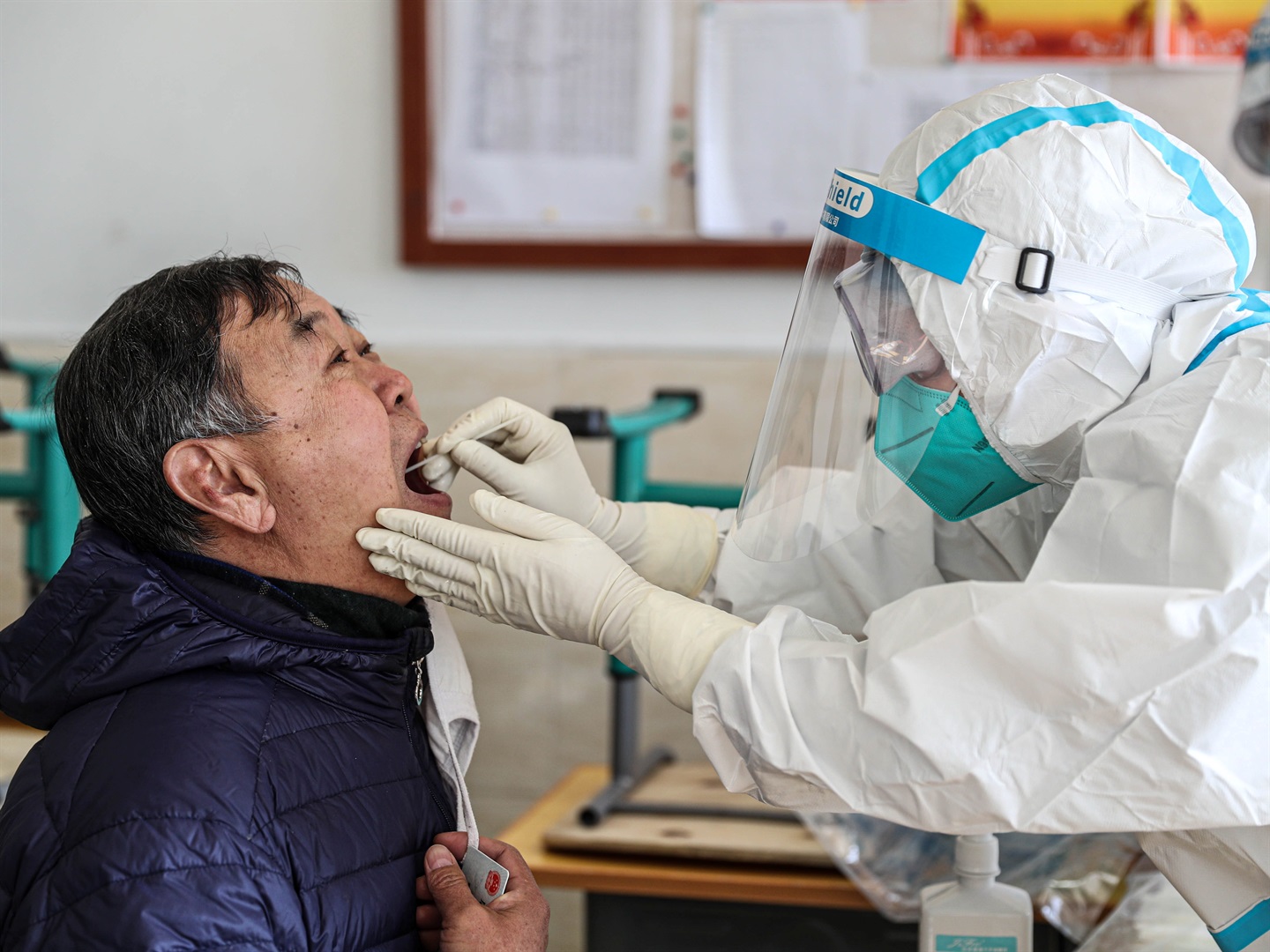 A medical worker takes a swab sample from a resident.
STR/AFP via Getty Images

But Yang Zhanqiu, deputy director of the pathogen biology department at Wuhan University, told state-run tabloid, The Global Times, that since the virus has been proven to be contracted via the upper respiratory tract rather than the digestive system, the most efficient tests are still nasal and throat swabs.

"There have been cases concerning the coronavirus testing positive in a patient's excrement, but no evidence has suggested it had been transmitted through one's digestive system," Yang said.

Santini explained that the virus attaches to the human body using a receptor called ACE2, and there are many ACE2 receptors in the gut. The viral load - the amount of virus shedded  - can also be higher in the faeces, especially if someone is suffering with gastrointestinal problems caused by coronavirus. And viral shedding can last for longer in the faeces than in sputum.

"Even though a common way of being infected is through respiration, I think there must be some infection happening through the gut via the mouth," she said. "There is evidence that SARS-CoV-2 in faeces is infectious, just like other viruses, such as norovirus and other coronaviruses."

"It's less painful for kids, and people do it all the time for other tests," she said. "You don't have to go anywhere, and you can do it yourself."