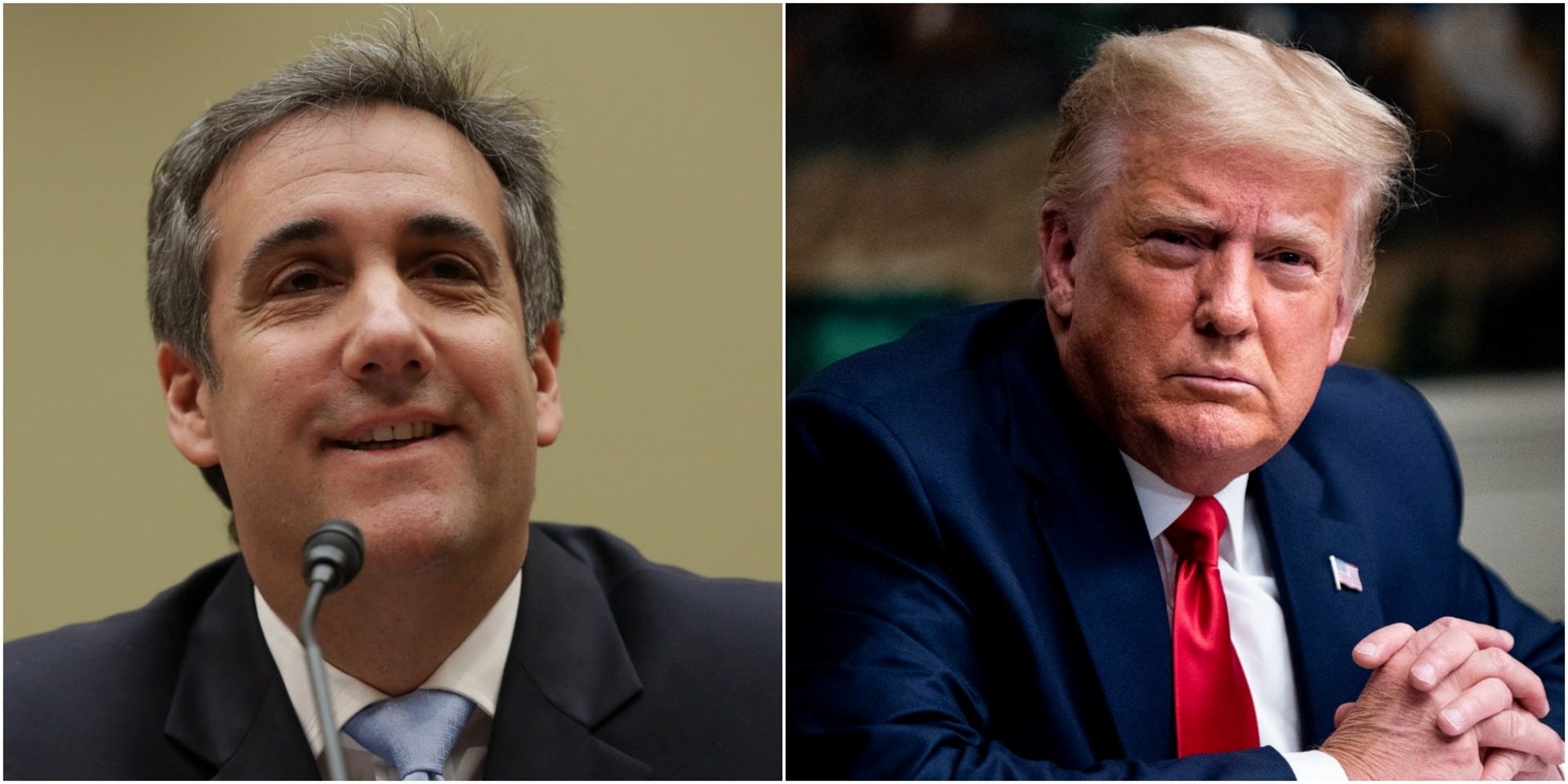 A composite image of Michael Cohen and US President Donald Trump.

US President Donald Trump's former fixer Michael Cohen has pointed out a potential issue in the American president's windfall of pardons and commutations that may come back to bite him after he leaves the White House.

Speaking to MSNBC on Monday, Cohen suggested that by pardoning former associates like Michael Flynn and Roger Stone, Trump was giving prosecutors the power to force them to testify against himself.

"This produces a very significant problem for Donald Trump in the fact that once you receive that pardon power, once you get that pardon, you're no longer able to invoke the Fifth Amendment - the right against self-incrimination - because you cannot be charged," Cohen said.

"So all of these people may ultimately be his downfall because they'll be testifying against him, either before a court or before a tribunal," Cohen added.

â€œOnce you get that pardon, youâ€™re no longer able to invoke the Fifth Amendment â€¦ All of these people may ultimately be his downfall simply because theyâ€™ll be testifying against him,â€ Michael Cohen says about the implications Pres. Trump may face from pardoning political allies. pic.twitter.com/3d1kW5IHIZ

The Fifth Amendment to the US constitution allows a person not to answer the questions of an investigator or prosecutor, in case what they might say is used against them in a criminal case.

Cohen suggested that now that some of Trump's associates have been pardoned, they would no longer need to invoke the Fifth Amendment to protect themselves - thereby opening the door for prosecutors to use these people as witnesses to build a criminal case against the president.

Trump has issued dozens of pardons and commutations in the past month, as his first and only term in office comes to an end. But there have been reports that Trump is considering even more pardons in his final days, including preemptive pardons for his children or close allies like his personal attorney Rudy Giuliani.

While presidential pardons are usually issued to people who have already been convicted of a crime, the power extends to anyone who has been charged or could be charged with a crime, according to Reuters. However, this power only applies to actions that have already taken place.

Among the criminal cases is an investigation by Manhattan District Attorney Cyrus Vance into the Trump Organization. Separately, New York Attorney General Letitia James is also leading a tax fraud investigation into Trump and the family business.

In his MSNBC interview, Cohen said that he probably would have gotten a pardon if he had not turned on the president.

"I would have received one had I agreed not to come out, not to speak truth to power," Cohen said.

Cohen was sentenced to three years in prison in December 2018 for campaign finance violations tied to the 2016 election and for lying to Congress.