Located on a remote site in the Northern Cape, the dishes - at just under 20m tall -- about three storeys high and weighs 42 tonnes each.

The longest distance between any two receptors is 8 kilometres.

These dishes listen to the very faint radio signals coming from far-away stars and galaxies, and then sophisticated electronics transform these signals into data that astronomers can use to decode the universe. 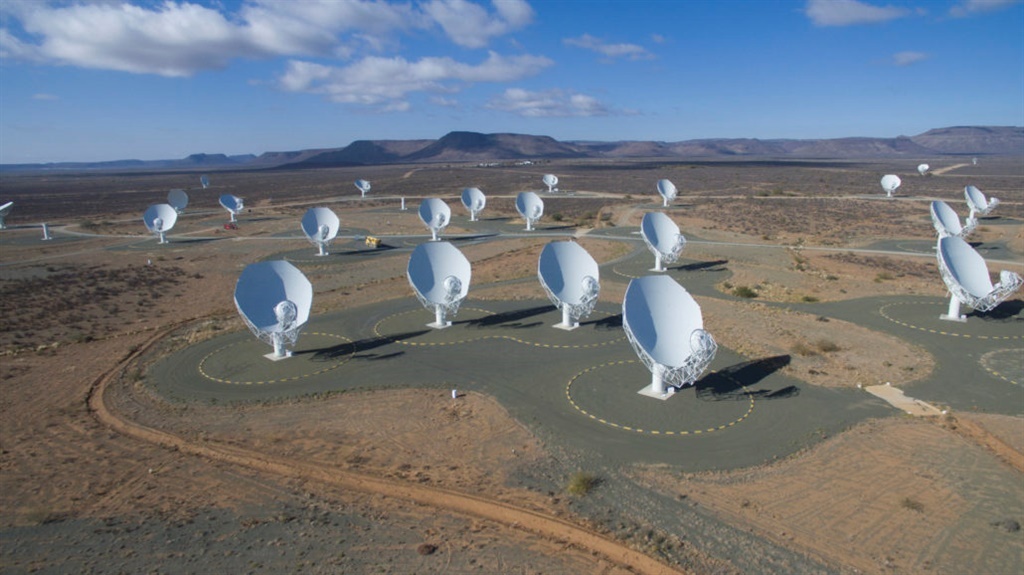 The MeerKAT can process up to 275 gigabytes per second.

The telescope was originally known as the Karoo Array Telescope (KAT) that would have consisted of 20 receptors. But, after the South African government increased the budget to 64 receptors, the team re-named it “MeerKAT”, ‘more of KAT’ in Afrikaans, and also conveniently after the much-loved mammal that lives in the Karoo region. Phones, cameras and electronic equipment are forbidden when the telescope is operational on site because these could damage the sensitive electronics on the dishes.

So far, the MeerKAT has produced the clearest radio image ever taken of the centre of our own galaxy, the Milky Way.

READ: An astounding image of the massive black hole at the centre of our galaxy, courtesy of Africa's new super telescope

MeerKAT will form part of the Square Kilometre Array, which will be the largest piece of scientific equipment on Earth and 50 to 100 times more sensitive than any other radio telescope on earth.

But until then, astronomers are excited to see what MeerKAT will be able to do, and are itching to get their hands on more data.

On Friday SA unveils the R4.4 billion MeerKAT telescope. Here’s what it’s for.

Related Links
After 5,300 years, the last meal of an ancient Iceman has been revealed — and it was a high-fat,...
South Africa will be contributing equipment to the largest science experiment on Earth. This is...
There's even more evidence that coffee is good for your heart — and 4 cups a day might be the...
Next on Business Insider
Google's Russian unit will file for bankruptcy after authorities seized its bank account, reports