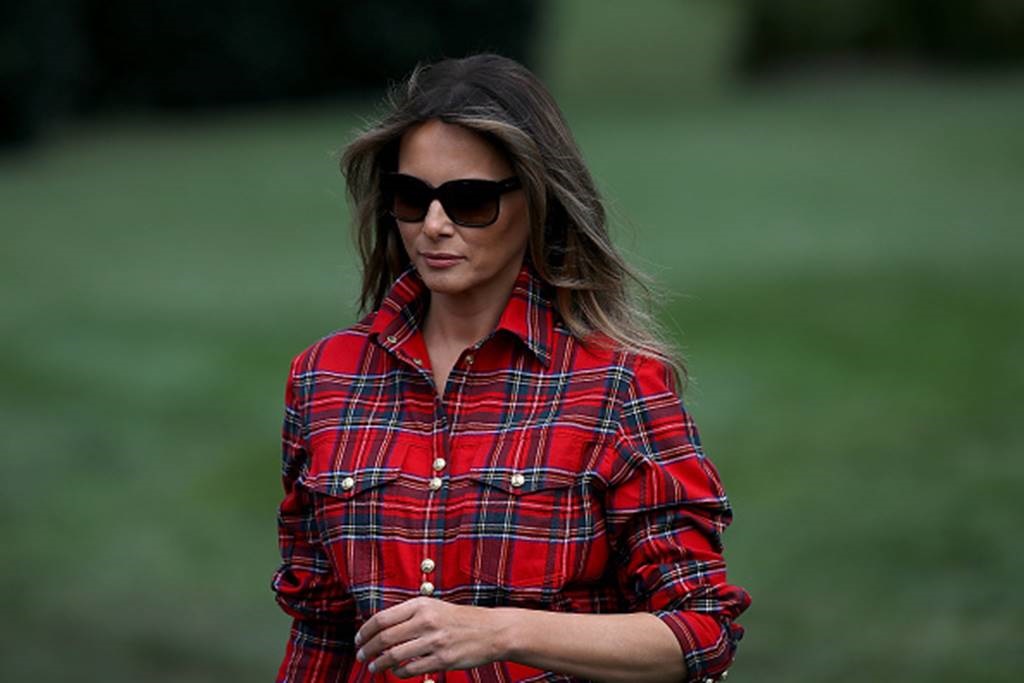 Photos of Melania Trump gardening in a photo shoot-ready outfit are going viral, almost a year after the first lady made a public appearance in Michelle Obama's vegetable garden.

In September 2017, the first lady hosted local schoolchildren in the White House Kitchen Garden, founded by Michelle Obama, to help harvest it.

Trump wore a Balmain plaid shirt to the event, along with squeaky-clean Converse sneakers. The shirt was priced at more than $1,000 at the time, but it has since been discounted to $690 at Net-A-Porter.

While the event took place almost a year ago, the photos have been blowing up as memes on social media over the last few days.

Many of the memes pointed out that the first lady looked a bit out of her natural element in the garden.

One of Michelle Obama's best-known acts as first lady was establishing the garden in 2009. It was a symbol of her efforts to reduce rates of childhood obesity with initiatives such as the "Let's Move" campaign and school nutritional regulations.

In addition to serving as a symbol of her initiatives, Obama used the garden as a place to showcase her down-to-earth fashion. Vogue said in its review of Obama's 2012 book "American Grown" that "throughout the book, the first lady, always beautifully coiffed, wears a different J. Crew sweater to match the season (marigold yellow for summer, argyle for autumn)".

Trump's garden style is less accessible than Obama's clothes from J. Crew and Target. At $690 for a seemingly casual shirt, most people aren't likely to run out to copy Trump's style.