The Royal Wedding is May 19, 2018.
Chris Jackson/Getty Images

American actress Meghan Markle's life undoubtedly changed when she began dating Prince Harry, but with their royal wedding making her an official part of the royal family, her life changed in an even bigger way.

Here are 16 major ways Markle's life has been altered now that she and Prince Harry have tied the knot.

She can't be active in politics. 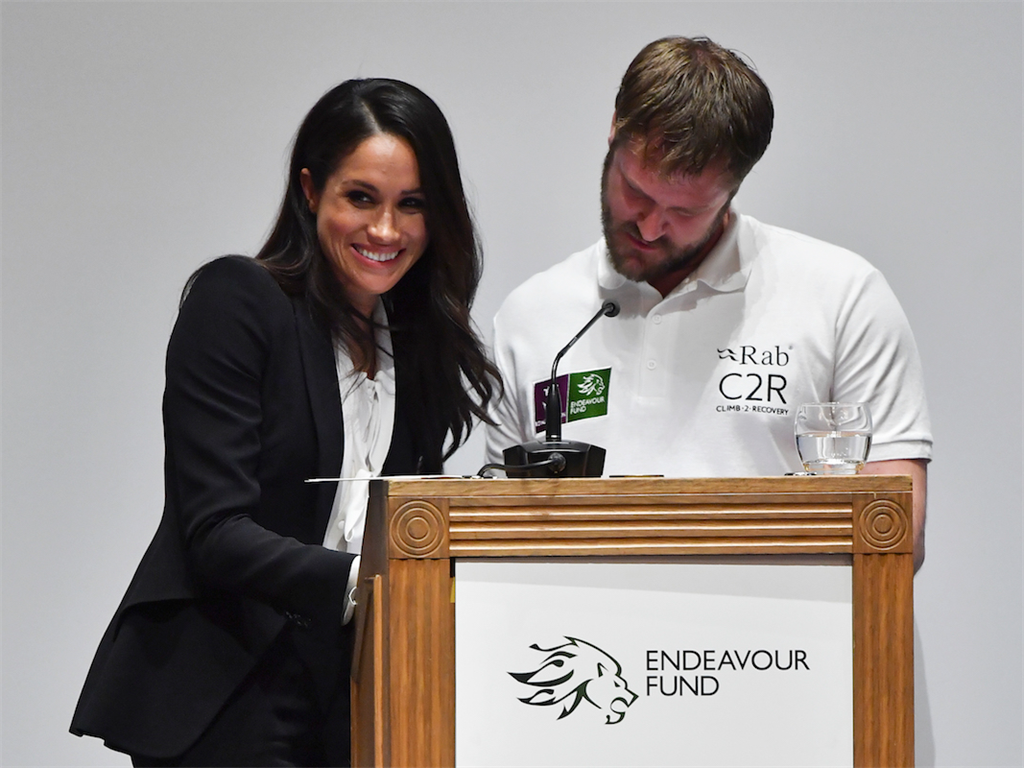 Markle was outspoken about racial issues and gender equality before she became the Duchess of Sussex, but she can't be an active participant in politics married to Harry.

Royals are apparently forbidden from discussing specific political views publicly, and while voting in British elections isn't expressly prohibited, Newsweek reports that it's not done.

Members of the royal family are also prevented from running for office. So, alas, Markle won't be making her presidential run anytime soon.

Markle still speaks out about gender equality, but in broader terms. While visiting New Zealand, the first self-governing country in the world to give all women the right to vote in parliamentary elections, she delivered a speech about feminism and women's suffrage.

"The achievements of the women of New Zealand who campaigned for their right to vote and were the first in the world to achieve it are universally admired," she said. "In looking forward to this very special occasion, I reflected on the importance of this achievement, but also the larger impact of what this symbolises. Because, yes, women's suffrage is about feminism, but feminism is about fairness."

As to whether Markle voted in the US 2018 midterm elections, Kensington Palace just told People "No comment." Prince Harry's communications secretary told BBC that Markle intends to become a citizen of the UK and will be "compliant with immigration requirements at all times."

She'll have to go through the same process as anyone else: after five years of being married to a citizen, she can be granted permanent residency and apply for citizenship by taking a test.

She's giving up her acting career. Markle is an accomplished actor, philanthropist, blogger, and fashion designer. And although the Crown loves ambitious partners for royals, wives of royals are often "encouraged" to give that up and focus on royal pursuits once they marry into the family.

Many have noted that Markle shut down her blog "The Tig" and has started using her platform to speak about charities she is passionate about - a career more in line with what she'd be encouraged to do as a royal.

There's nothing explicitly saying she has to give up acting now that they're married, but Grace Kelly notably abandoned her acting career when she became Princess of Monaco.

She joined the Church of England. 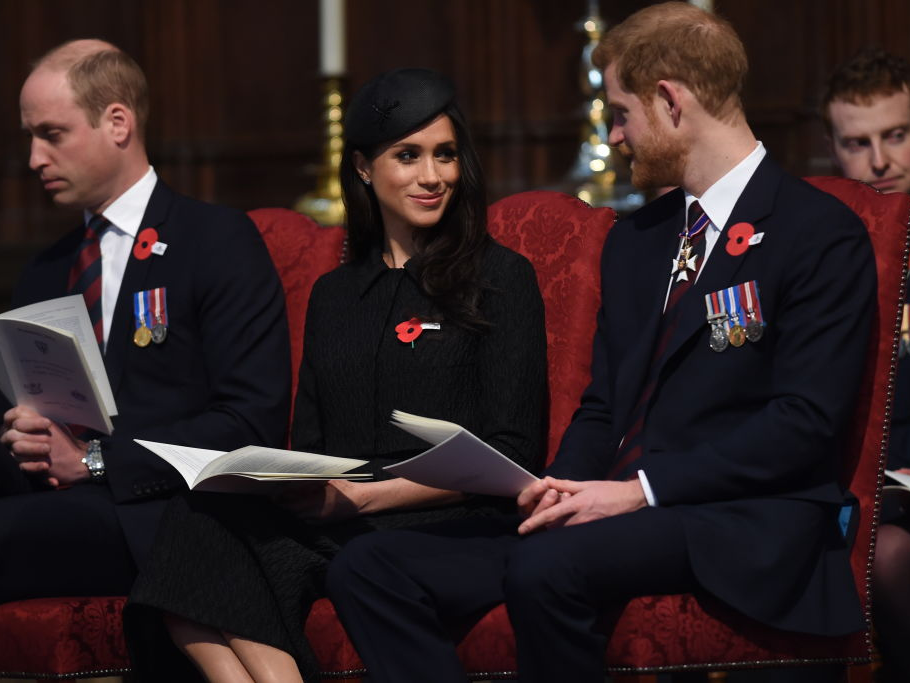 She won't use social media. Princess Eugenie is the only member of the younger generation of royals who has a personal social media account, so many predicted that Markle would delete her Facebook, Twitter, and Instagram pages when she got engaged.

Indeed, Kensington Palace released a statement in January saying that the time had come.

"Ms. Markle is grateful to everyone who has followed her social media accounts over the years, however as she has not used them for some time, she has taken the decision to close them," the statement said.

She can never play Monopoly at home. This is an odd, but true fact. The royal family is expressly forbidden from playing the board game "Monopoly" with each other because the games apparently got "too vicious."

She has to sit in royal ranking order. The royal family always has to sit and arrive in a room in order of succession to the throne. And although that means she'll likely be able to sit with Harry for most functions, she'll also have to get used to claiming the same spot with the same seatmates.

She has to curtsy to all higher-ranking royals. There's an Order of Precedence that dictates who must bow or curtsy to whom in the royal family. For example, the queen's children and grandchildren bow or curtsy if they're seeing her for the first time that day.

There's also a distinction between people who are born into the royal family and people who marry into it.

When Kate Middleton married Prince William, the queen updated the Order of Precedence and dictated that Middleton should curtsy to "blood princesses" - Princesses Anne, Alexandra, Beatrice, and Eugenie, according to The Telegraph. Because they were born into the royal family and Middleton married into it, they outrank her.

There's one exception: If Prince William is present, that elevates Middleton's ranking and reverses the order, requiring the "blood princesses" to curtsy to her.

These rules will likely apply to Markle, as well. Since she married into the royal family, she would curtsy to princesses born into it unless she is with Prince Harry, in which case they would curtsy to her. 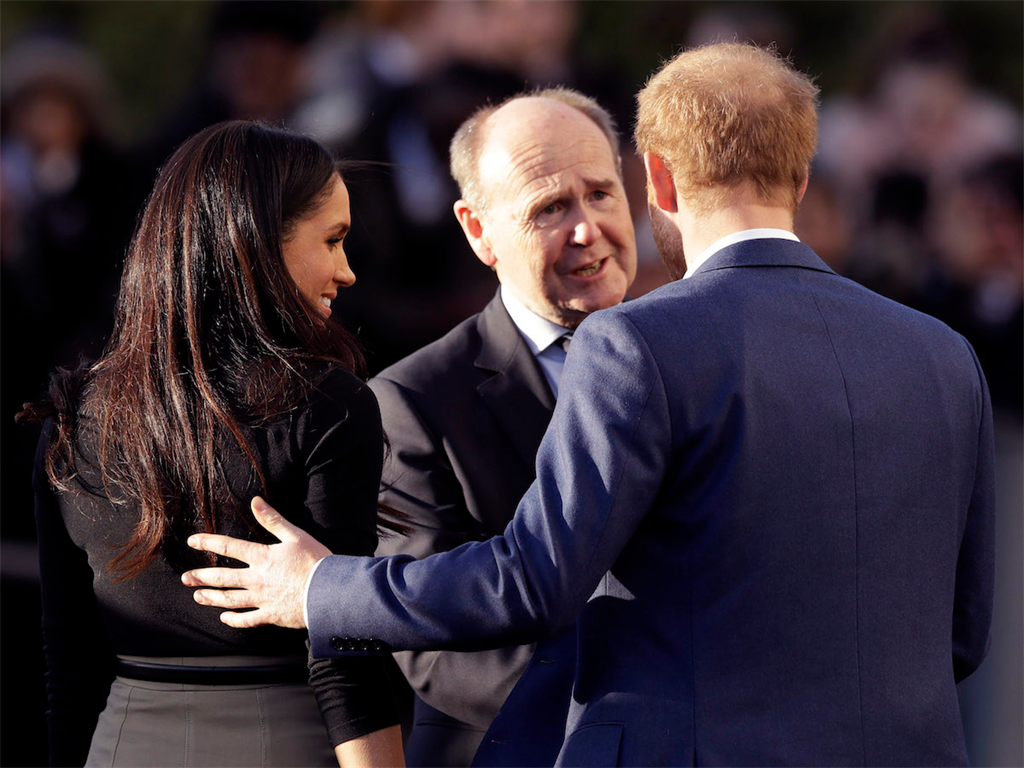 Meghan Markle is no longer just Meghan, Meg, or Rachel from "Suits."

People call her by her more formal title, which is the Duchess of Sussex. She will never be referred to as "Princess Megan" though because only royals by blood can be called "princess." Markle is known as a fashionista, and even guest designed for a clothing line. But she's probably being encouraged to dress modestly and dress formally, even though it's not an official requirement.

After all, look at the hubbub that accompanied Kate Middleton when she wore a slightly off the shoulder dress.

She has even more security. Being a royal isn't easy, especially when it comes to being protected from legions of adoring fans. CNN noted that she has access to a team of bodyguards and security detail.

But it's not like Meghan was vulnerable before marrying Harry: she reportedly gained a security presence after news of their relationship went more public, according to Us Weekly. 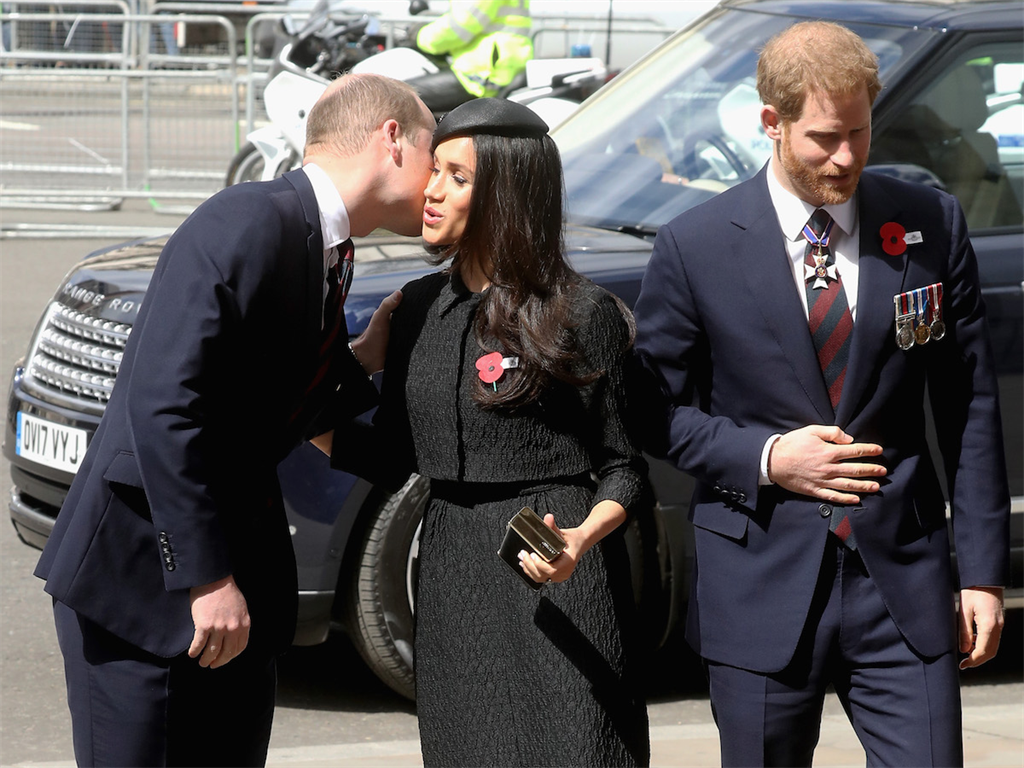 Markle and the queen have apparently gotten on pretty well, which is a good sign, since she'll have to get very good at paying attention to the queen.

Members of the royal family are expected to go by the queen's lead. If she's standing? You're standing. She's sitting? You'd better sit if you can.

She has to familiarise herself with British dining etiquette. When it comes to dining etiquette at fancy palace dinners, the royal family holds knives in their right hand and forks in their left with the tines facing down. They also don't stab their food with the tines of the fork - instead, they scoop it up and balance it on the back of the fork, bringing it to their mouth that way.

Holding teacups properly is also important, using the thumb and index finger to hold the handle and the middle finger to support the bottom. Extending your pinky out is a big no-no, Beaumont Etiquette's Myka Meier told INSIDER.

She has to master the "duchess slant" when she sits. 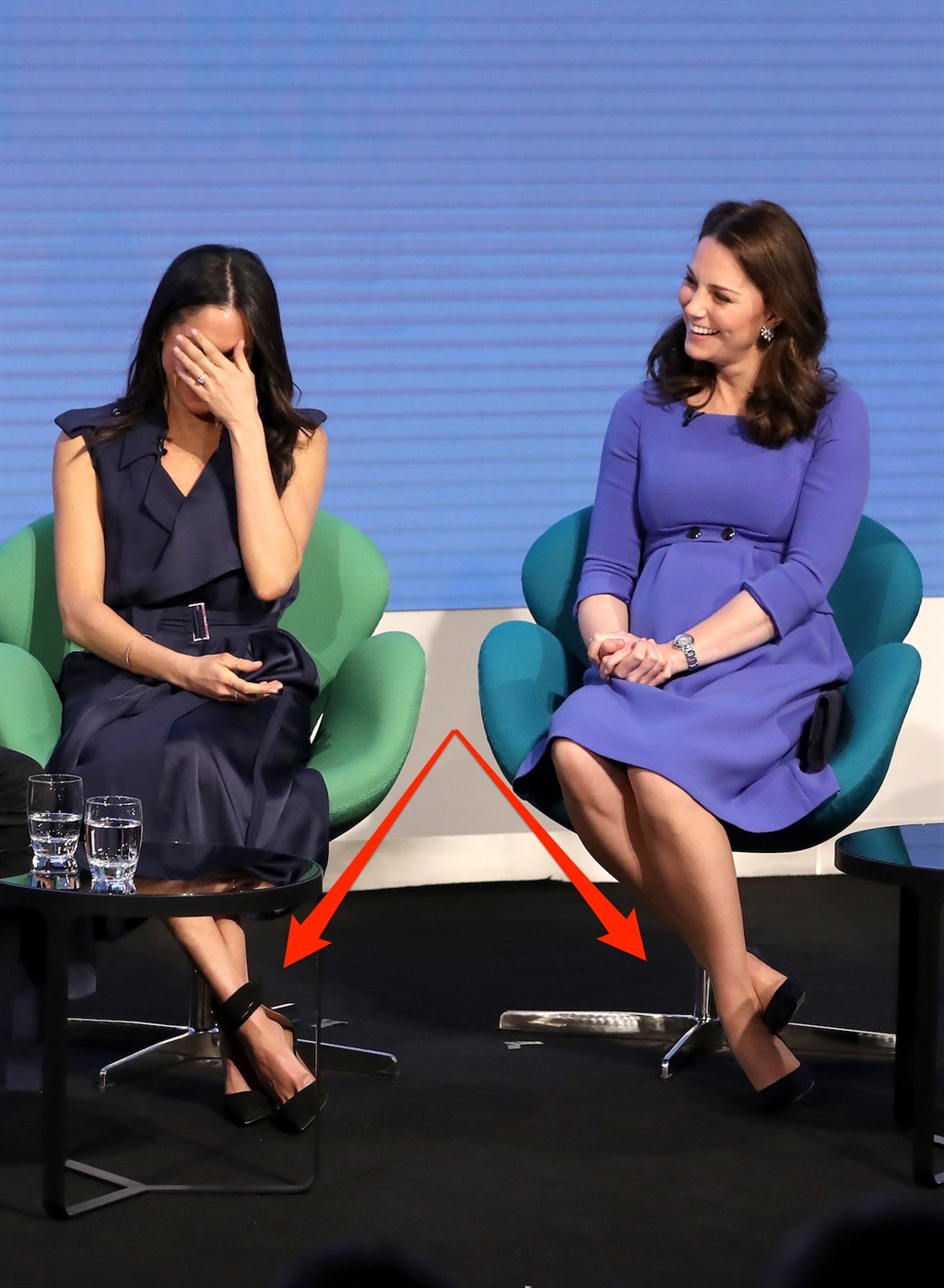 The term "duchess slant" was coined by Beaumont Etiquette to describe the way Kate Middleton sits with her knees and ankles together slanted to one side. It's a posture that Markle is already mastering.

"Typically the 'duchess slant' is used when a lady has to sit for an extended amount of time while keeping poise and posture," royal expert Myka Meier of Beaumont Etiquette previously told INSIDER.

"It is the perfect pose for when a camera is shooting directly in front of you because by slightly slanting the knees to create a zig-zag effect when wearing a dress or skirt, your legs are angled so that the camera - or in this case a crowd - only sees and shoots the sides of your legs and protects your modesty." Markle's life before royalty was nothing to scoff at: she was a successful actress and had an impressive career. But, of course, marrying into the family guarantees that she will live more comfortably than she can imagine.

It's unclear what budget she'd have, but it's pretty safe to assume Harry could spare some of his estimated $40 million (about R560 million).

She has to wear a lot more hats. American women don't often wear hats unless they're at the Kentucky Derby. For the women of the royal family, no formal look is complete without a hat to top it off.

Royal protocol dictates that women must wear hats to all official occasions. It's a stipulation that dates back to before the 1950s, when women rarely showed their hair in public, according to the BBC.

Hilary Alexander, fashion director at The Daily Telegraph, told ABC News that hats are also "part of the social fabric" of posh events in British society.