Meghan Markle confirmed she has a new puppy, but says everyone got its name and gender totally wrong 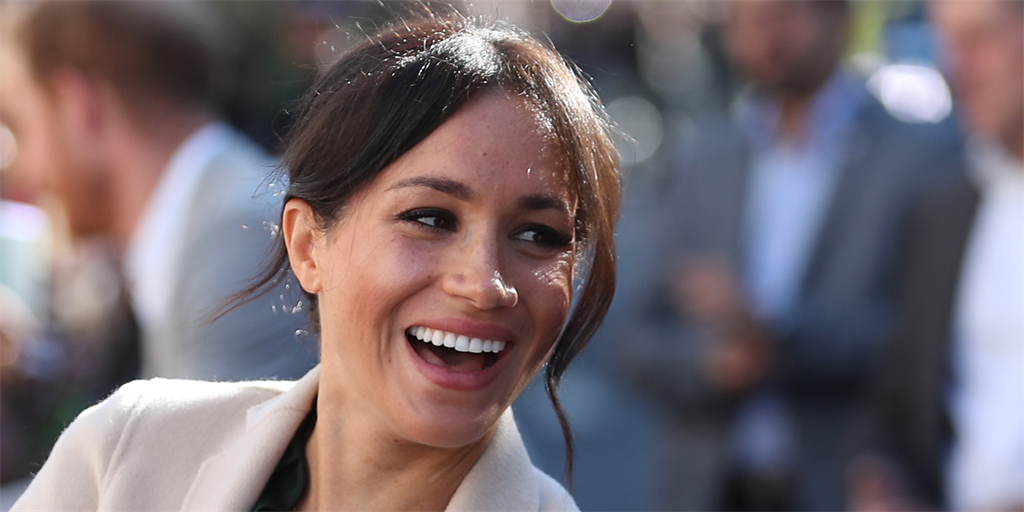 Meghan Markle corrected the record on her new dog.
WPA Pool/Getty Images
Meghan Markle confirmed that she had a new dog - but said everyone is getting its name and gender wrong.

But the Duchess of Sussex suggested that was wrong.

While being presented with a photo frame for their dog in Brighton, East Sussex, this Wednesday, the Duchess remarked: "They keep getting her name wrong."

But she kept the mystery alive, and didn't say what the dog's new name actually is.

Watch the Sussexes talk about their new dog from the 0:46 mark in the video below, which was published by Daily Mail royal correspondent Rebecca English.

Markle is a known dog lover and had two rescue dogs before she moved to London.

One of the dogs, a Beagle named Guy, moved with her to the UK to live with Harry. The second dog, Bogart, is reported to have stayed in Canada with friends as he was too old to make the trip across.

A children's book about Guy is coming out in November. "His Royal Dogness, Guy the Beagle: The Rebarkable True Story of Meghan Markle's Rescue Dog" will tell the story of Guy's rescue in Kentucky and his finding acceptance in the royal family.