Jay Caboz , Business Insider SA
This shipping container can provide 3 kilowatts of green energy, and protects itself when there is trouble.

He called it the SolarTurtle Automatic,because when folded out it looked like a turtle, and like a reptile it needs the sun to get going.

“Micro-franchises are really where our heart is. We want to use these boxes as energy kiosks. So, people in the community that don’t have power can come and buy electricity from the container blocks,” says Van der Walt. 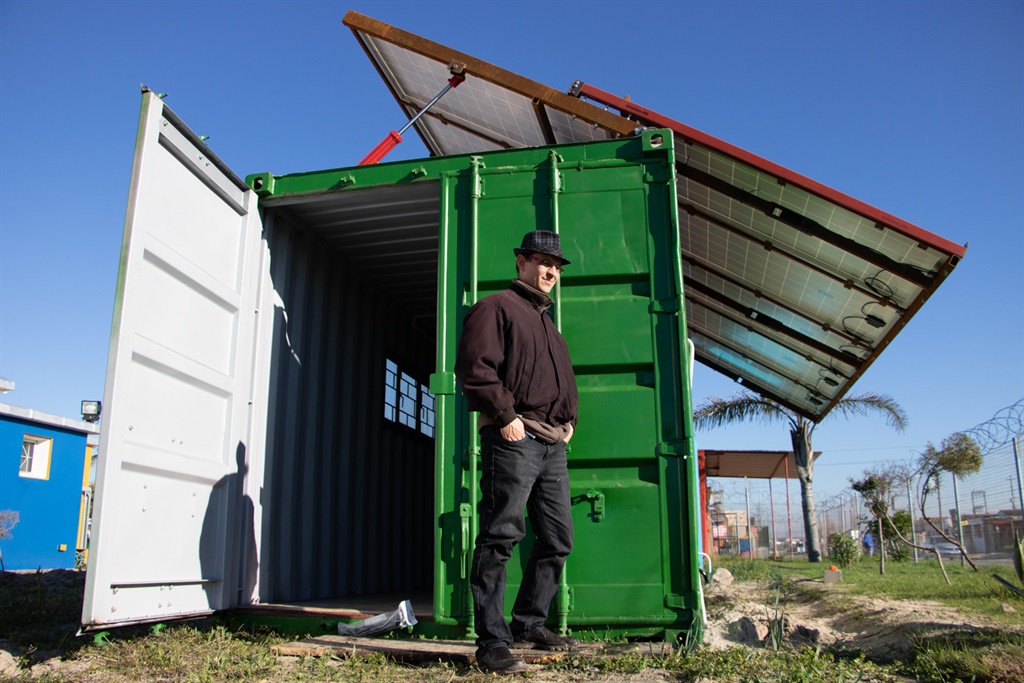 The need for a container that can defend itself became clear when a previous model was damaged during a service-delivery protest at a school in 2016.

“The ladies that worked in the container energy kiosk had no time to use the original (manual) system to fold away the panels,” says van der Walt.

The renters locked themselves inside the container, but the panels where left exposed to flying rocks and rubble.

It took over a year to build the fold-away system, in partnership with the Building Block Society and with R350,000 in funding from the Royal Academy of Engineering and the SAB Foundation.

The 600kg steel frame system can fold up in just 46 seconds.

South Africans have been using the containers in surprising ways. This one in Delft, 26km outside Cape Town, will power a tailoring business as well a bakery. It is also equipped with WiFi and can be controlled with a cell phone.

Other "turtle-preneurs" have run ice machines, printed ID photos, and operated a rural internet cafe, where children could charge their phones and buy airtime to surf the internet.

SolarTurtle recharge phones at R5 per unit or R150 per month for as many times as you want, with electricity stored in power banks.

Floor space can be rented out at R1,500 a container.

There are five SolarTurtles in operation with a further 10 being built for Lesotho.

Van der Walt imagines them being used as drop-and-go clinics for disaster recovery in the future.