With more load shedding this week, Eskom continues to struggle to supply power to South Africa. The state utility announced this morning that it would continue to implement Stage 2 load shedding into Friday.

In a press statement it said it has now lost 14,000MW due to unexpected breakdowns and scheduled maintenance overnight. Eskom also said its emergency reserves were insufficient to meet the demand for electricity during the day, and would thus need to load shed during day hours.

Way back in 2007 (13 years ago now) the world was a very different place. South Africa's economy was booming, and the country committed to spending a lot of money on upgrading its electricity generation capacity. That year alone Eskom approved 13 projects worth more than R200 billion with grand intentions to increase its output by 56% by 2017.

Key to this expansion were two mega-projects: coal fired power stations Medupi and Project Bravo (now Kusile). Back then the stations were expected to cost a total of R163.2 billion and bring in 9,600 megawatts (MW).

At a soil-turning ceremony in August 2007, Medupi was expected to bring 4,788MW of power. It was hailed as a bright beacon for the future for Eskom, the first station of its kind to be built over the last 20 years, and with the last of its 6 units expected to be commissioned in 2015.

Thirteen years later the power station is yet to be completed. South Africans will be lucky if it is finished by 2021, while Kusile's expected completion date has been pushed to 2023.

The R163.2 billion has ballooned to a staggering R451 billion if you include the cost of interest during construction and fitting the plants with equipment needed to meet environmental standards, reported Paul Burkhardt and Michael Cohen for Bloomberg and published on Fin24.

Here are more facts about the troubled power station you should know.

Wet coal has on occasion been blamed for electricity rationing.

Medupi is located west of Lephalale, in Limpopo. Medupi is fed by the same coal mine, Grootgeluk, as the Matimba power station next door. Construction on Matimba started in 1981 – now nearly 40 years ago.

Satellite imagery shows how far Medupi is behind schedule. The current state of Medupi as of January 2020. Source Google Earth imagery.

The power station comprises of 6 units with a gross nominal capacity of almost 800MW each, resulting in a total installed capacity of 4,788MW.

In June 2019, Unit 3, and in November Unit 2 reached commercial operation and synchronized to the national grid, contributing a total of 4,000MW to the national electricity grid.

It leaves one unit to be commercialised, Unit 1, which was synchronised in August 2019 and is currently feeding an average of 400MW to the grid.

Back in 2007 it was excepted that the last of these units would be commissioned in 2015. That puts the power station over 4 years behind schedule.

Initial costs estimates for Medupi were at around R80 billion (2007); an energy expert says it's now R208.7 billion – conservatively.

Minister of Public Enterprises, Pravin Gordhan, told the portfolio committee on public enterprises in February 2019, that the costs of Medupi and Kusile had increased by more than R300 billion. This puts the costs at R145 billion for Medupi and R161.4 billion for Kusile, Mail & Guardian reported.

Chris Yelland, energy expert and managing director of EE Publishers, put that same total at a conservative R208.7 billion. Yelland noted the government had not included the fact that Medupi needs to be retrofitted with pollution control measures for coal and sulphur content, which is beyond the legal limit. It could take up to 2030 to install the air scrubbers that are supposed to clean up Medupi's sulphur dioxide emissions.

Read: Eskom now says it will take at least 8 more years to build Medupi air scrubbers – and it never wants to comply with air pollution limits

More steel was used to build Medupi than the world’s tallest building, the Burj Khalifa in Dubai.

The overall forecast was 120,000 tons of structural steel for all six units.

Medupi has a planned operational life of 50 years.

The boiler and turbine contracts for Medupi were the largest contracts that Eskom ever signed in its 90-year history.

Despite being new, the station is not performing as expected. 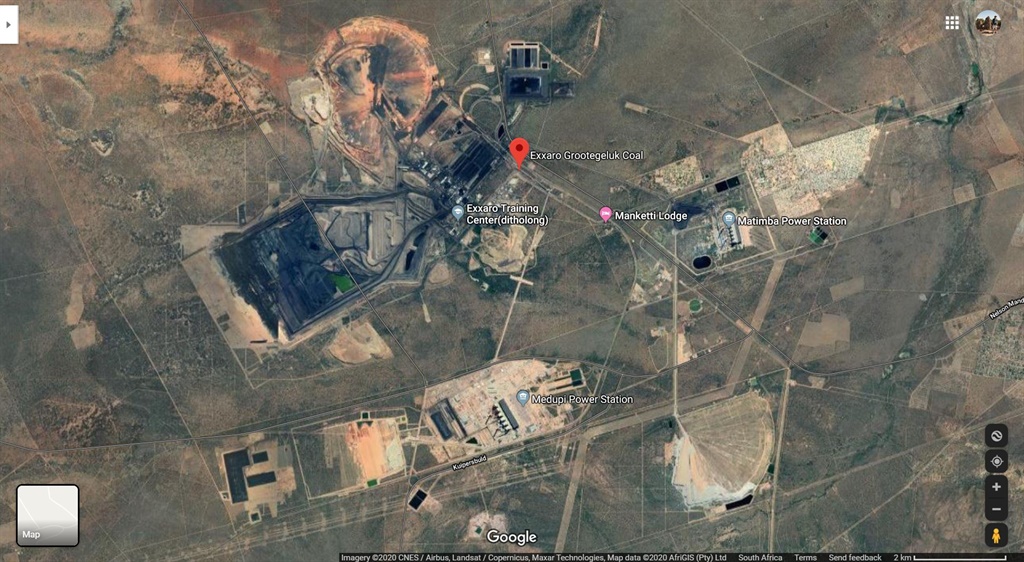 Regardless of its faults, Medupi is still recognised internationally as a feat of engineering.

Medupi's GE Steam Power Systems were awarded a Global Project Excellence Gold Award at the 2016 IPMA Project Excellence Awards for its work in becoming the biggest dry-cooled power station in the world and the 4th largest coal plant in the southern hemisphere.

Listed among some for Eskom’s original rationales for building it were...