A view of the North Rift crack on the Brunt Ice Shelf in February 2021.
Sebastian Gleich/British Antarctic Survey

Scientists have been keeping tabs on the capricious ice for years, and the event they'd been watching out for finally happened on Friday: An iceberg more than 490 square miles (1,270 square kilometres) in size splintered off the shelf. It's about the size of Los Angeles, and more than 20 times the size of Manhattan.

The Brunt Ice Shelf is located on Antarctica's northern rim. It has all the key ingredients for a massive calving event - the term for when a chunk of ice breaks off and floats out to sea. The British Antarctic Survey (BAS), had warned since November that the event was "imminent," since a crack called the North Rift had opened up on the shelf.

In January, the rift started lengthening by more than 0.8 kilomtres per day. The video below shows the crack from the air.

Early on Friday, the last 1,000 or so feet (a few hundred metres) of the crack tore through the ice, and the 'berg cracked free.

Converging cracks in the ice The North Rift crack in the Brunt Ice Shelf, as seen from the air on January 12, 2021.
Andy Van Kints/British Antarctic Survey

The North Rift is the third major crack to develop on the Brunt Ice Shelf since 2011, according to the BAS, which keeps tabs on the region's ice using satellite imagery.

But this one wasn't the crack that had researchers concerned. Two other cracks have been accelerating toward each other since 2019, known as the "Halloween crack" and "Chasm 1." If  those meet, an even bigger iceberg will slough off into the ocean.

"It seemed as though one of these would eventually lead to a calving event," Adrian Luckman, a glaciologist at Swansea University in Wales, told Insider. "The development of a new 'North Rift' towards the end of 2020 was a bit of a surprise but shows how complex the dynamics of ice shelves can be."

NASA started tracking the Halloween crack in October 2016 (hence its name). It's growing eastward from an area called McDonald Ice Rumples - a spot on the shelf's surface where the ice isn't flat and instead features crevasses and rifts.

The "Chasm 1" crack is located southeast of the McDonald Ice Rumples and started showing signs of movement in 2012. It started accelerating north in 2019, putting it on a collision course with the Halloween crack. The two are now just 1.2 miles (2 kilometres) apart. When they converge, a piece of ice about 1,709 square kilometres in size could break off the ice shelf.

According to the BAS, neither Chasm 1 nor the Halloween Crack have grown in the last 18 months. But Luckman, who's been tracking the Brunt Ice Shelf cracks over the past few weeks using satellite imagery, thinks that quiet period is at an end.

"Chasm 1 will certainly give rise to a further large calving event and I anticipate that this will happen in weeks to months," he said. The North Rift crack in the Brunt Ice Shelf, as seen from the air on January 12, 2021.
Andy Van Kints/British Antarctic Survey

This isn't the first time Antarctica has lost a giant iceberg, and it didn't set any records for size. In 2017, an iceberg the size of Delaware broke off the continent's Larsen C Ice Shelf.

"It is entirely natural for sections to calve away from ice shelves. As ice flows off the land, the ice shelf grows and eventually reaches a size which is unstable," Luckman said. "Some calving events are small and go unnoticed, but every few years, a large one such as this happens."

It's difficult for scientists to determine how and why certain cracks in the Antarctic ice suddenly begin to grow, and there's "no evidence that climate change has played a significant role," the BAS said in a press release.

Still, research shows that warming oceans are speeding up Antarctica's melting overall. In the 1980s, Antarctica lost 40 billion tons of ice annually. In the last decade, that number jumped to an average of 252 billion tons per year.

The instability of the ice has already impacted BAS researchers working at the Halley Research Station, where scientists study space weather and Earth's atmosphere. In 2017, the expansion of Chasm 1 forced scientists to prematurely end the winter research season at Halley and close the station early.

Since the station's inception in 1956, there have been six Halleys. The station's current iteration, Halley VIa, moved 14 miles upstream from its original location, which had been to the west of Chasm 1, on the crack's inland side.

"Four years ago, we moved Halley Research Station inland to ensure that it would not be carried away when an iceberg eventually formed. That was a wise decision," Simon Garrod, director of operations at BAS, said in the release. "Our job now is to keep a close eye on the situation and assess any potential impact of the present calving on the remaining ice shelf." 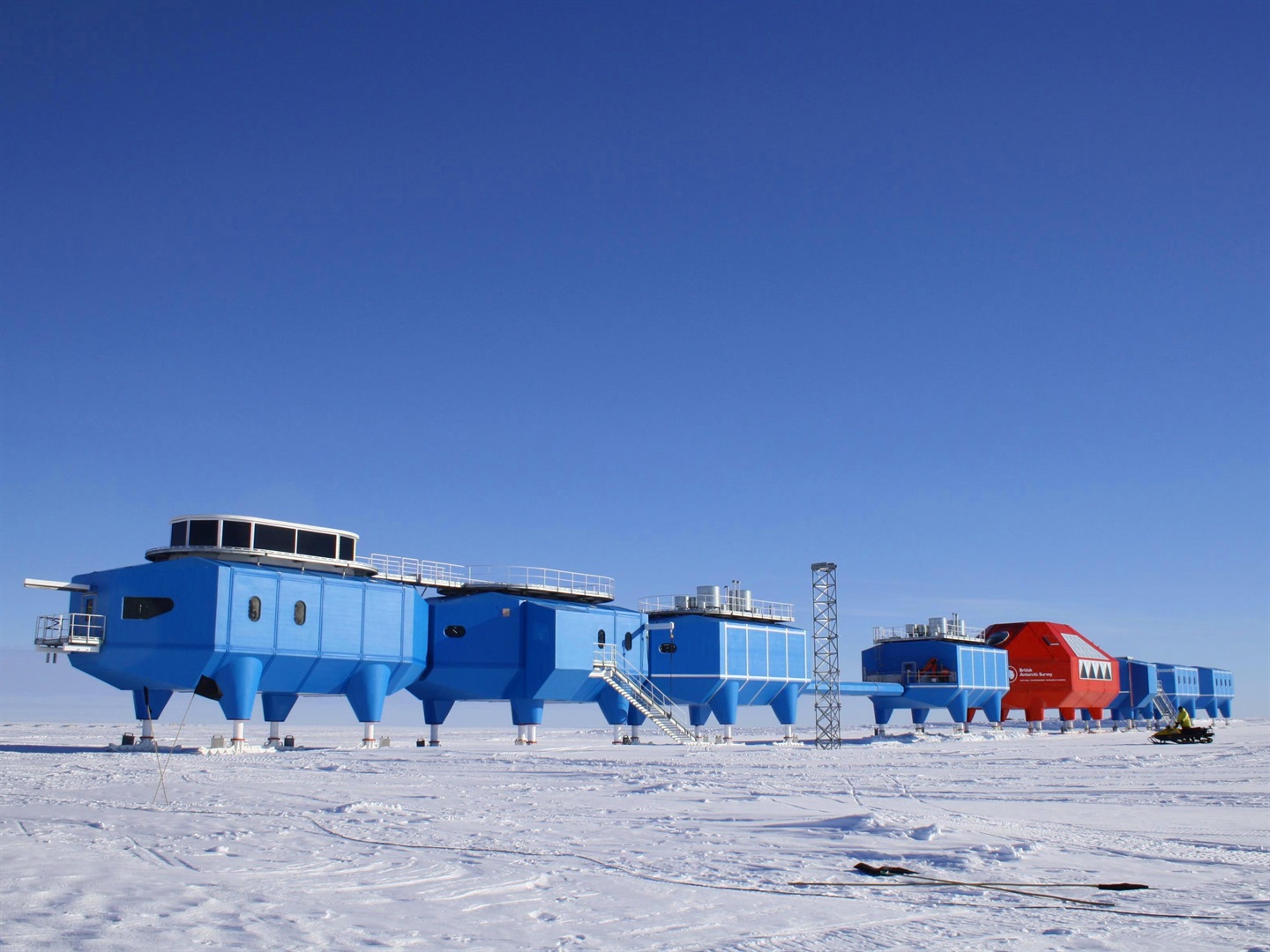 Luckman said he doesn't think future calving events will pose a threat to the research station.

"Halley VI is on a stable part of the ice shelf," he said. "But as we have seen, the future behaviour of fracturing ice is very hard to predict."

Related Links
World’s largest iceberg on a collision course that could wipe out penguin chicks and seal pups
The best underwater photo of the year shows Antarctic seals gliding gracefully around an iceberg
Antarctica is about to lose an iceberg more than twice the size of Cape Town — and it could...
Next on Business Insider
Bankrupt Sri Lanka, which said it has less than a day of fuel left looking to buy cheap Russian oil