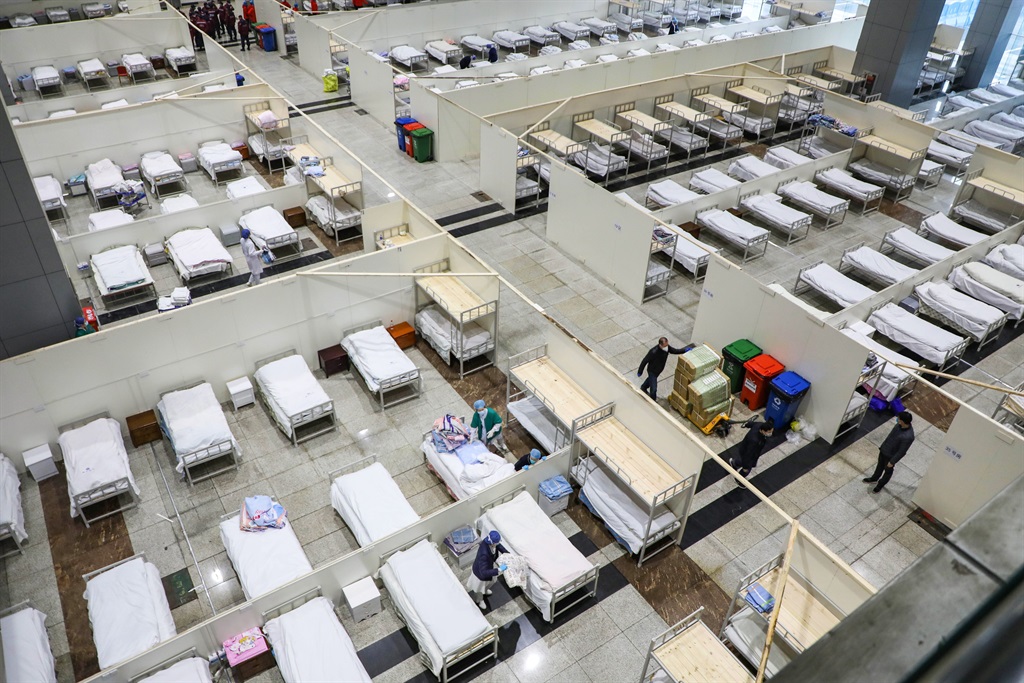 Last week saw a bloodbath on global markets, with mass selling - due to coronavirus fears - wiping out an estimated $6 trillion in value.

The local market suffered its fair share of the carnage, with the JSE’s all-share index losing 11% - the fourth biggest weekly loss since 1978: Investors took fright as the economic impact of the coronavirus started to emerge across the world, with companies warning that their profits will be hit.

Manufacturing at Chinese factories has stalled since the start of the Chinese new year, on 25 January. While the factories were supposed to only be closed for four days for the national holiday, government ordered factories to remain shut for the next two weeks as the outbreak of the coronavirus intensified.

Government then ordered all factories to open again on 10 February, but manufacturing has not returned to full capacity as many Chinese workers choose to stay home to avoid infection, as the death toll there reaches 2,700.

According to some reports, Chinese manufacturing is still running at only 20% of capacity, and fewer than 30% of small businesses have reopened their doors since the Chinese new year.

New data released on Saturday confirmed that Chinese manufacturing activity slumped to a record low in February. Apple and other international companies have warned that the manufacturing disruption is hitting product supplies.

But the disruption is also spreading beyond Chinese manufacturing and exports. China represents a fifth of the world economy, and as its citizens stay home and avoid travel, the global travel and tourism industries are bleeding, with many international events, trips and conferences cancelled.

It is also spreading beyond China. Parts of Italy are now on lockdown as the country reported hundreds of more cases in just 24 hours, and the coronavirus has also been spreading to other parts of Europe.

This is creating fears that the disruption due to the coronavirus could trigger a global recession. South Africa could be badly hurt:  Some 16% of South Africa’s imports come from China, while China is also SA’s biggest export destination, taking 11% of all of SA’s exports.

The US central bank looks ready to cut rates, given a surprise statement issued by the Federal Reserve chairman Jerome Powell on Friday.

Powell warned that “the coronavirus poses evolving risks to economic activity”, and that the bank will use its “tools” (read: interest rates) to support the economy. But his promises didn’t do much to assuage fears on Wall Street, which continued to fall.

In the past week, some 144 local shares (more than 40% of the shares on the JSE) slumped to their weakest levels in the past twelve months: Some of the worst-hit companies on the JSE included:

Sasol (-22% since the start of the year). The company, which manufactures fuel, was hit by a massive slump in the oil price, which is now at its lowest level in 14 months. Brent crude oil is about to break through $50 a barrel – 26% lower than at the start of the year. Some Chinese oil refineries have been closed for weeks, and demand for oil has diminished as fewer people travel across the world. Adding to the oil woes, is Sasol’s own problems with a problematic project in the US.

Retailers: Shoprite (-4% since the start of the year) has warned that it could take a R100 million hit in sales as it is struggling to import winter goods and heaters from China, and Woolworths (-19%) has also warned clients to expect “stock gaps” in the next two weeks.  Spar (-15%) has also come under pressure.

Anheuser-Busch InBev: The owner of South African Breweries (Castle, Black Label) dropped 7% just on Friday after warning that it lost $170 million (more than R4 billion) in profits since the start of the year as fewer people go out to drink in bars in China and elsewhere.

Financial shares, which are now 21% lower than a year ago, have also been bleeding in recent weeks.

A handful of JSE-listed companies hit their best levels in the past twelve months - most of them in the gold sector. But on Friday, even the gold price lost 4%. Gold Fields slumped 17% in a single day.

Gold is traditionally a safe haven investment: investors flock to it in times of distress and uncertainty.

But the gold price is coming under pressure as traders had to sell the metal to cover margin calls, Bloomberg reports. These traders have been “buying on margin” – basically borrowing money from their bank or stockbroker to buy shares. When these shares plummet, banks or stockbrokers start to demand cash to cover the losses. Traders have been frantically selling gold to get cash for these margin calls.

Due to coronavirus-related fears about demand for vehicle manufacturing, platinum lost 11% over the week and palladium was down more than 4%.

Despite the setback on Friday, gold stocks are still 74% higher than a year ago, while platinum miners are 71% up on last year.

One of the seasoned members of our team put this on our investment team doors this morning...reminding us that stomach-churning market moves are to be taken advantage of, not succumbed to! @Perpetua_Invest pic.twitter.com/4Ybj1s8onW