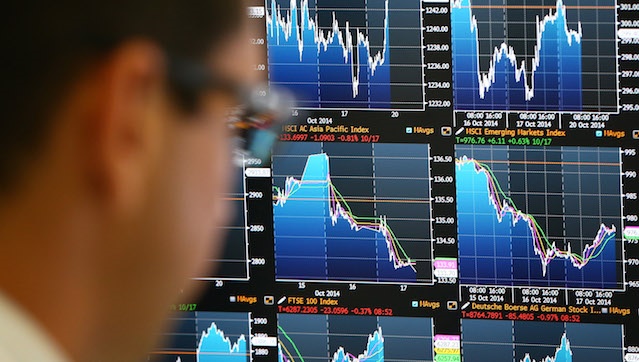 European markets started the week deep in negative territory as the continuing crisis over the Turkish lira drags on investor sentiment around the world.Asian markets fell sharply overnight, and those falls have now spread into Europe.

All major European share indices are lower around an hour after the trading session began on Monday.Spain and Italy are the biggest losers, down around 1% each. Elsewhere, markets are seeing losses of between 0.5% and 0.8% as investors continue to digest last week's 25% fall in the lira.

See also: The Turkish lira is sinking so fast it risks 'smashing into the ground' — and people are worried about European contagion

The Turkish currency's slide comes amid rising tensions between the US and Turkish President Recip Tayyip Erdogan over trade. US President Trump authorised increased tariffs against Turkey on Friday.

Erdogan himself exacerbated problems on Friday when he urged citizens to sell dollars and gold in exchange for lira. Over the weekend Erdogan doubled down, saying there was a "currency plot" against Turkey and argued the fall in the lira was not connected to economic fundamentals.

The lira's slide continued on Monday and the currency dropped as much as 10% against the US dollar in thin early morning trading, before stabilising a little as the morning progressed.

Markets remain unclear on the Turkish government's response to the crisis, although the Turkish central bank did pledge to maintain stability in the financial system in a statement issued early Monday morning.

"The Central Bank will closely monitor the market depth and price formations, and take all necessary measures to maintain financial stability, if deemed necessary," the TCMB said.

Those assurances did arrest the fall of the lira somewhat, but could not stop equity investors from selling. Here's the scoreboard in Europe:

The major concern around the lira is that its weakness will start to affect European banks. The eurozone’s chief financial watchdog has become worried about the exposure of major European lenders — mainly Spanish and French banks — to Turkish debt.

"Because of the high participation of foreign banks and portfolio investors in Turkey, there are clear risks of contagion," Hasnain Malik, strategist and head of equity research at Exotix, said in an email.

Capital Economics warned in a note on Friday that Spain, Italy, and France are likely to be the worst hit by the Turkish currency crisis due to the exposure of their banking systems. But the analyst house said the impact would be relatively limited due to the limited size of the Turkish economy.

More on the Turkish meltdown and its impact

Related Links
The Turkish lira is sinking so fast it risks 'smashing into the ground' — and people are worried...
A R2.1 billion corruption scandal in Argentina is roiling its financial markets
China looks to prop up its currency as it heads for a record losing streak
Next on Business Insider
JPMorgan trims Tesla price target as bank eyes 41% downside after lackluster 2nd-quarter deliveries