Mark Cuban says not many people pay in bitcoin because it's an appreciable asset, unlike dogecoin 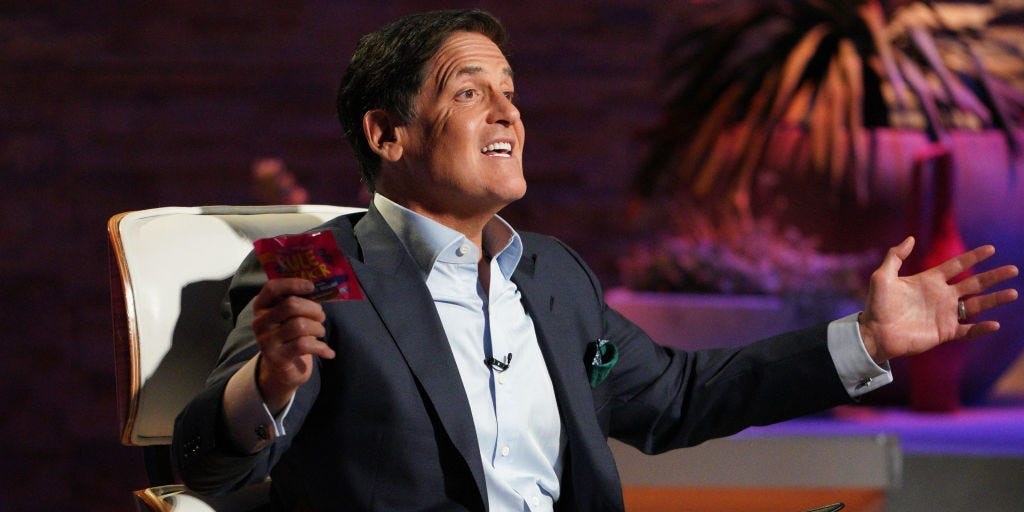 "Shark Tank" star Mark Cuban said few people use bitcoin to pay for Mavericks' game tickets and merchandise because they don't want to let go of an asset that will appreciate.

"It's a store of value, and they want it to go up in value," Cuban said on Monday on Fox Business' "Cavuto: Coast-to-Coast."

Instead, people prefer to hand over dogecoin because it doesn't have the same prospects for value growth, he said. The billionaire entrepreneur has claimed the altcoin's community is the strongest when it comes to being a medium of exchange.

"A lot of people pay in dogecoin. We sell thousands and thousands of dollars per month during the off-season," Cuban told host Neil Cavuto.

"Once the season starts, I expect that to happen per week in dogecoin. That's really because it's easy to spend, and it doesn't appreciate so much that people want to hold it forever."

Despite being a strong advocate for the meme-inspired token, Cuban said in August that he owns only $500 (around R7,700) worth of dogecoin. On Monday, he said that investment has increased to $1,500 (around R23,000).

"I bought a little bit more for fun," he said. "I've never told anybody it's a great investment. I've often said that it's a great way to get to understand how cryptocurrency works, how to invest in the market."

Cuban was asked what he would do if any of the Mavericks players wanted to be paid partly or fully in bitcoin.

"It's no big deal. But it'll end up with that they will have less money," he responded.

"The reason for that is there's transaction costs for us to go from dollars to bitcoin, and then to transfer it to them. So it's actually easier for them just to get paid in cash and then buy bitcoin on their own."