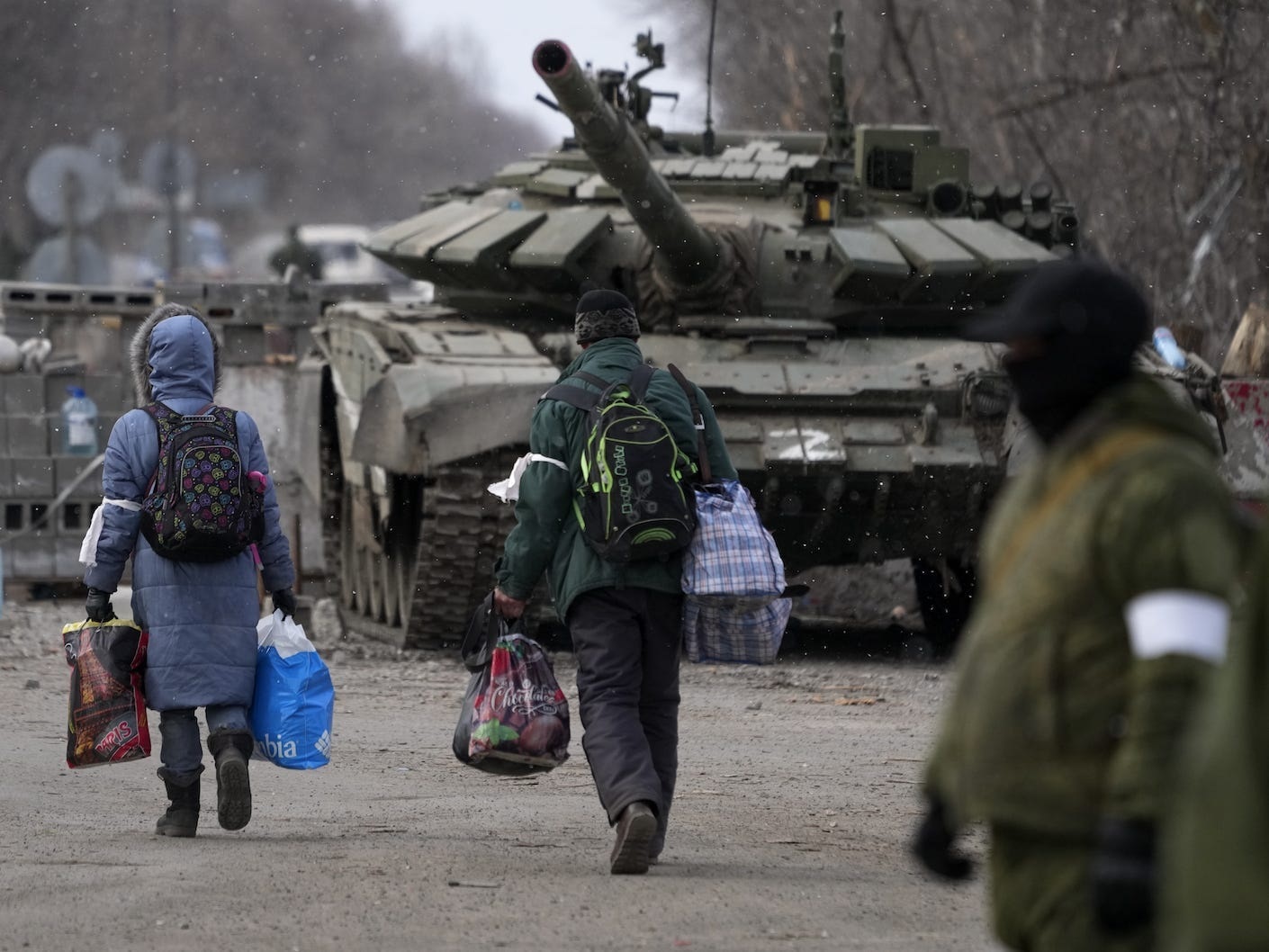 At least 5,000 people — including 210 children — in the city of Mariupol have died since Putin launched an unprovoked war against Ukraine in late February, Mariupol Mayor Vadym Boichenko estimated Wednesday.

Russian forces have inundated the city with bombardments. Among other things, attacks hit both a maternity hospital and a theatre that clearly had "CHILDREN" written in Russian on the outside.

Boichenko called this a "deliberate destruction of the civilian population of Mariupol" in a Telegram post.

"The world has not seen the scale of the tragedy in Mariupol since the existence of the Nazi concentration camps. Russia-occupation forces turned our entire city into a death camp," Boichenko said, according to a city council Telegram post. "This is the new Auschwitz and Majdanek."

The mayor estimates that approximately 90% of the city's infrastructure has been demolished in the war.

The International Committee of the Red Cross has ceased its efforts to get residents out of Mariupol saying the situation was "impossible," but the committee said it assisted approximately 1,000 residents seeking to escape on their own.

"The world should help punish Putin's villains," Boichenko said in his Telegram post.