Map: This is where the 13 confirmed cases of the novel coronavirus were found in SA Thirteen people have been diagnosed with Covid-19, or the SARS-CoV-2 virus, in South Africa, minister of health Zwelini Mkhize confirmed on Wednesday morning.

On Monday, six people were diagnosed with the virus after the first case was confirmed in Hilton, KwaZulu-Natal, on Thursday.

Eight of the thirteen cases are all part of a group of ten travellers who returned from Italy on the 1st of March. The other five cases all travelled through Europe the past two weeks.

In total, KwaZulu-Natal has seen seven coronavirus cases, Gauteng five and one in the Western Cape. 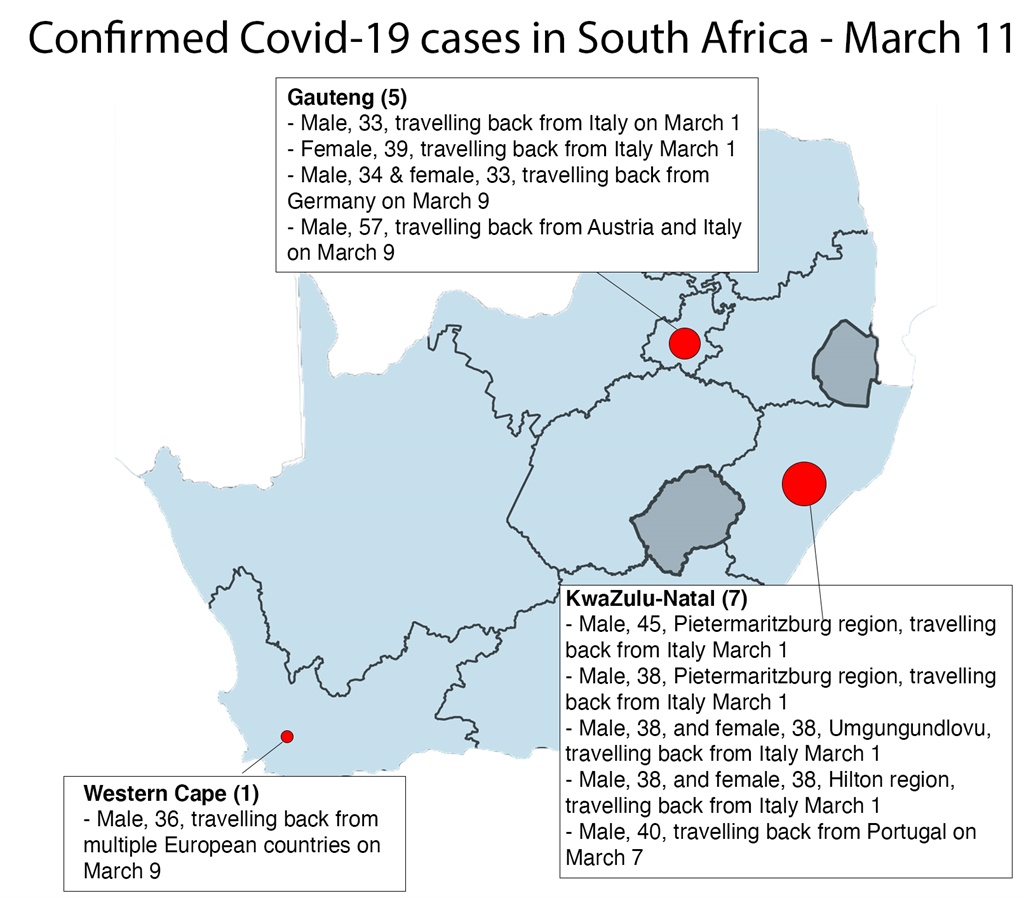 Mkhize said some of these patients are being treated in hospital while some, specifically those who are asymptomatic, are in self-quarantine.

Contact tracing has also started for all these cases, he said.  In total, over 645 tests have been completed in South Africa to identify the virus.

Over 100,000 people have been infected globally by the virus which has killed over 3,000 people since it was detected in Wuhan, China, in December.

It was declared a public health emergency of international concern by the WHO in January.

Since then a number of companies have cancelled corporate travel, while global events such as Barcelona’s mobile world congress, and creative conference SXSW in Texas, United States, have been cancelled.

Symptoms of the virus include a fever, cough, and shortness of breath and might appear within two to 14 days after exposure.

It spreads most commonly through the air by coughing and sneezing, through close personal contact such as touching or shaking hands, and touching an object or surface with the virus on it and then touching your mouth, nose, or eyes before washing your hands.