The musician behind the hit song Egoli, who’s also a fashion enthusiast, loved wearing Mbatata sandals, but a lack of comfort was a problem. “I don’t know if you’ve ever tried them on, but they are very flat,” said Simalane. “When I wore them, two hours was enough because my feet would hurt because also, the rubber underneath doesn’t bend much so I figured what can we do with this?” he told Business Insider.

To make the shoes comfortable,  Simelane, his business partner Katlego Leroy Tsoagong also known as ‘Cozy Bone’, and other former partners, decided in 2019 to reinvent the shoe with a sole that could provide maximum comfort. The solution was to use the soles of sneakers.

“We though let’s just merge the two, try an Air Force 1 sole, try a trainer sole, anything that has air technology to see if we can work with this aesthetic, and it kind of worked,” said Simelane. The product was well received and landed them a collaboration with Sneakers 4 Change, a local sneaker donation organisation which collects sneakers to donate to the less fortunate.

To help raise funds, the organisation hosted an exhibition where the shoes were showcased. The fashion icon requested a few pairs of shoes that would be worn in at the Durban Fashion Fair 2019 along with his designer apparel.

“He said he’s doing a fashion show and already has someone for shoes, but if we could confirm that we could make 20 by a certain date, then he’d drop everyone else for us. We made it happen. Simelane's shoes on the runway (Supplied)

“That was the first time I had been to Cape Town just so I could deliver the shoes,” Simelane said.

The 29-year-old’s shoes have also made the rounds on social media following a fashion shoot with Durban-based creative director Minenhle Sibisi.

Although the majority of the finished product comes from a pre-existing shoe, Simelane still needs to find the right material and dedicate enough time towards achieving the end result.

Depending on how quick and focused the team is, it’s possible to make about five to 10 pairs a day, all by hand, according to the business management scholar. “We cut up the shoes ourselves using razor blades and we go to the local township shoemaker for some help.

"The top of the shoe, made from the original Mbatata rubber will be replaced by leather as time goes,” he added.

Although he’s not sure when the shoes will be available for sale, the hand-crafted product will retail for between R1,000 and R2,000.

The 29-year-old model, scholar and, as he calls himself, advocate for South African brands, has been a creative since his early days.

His earliest designs, which he worked on in high school, include rings and bracelets made from wire and buttons, necklaces and other clothes that he didn’t share with the public. 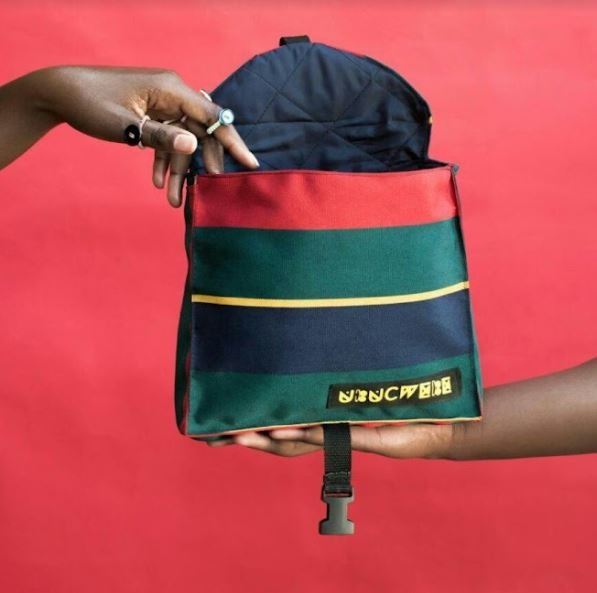 A bag and rings made by Simelane (Supplied).

“My love for design came from when I saw 101 Dalmatians, specifically Cruella. The way she dresses is fire. How she dressed was just cool for me,” he said.

Although he seems to be juggling a lot between academics, music and fashion, he wouldn’t wish to waste his time on anything else.

A bag and rings made by Simelane (Supplied).

Currently, Simelane and Tsoangong are searching for investors to help them upscale and make the shoe an actual day-to-day product.

Related Links
Four mistakes entrepreneurs make when setting goals for the new year
This bakery was on the brink of collapse, but orders from Checkers changed everything
Meet the man behind Kasi Economy - here's how he can promote your small business for free
Next on Business Insider
Meet the Cape Flats mom steering kids away from gangs and towards food gardens