Mark Cuban is one of the world's most successful investors.
Mike Windle / Getty Images

In 2014, Dave Kerpen, the New York Times best-selling author of "The Art of People," received a postcard that illustrated the traits and behaviours of successful and unsuccessful people.

The card came from fellow Entrepreneurs' Organisation member Andy Bailey, the chief executive of Petra Coach, a business-coaching service. Although the two CEOs have never met, Kerpen said in a 2014 LinkedIn post that the postcard had a profound effect on him, "reinforcing values I believe in and reminding me on a daily basis of the attitudes and habits that I know I need to embrace in order to become successful."

The postcard points out 16 big differences between successful and unsuccessful people. Below we highlight nine of our favourites, plus seven others Kerpen shared with us in a recent interview.

"Embracing change is one of the hardest things a person can do," Kerpen says in his 2014 LinkedIn post.

With the world moving fast and technology accelerating at a rapid speed, it's imperative that we embrace these changes and adapt, rather than fear, deny, or hide from them, he says. Successful people are able to do just that.

Instead of gossiping about people, which gets you nowhere, successful people discuss ideas.

"Sharing ideas with others will only make them better," Kerpen says. Truly successful leaders and business people experience ups and downs in their lives and careers, but they always accept responsibility for their failures.

He says blaming others solves nothing: "It just puts other people down and absolutely no good comes from it." Letting people have their moments to shine motivates them to work harder and, consequently, makes you look better as a leader or teammate. That's why the most successful people don't wish for their demise — they want to see their coworkers succeed and grow.

The only way to grow as a person, professional, and leader is never to stop learning.

"You can be a step above your competition and become more flexible because you know more," he writes. "If you just fly by the seat of your pants, you could be passing up opportunities that prevent you from learning (and growing!)." Kerpen told Business Insider that the best question you can ask when you first meet an influential person isn't "How can you help me?" but "How can I help you?"

Of course, you should be willing and able to help the person if they take you up on your offer.

But regardless of whether they accept or decline, he says simply offering your assistance makes people feel warmer toward you, and makes them more inclined to help you when you need it. "Rejection and failure are two of the most paralyzing fears," he says, and they often prevent people from asking for what they really want.

"If we don't ask for what we want we think on some level that we can't fail; we can't get rejected," Kerpen says. "But in reality we're almost guaranteed that we're going to fail because we're not going to get what we want."

In "The Art of People," he gives the example of a salesperson who was failing to win any customers, simply because she wasn't asking directly for their business at the end of her pitch. Once she started being more forthright, her sales increased.

If you want to be successful, your mantra should be something like "Embrace the fear of no; then ask for the yes." "The first step in learning how to better influence others to get what you want in your career and in life, is to understand yourself," Kerpen writes in the book.

Specifically, he says you should understand your unconscious motivations, what shifts your mood, and how you best interact with others.

You can find the Enneagram in Sikora's book, "Awareness to Action," or in "The Art of People."

Kerpen says that the single most important and underrated skill in business, social media, and life in general is listening.

It's hard to do, he said, because when we get excited about our ideas, all we want to do is talk about them. But the less we talk, the easier it is to persuade other people to like those ideas — and to like us.

Kerpen writes: "Listening and letting people talk is key to winning them over in life, in business, and in all human relationships."

In the book, Kerpen writes that we learn from an early age that crying, and showing emotion in general, is a sign of weakness.

Yet he experienced firsthand the power that comes from letting yourself be vulnerable. At a management retreat for Likeable Media's executive team, Kerpen asked everyone to share the most difficult experiences they'd ever had and what they learned from them.

Several people, including Kerpen himself, ended up crying, and as a result they felt "super-connected as a group."

As it turns out, sincerely powerful emotions — especially those powerful enough to cause tears — are quite influential in connecting with other people. If you can get yourself to experience a level of vulnerability with someone to the point where you're moved to tears, you will be able to relate to that person — and he or she can relate to you — on a much deeper level. Kerpen writes in the book that a positive attitude is contagious, especially when it comes from a leader.

At a conference he attended more than a decade ago, one of the speakers recommended that people answer "Fantastic!" instead of something lukewarm like "fine" when someone asks, "How are you?"

Kerpen writes that the speaker "claimed that by using this word, you'll attract whoever you're talking to and make that person want to be around you, because no matter how anyone else is feeling, fantastic is probably better, and who wouldn't want to feel fantastic?" A US soldier wearing a WWII uniform helping a US soldier in a modern US Army uniform up.
US Army photo by Markus Rauchenberger

In other words, nice guys finish first, he says.

Here's an example of how being nice may have helped Kerpen's career. After meeting with a venture capitalist named Rich, Kerpen sent him a bonsai tree as a way of thanking him for his time. 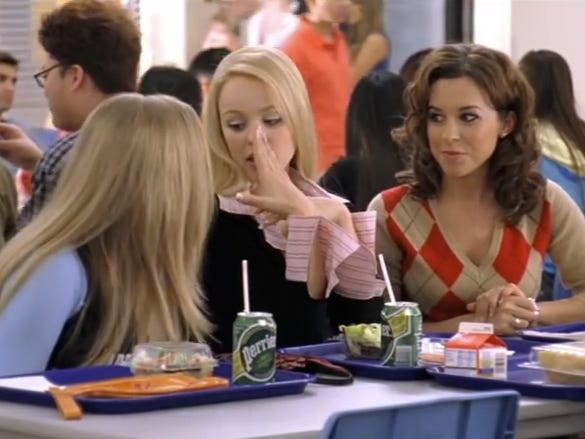 "A compliment gives a natural boost of energy to someone, and is an act of kindness that makes you feel better as well," Kerpen wrote on LinkedIn.

"Criticizing produces negativity and leads to nothing good," he added.

But beware sneaky sentences that sound like compliments but really put you down — things like "you look good for your age" or "you're not like other men/women." 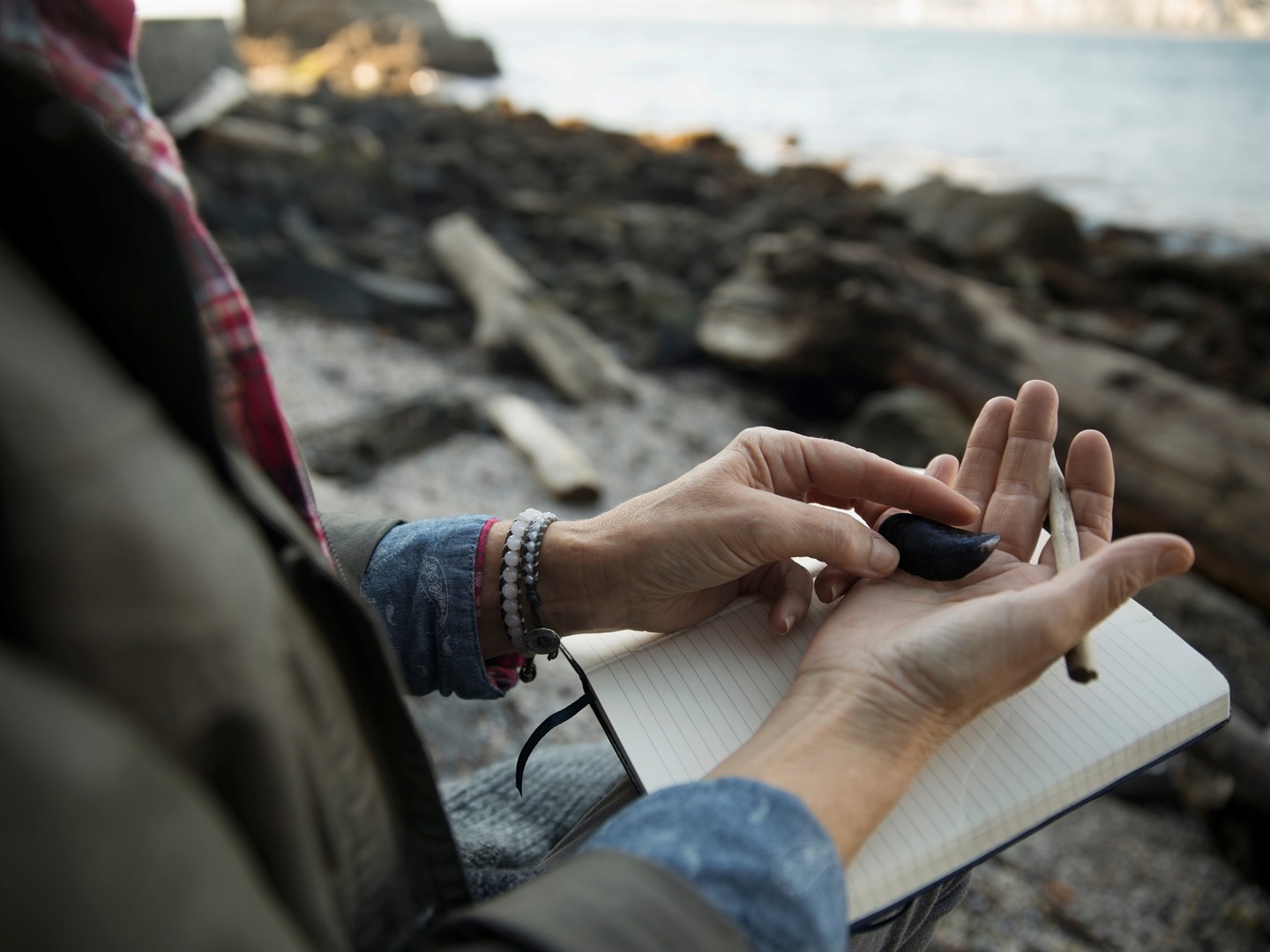 People don't succeed by themselves, Kerpen writes. Often, other people helped along the way.

That's why it's important to thank those who helped you reach your goals.

"Thank everyone you come in contact with and walk with a spirit of gratitude and appreciation and even wonder, about the world around you," he adds. "Gratitude is the ultimate key to being successful in business and in life." Photographer is my life./Getty Images

"Everybody makes mistakes; it's human," Kerpen writes. "The only way to get past the mistake is to forgive and move on. Dwelling on anger only makes things worse — for you."

If someone wronged you, psychologists recommend not trying to rush the forgiveness process. Instead, take time to work through your emotions and put yourself in the other person's shoes.