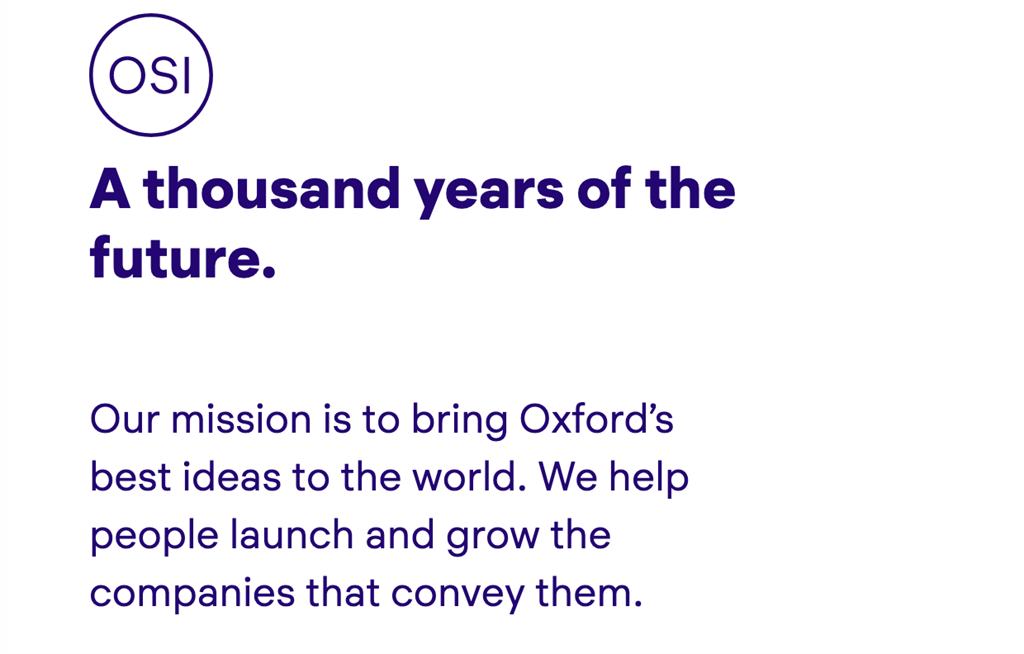 One of SA’s richest women, Magda Wierzycka, has been linked to a shakeup of "Britain’s biggest and most prestigious university spin-out fund" – where foreign involvement has recently been a political issue.

Oxford Sciences Innovation (OSI), a company linked to the famous university, has seen two recent high-profile resignations. Patrick Pichette, once the chief financial officer of Google, quit OSI as chairperson a week ago, after less than a year in that position. In November OSI's CEO Charles Conn resigned, though that was not reported until January.

And that, British reports suggest, may be because of Wierzycka's company Sygnia.

See also: Sygnia CEO Magda Wierzycka just gave her husband R215 million worth of shares – in a ‘restructuring of their personal interests’

The shakeup at OSI came "after months of internal wrangling over strategy at the fund, linked to the emergence of a new largest shareholder, South African investment vehicle Braavos Capital," The Telegraph reported.

If accurate, that represents aggressive growth in shareholding in the past two months. Braavos acts as a vehicle for Sygnia, and in October 2019 Sygnia said in a roadshow presentation that its "Sygnia OSI" fund was the second-biggest shareholder in OSI – at just over 12%.

At a 20% shareholding in OSI, Sygnia and its investors would claim a not-insignificant stake in marketable inventions and innovations that come out of Oxford.

OSI automatically receives a half-share of any equity that Oxford University claims in companies set up by its academics. The university has the right to demand up to half the equity in any such companies, which would make OSI's stake 25%. If the Sygnia fund owns 20% of OSI, that would put its effective share in any spin-out from Oxford at 5%.

Ownership in OSI is something of a political issue.

In October the Financial Times revealed that Huawei had quietly bought a 0.7% stake in OSI, much to the horror of some UK MPs, who consider the Chinese company a security risk.

Neither Sygnia nor Huawei are listed among OSI's shareholders on its website, though Tencent, the Chinese company part-owned by Naspers spin-out Prosus, is acknowledged as one of its owners.

See also: Huawei is getting a first look at cutting-edge defence, health, and AI startups from Oxford University amid US fears that it steals IP

In its October roadshow presentation, Sygnia said  it is targeting five-times capital growth in OSI over the next five years, with returns "expected to increase exponentially".

In return for access to that prospect, Sygnia charges a 1.8% annual management fee, with a 20% performance fee due when the investment makes more than 6% a year in pounds.

Sygnia highlighted three OSI companies for its investors, all in the biomedical field, including Osler Diagnostics. That company, it said, is developing a portable device "to test for any of the majority of biomarkers, quickly, cheaply, accurately, from a drop of blood" – and unlike Theranos, has a working prototype. (At its peak, long before its founder was charged with fraud, Theranos reached a valuation of some $10 billion.)

Wierzycka would not comment on Sygnia's shareholding in OSI, referring all questions to OSI's board of directors.