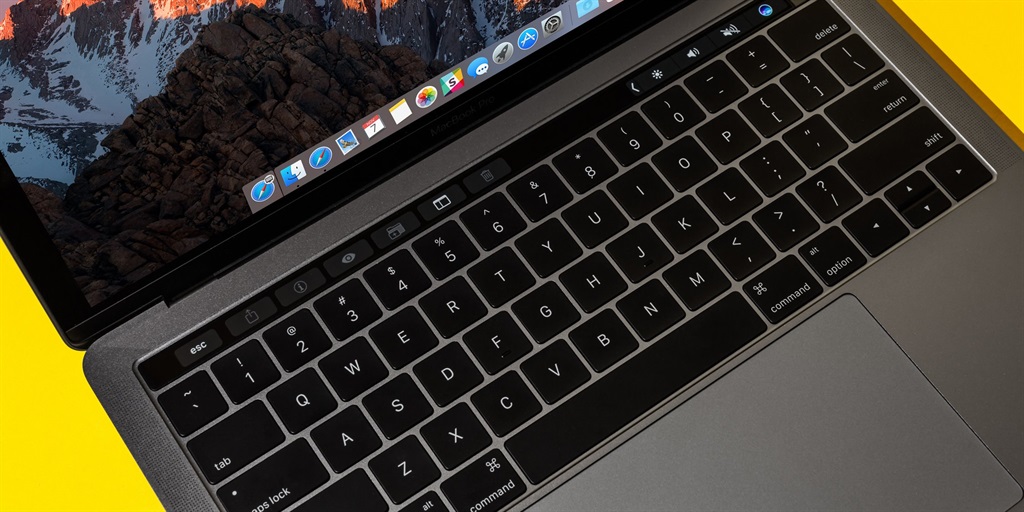 Apple has an idea to fix the MacBook keyboard that seems to break as soon as it's exposed to dust or crumbs.

Engineers at the company have considered including special crushing components inside each key that would pulverize crumbs before they became a problem.

That's one of the new concepts in an Apple patent application published on Friday describing a keyboard that uses a mechanism to keep "direct contaminants" away from the keys.

The invention, dryly named "Ingress Prevention for Keyboards," would be more impervious to what actually breaks keyboards, like spilled drinks, dust, dirt, and food crumbs.

The patent application is actually a series of ideas to make more indestructible keyboards. One concept is a "heating element" that would "liquefy" the sugar left over under your keyboard when you spilled your cooldrink, for example. Another concept the engineers were playing with includes a new kind of key that includes "brushes, wipers, or flaps" to block crumbs from ending up underneath the keys.

And if the crumbs do make it inside the keyboard, Apple wants to crush them.

Apple files thousands of patents per year, and an application is no guarantee that the idea will ever become an actual product.

But Apple should consider fast-tracking this idea, because it could address one of the biggest consumer complaints facing the company right now: an inconsistent and unreliable MacBook keyboard that users say easily breaks when faced with crumbs or other particles.

The patent was first filed for in 2016 and lists 11 different people as inventors. Recent laptops from Apple, including the MacBook Pro and MacBook, use a custom key design that allows the laptop to be thinner without sacrificing a big, accurate keyboard. Apple's "butterfly" keyboard made its first appearance on the MacBook in 2015.

But Apple's quest for thinness also came with a downside: dust or other small particles can get stuck under the spacebar or other keys and make it unresponsive.

The problem is widespread. Since Business Insider covered the issue in October, we've received scores of reader emails with the same problem. Fixing it can cost hundreds of dollars at an Apple store.

A sampling from readers in the past months

There's even a parody song about the problem:

Lots of computers have problems, including with their keyboards. But other brands have keyboards with removable keys — which means anyone with basic computer fixing skills can pop a traditional key off a keyboard in an attempt to solve the issue.

Not so with Apple's butterfly keyboard. It feels like if you remove a key, you'll break the keyboard forever.

So Apple's recommendation for fixing the problem at home is a little bit, say, unusual: It recommends you take your laptop and turn it nearly vertical, and then make three passes with a can of compressed air. Like so: 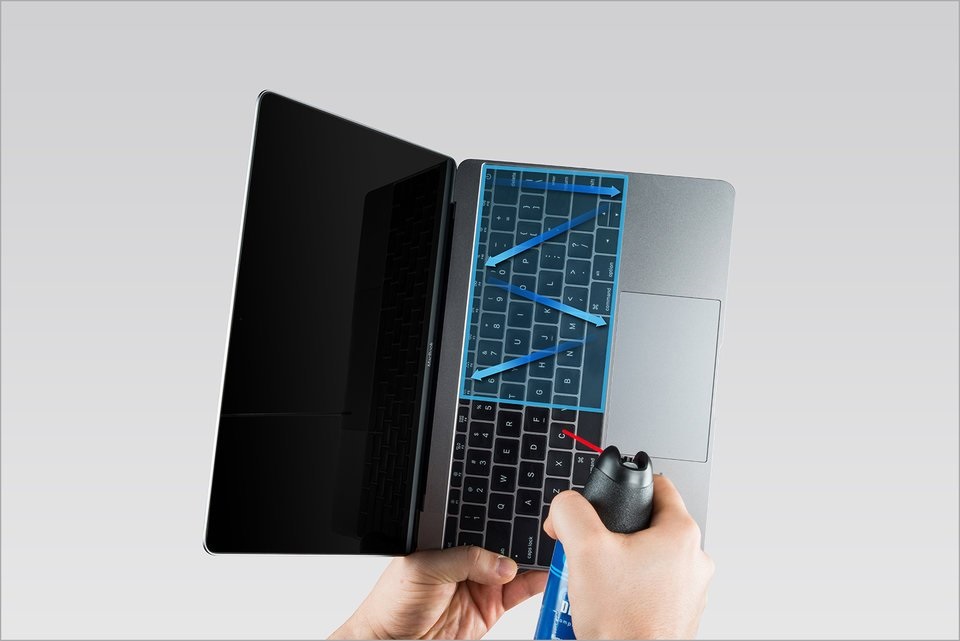 While this solution works for some, it didn't fix the problem on my personal MacBook Pro when I tried it. Plus, I felt really silly holding my computer like that.

But for now, that's the state of Apple's laptop keyboards — you can bring it into the shop, and if it's not under warranty, pay to get it fixed, or you can take a can of compressed air and blast your keyboard and hope it improves the issue.

Apple hasn't said if it will redesign its keyboards, partly because Apple never comments on future products. But a lot of Apple fans are hoping for a new keyboard that's more durable, and the ideas in Thursday's patent are some potential paths to get there.

"Absolutely, all of your feelings and feedback around the MacBook you use, we couldn't want to listen to more," Apple's head designer Jony Ive said in December. "And we hear — boy, do we hear.