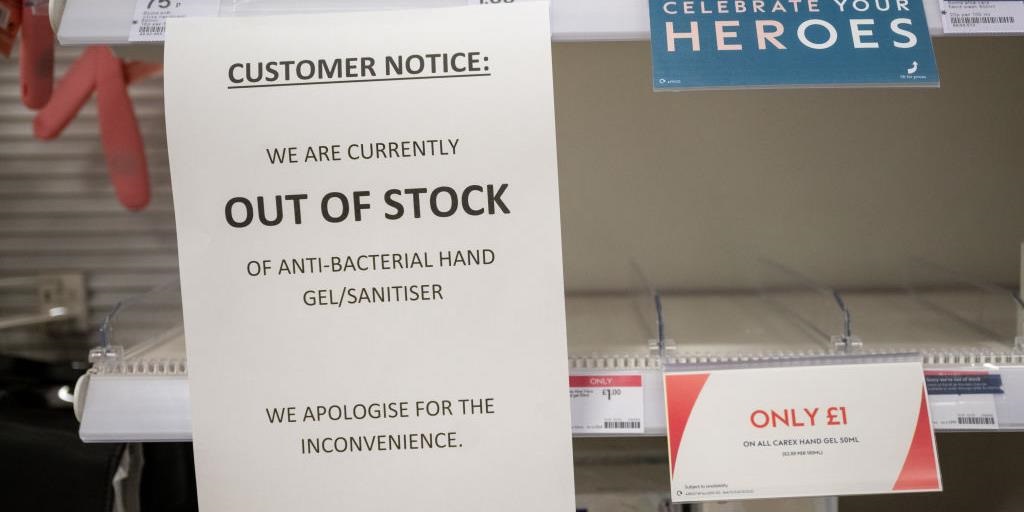 "LVMH will use the production lines of its perfume and cosmetic brands ... to produce large quantities of hydroalcoholic gels from Monday," the company said in a statement, according to Reuters.

The company said it would be delivering the products to French healthcare authorities for free. According to March 12 data from the World Health Organization, France so far has dealt with 2269 confirmed cases of the novel coronavirus that have led to 48 deaths.

The agency requires pharmacists and doctors to create the sanitiser using its recipe that calls for specific quantities of ingredients like alcohol, glycerol, hydrogen peroxide, and sterile water, Bloomberg reported.

As Business Insider reported, a pharmacy in New York City last week offered its customers instructions on how they could make their own hand sanitiser after it sold out of the product - but provided an inaccurate recipe that did not meet CDC guidelines.

Titos Handmade Vodka last month had to tell customers that its vodka could not be used as a hand sanitiser under CDC guidelines after people on social media shared they were using it as a sanitiser. Titos Vodka contains just 40% alcohol whereas the CDC requires an alcohol-based hand sanitiser contains 60% alcohol.

On March 9, New York Gov. Andrew Cuomo announced that the state was using labour from prison inmates to manufacture 100,000 gallons of hand sanitiser each week.

Related Links
Take a look inside Louis Vuitton's first restaurant
72% of the ‘Louis Vuitton’ bags, belts and sunglasses on Gumtree are fake – here’s how the...
You can probably sell that Louis Vuitton bag for decent money in SA, but good luck with your old...
Next on Business Insider
Ancient poop contains clues about feasts eaten at construction of Stonehenge more than 4,500 years ago