Lufthansa Group has cancelled as many as 3,100 flights this summer, per Bloomberg
Getty Images

The war in Ukraine is exacerbating summer flight chaos, leading to "massive bottlenecks" as airlines had to divert routes to avoid the war zone, according to the German carrier Lufthansa.

In an open letter to customers, Lufthansa Group's executive team apologised for the spate of flight cancellations. It said like other airlines, it was affected by staff shortages and a lack of resources as global travel demand bounces back after the pandemic. In addition, "the ongoing war in Ukraine is severely restricting available airspace in Europe," the executives said.

"This is leading to massive bottlenecks in the skies, and thus, unfortunately, to further flight delays," the executives said.

Airlines began to reassess their travel plans before the invasion, rerouting flights or suspending them indefinitely over potential safety concerns and insurance issues, if war broke out. Lufthansa Group suspended all flights into Kyiv and Odessa, on February 20.

In the aftermath of Vladimir Putin's invasion of Ukraine on February 24, Russia closed its airspace to airlines from 36 countries.

All Lufthansa and Lufthansa Group flights into Ukraine and Russia are currently suspended until July 31, according to the company website. It continues to monitor the situation.

This has added hours to some flights as carriers need to get creative to avoid the countries.

According to the live flight tracking website FlightAware there were no commercial flights crossing Ukrainian airspace on Tuesday morning. 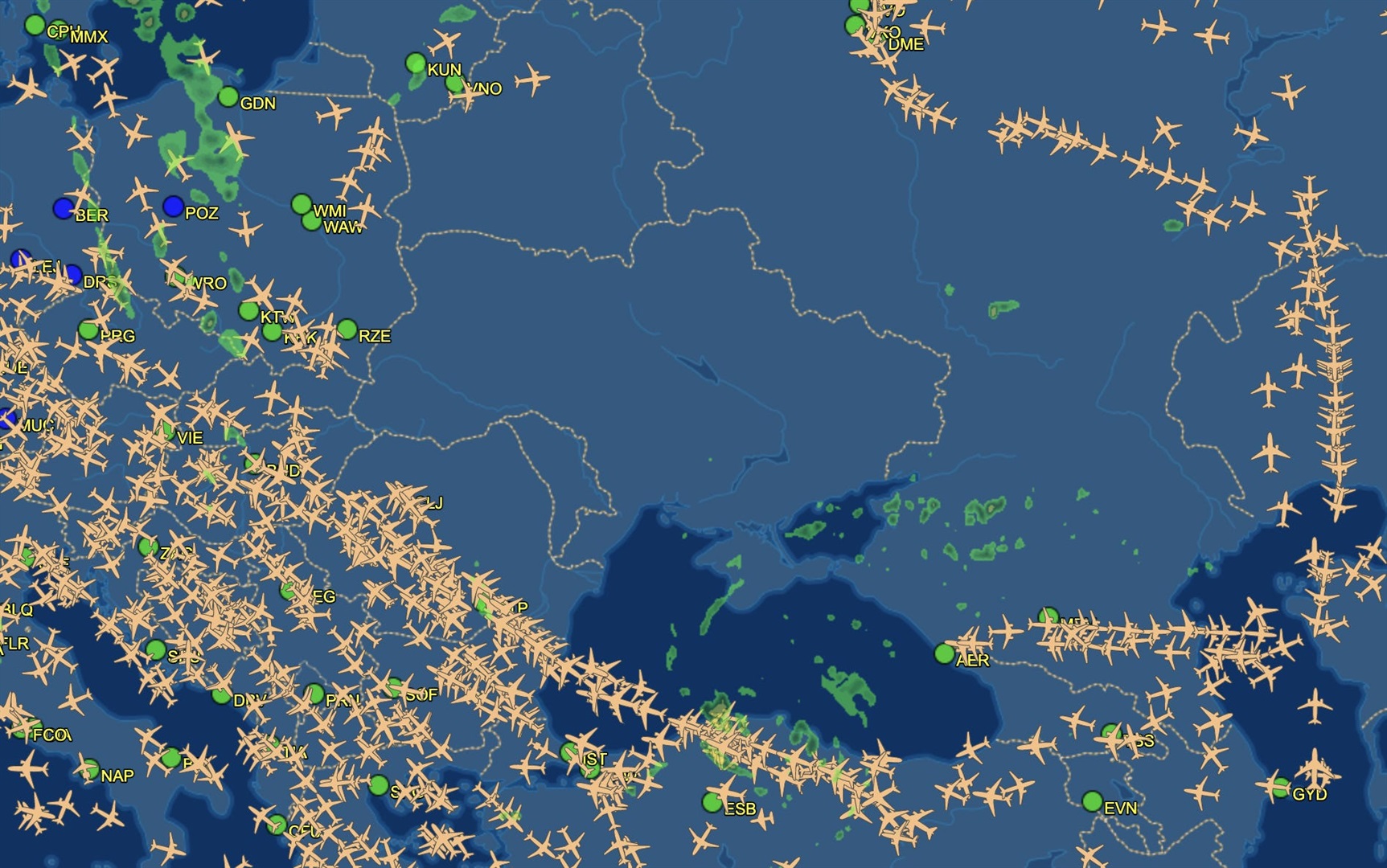 The rerouting has added to what is already a turbulent period for the airline industry as it seeks to bounce back from the disruption of the pandemic.

In June the group, which owns airlines including Lufthansa, Eurowings, Swiss and Brussels airlines, announced plans to cancel 900 Lufthansa and GermanWings flights in July — around 5% of its weekend schedule — due to staff shortages.

The group has cancelled 3,100 flights in total according to Bloomberg. The executives said the problem is unlikely to improve in the short term.

"Too many employees and resources are unavailable, not only at our infrastructure partners but in some of our own areas, too," the letter said.

Lufthansa did not immediately respond to Insider's request for comment.

In a presentation made alongside its 2021 results, Lufthansa Group said it lost almost a quarter of its workforce between 2020 and 2021. This included a 31% reduction in ground staff.

The group expects to have a "much more reliable air transport system worldwide, by 2023, per the letter.