L'Oréal is removing words like 'fair,' 'light,' and 'whitening' from marketing skin-tone products 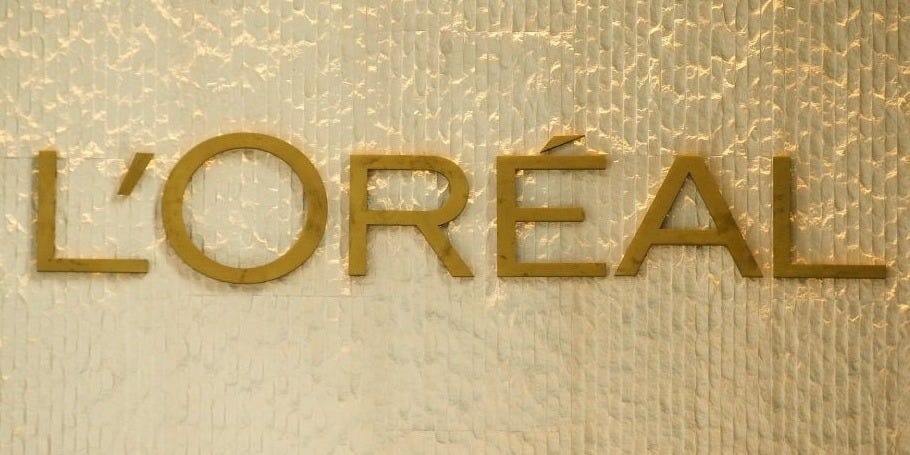 L'Oréal is the latest major beauty and personal care company to reconsider wording for products used or marketed as skin-lighteners.

In a statement released on Saturday, the company said that it "has decided to remove the words white/whitening, fair/fairness, light/lightening from all its skin evening products," according to the Associated Press.

L'Oréal's statement did not immediately specify products in particular that it plans to rename.

A screenshot of a website from L'Oréal Paris' Malaysian division, which includes products that are labeled with "whitening/white."
L'Oréal Paris Malaysia

Brand and creative leaders of all industries, from skincare to food to entertainment, are facing a modern reckoning that has sparked reconsiderations of deeply rooted racist origins of logos and messaging.

The announcement from L'Oréal follows moves made by other personal care corporations to give thought as to how products with skin-evening or lightening abilities are marketed, and whether or not they should be sold at all.

For example, Johnson & Johnson announced earlier in June that it discontinued two lines products that could be used for skin-lightening purposes: Neutrogena Fine Fairness, sold in Asia and the Middle East; and Clean & Clear's Clear Fairness, sold in India.

"Conversations over the past few weeks highlighted that some product names or claims on our dark spot reducer products represent fairness or white as better than your own unique skin tone," Johnson & Johnson said in a statement. "This was never our intention - healthy skin is beautiful skin."

A Johnson & Johnson spokesperson previously told AdAge that the name of the Neutrogena Fine Fairness products "may be perceived in an unintended way." Products that have been recently discontinued by Johnson & Johnson.
Clean & Clear, Neutrogena/Amazon

Additionally, Unilever - which owns Dove, Suave, St. Ives, and Vaseline, among hundreds of other household-name brands - said in a statement on Thursday that it will remove words that denote skin-lightening from its products.

"The evolution to a more inclusive vision of beauty that celebrates and cares for all skin tones, and no longer uses the words 'white/whitening', 'light/lightening or 'fair/fairness', will be a policy for all Unilever's Beauty & Personal Care brands," Unilever's announcement read.

"We're committed to a skincare portfolio that's inclusive of all skin tones, celebrating the diversity of beauty," Unilever said in a tweet.

Unilever also said it would rename its Fair & Lovely skin cream, which is sold across Asia.

Sunny Jain, Unilever's President Beauty & Personal Care, said in the statement that the company plans to make changes to how the Fair & Lovely product is advertised.

"We will also continue to evolve our advertising, to feature women of different skin tones, representative of the variety of beauty across India and other countries," Jain said. "We want Fair & Lovely to become a brand that celebrates glowing and radiant skin, regardless of skin tone."

The statement added that Fair & Lovely "has never been, and is not, a skin bleaching product."

The Fair & Lovely product has garnered criticism for being depicted in TV advertisements as giving people a lighter complexion, and as of June 28, more than 13,000 people signed a petition calling for the company to ban the product altogether.

ABC Journalist Siobhan Heanue wrote on Twitter that despite the name change of Fair & Lovely, as long as the cream continues to be sold, its purpose will stay the same.

â€˜Whiteningâ€™ creams are hugely popular in parts of Asia. Marketed by Bollywood stars in India. Fair & Lovely will be rebadged, and that is a significant and positive change, but the marketed purpose of the creams remains the same. https://t.co/0XebqvqBFz

Representatives for L'Oréal, Johnson & Johnson, and Unilever did not immediately respond to Insider's requests for comment.

Related Links
Why you probably don't have to avoid sulfates in your beauty products after all
Take a look inside the first 'gender-free' store
SA’s underground beauty salons are busy — as Sorbet staff get food vouchers
Next on Business Insider
Captive lion operators to be offered a ‘voluntary exit’, which may not see the lions put down