The Lollapalooza music festival took place in Chicago in the US over the weekend, but one photo showing a sea of tightly packed, mostly maskless concertgoers quickly began making the rounds on social media.

The festival organisers had an entry protocol that required attendees to bring a printed proof of their vaccination status or a negative Covid-19 test. Unvaccinated attendees were required to wear a mask during their time at the festival.

Insider spoke with photographer Colin Hinkle to get the story behind the photo.

INSIDER: What kind of photography do you do?

Colin Hinkle: My primary job is an aerial photographer, so I use drones or helicopters to gather video or photos from above. 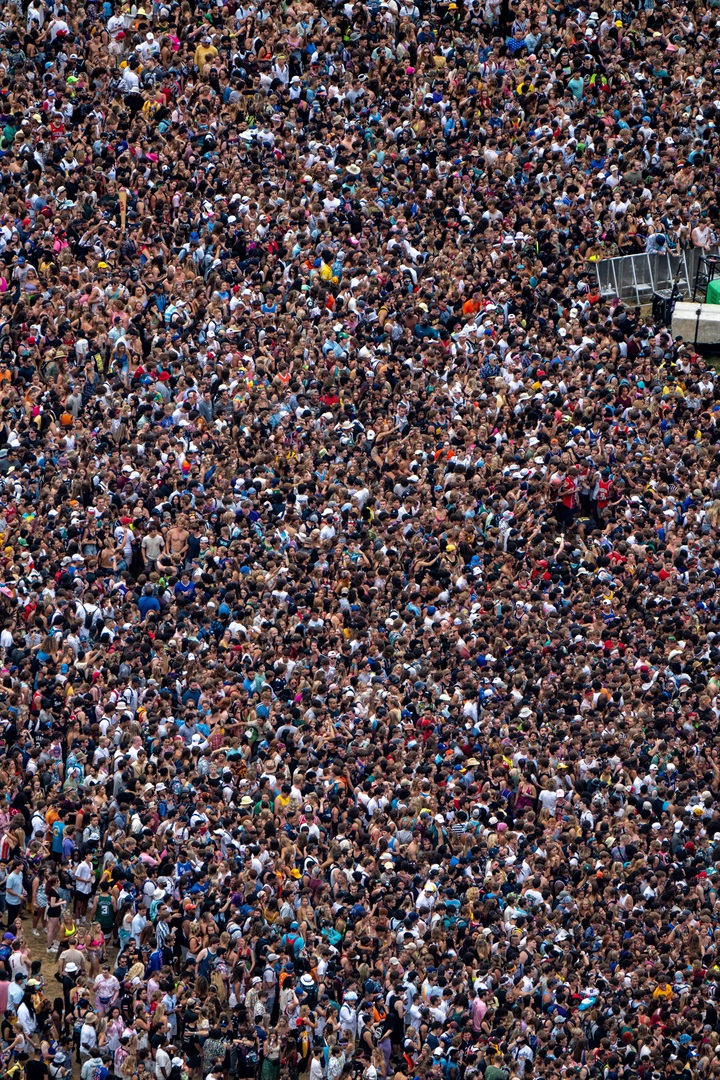 What is your relationship to the Lollapalooza festival?

That's actually shot off the balcony of where I live. I live in a 52nd floor of a building that faces Grant Park, and directly over top of Lollapalooza. Every year I usually am around that weekend, and I get a camera with a long zoom lens on it, and I take photos and share them.

What caught your eye about the photo this time around?

What I wanted to try to capture this year was while they have all their restrictions in place for this event, I knew that a large group of people in one space was kind of contradicting all of the rules and regulations that were being told… I wanted to try to show how many people were in one space at one time there, so I was trying to get a shot as many as I could showing the massive crowds all compacted together in very tight spaces.

You shared the photo on Twitter. What were some of your favourite reactions to it?

Everyone's referring to it as Where's Wally (Where's Waldo in US). I hadn't thought about that, but it makes sense. With the high resolution - I shot it in 60 megapixels - so in the original image you can literally zoom in and see individual faces.

What was the mood over the course the weekend?

It seemed like the crowds were kind of gravitating toward certain areas, instead of spreading out across multiple stages … It definitely seemed like this year, the crowds were compiling into a tighter area even more. The crowd for Post Malone was larger than what I had seen at the Cubs' World Series event a couple of years ago in Grant Park. It was massive. Did you feel safe with the gathering?

I'll put it this way, if anyone had offered me free tickets, I would have taken a hard pass on it.