Logitech just announced its own take on the R1 999 Apple Pencil, which lets you draw and write on the iPad. Logitech's new "Crayon" is compatible with the new 9.7-inch iPad, but at R583, only costs half the retail price of the Apple Pencil.

The Apple Pencil wasn't designed with children in mind, so Logitech's Crayon updates those features to make it a more kid-friendly option.

The Crayon's prism-like shape ensures it won't roll off surfaces. The Logitech Crayon automatically pairs with the new sixth-generation iPad and "leverages technology found in Apple Pencil to deliver sub-pixel precision, low latency and support for tilt in a design that's perfect for students," according to the company. Logitech Crayon works with Microsoft Office and Explain Everything, as well as Apple's Pages, Numbers, and Keynote, which have all been updated for the new iPad and the Apple Pencil.

The Crayon's tip is "pry-resistant," and requires a special tool to be removed. You charge the Logitech Crayon with a traditional Lightning connector from Apple, but the device has an 8-hour battery life — a full school day. The Logitech Crayon's cap is tethered so you can't lose it.

US schools and school districts will be able to purchase the Logitech Crayon this summer on Apple's website. It costs R572. 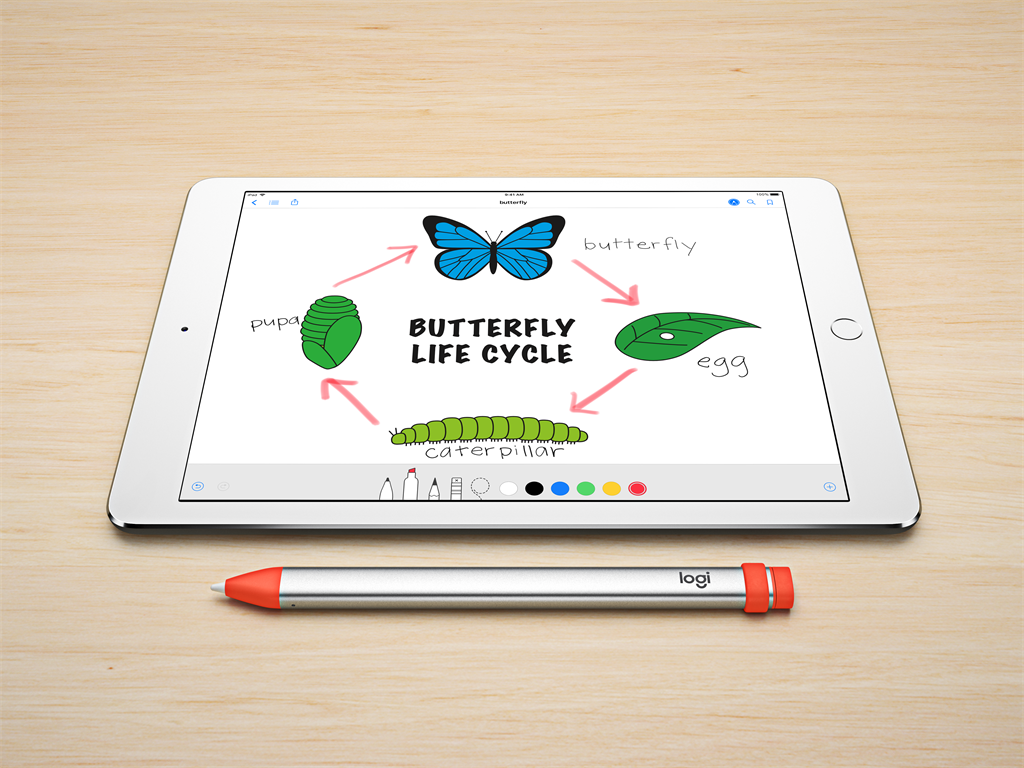 Next on Business Insider
China published a world-first catalogue of private algorithms, but with little detail