Adorable and mesmerising animal livestreams you can watch from home 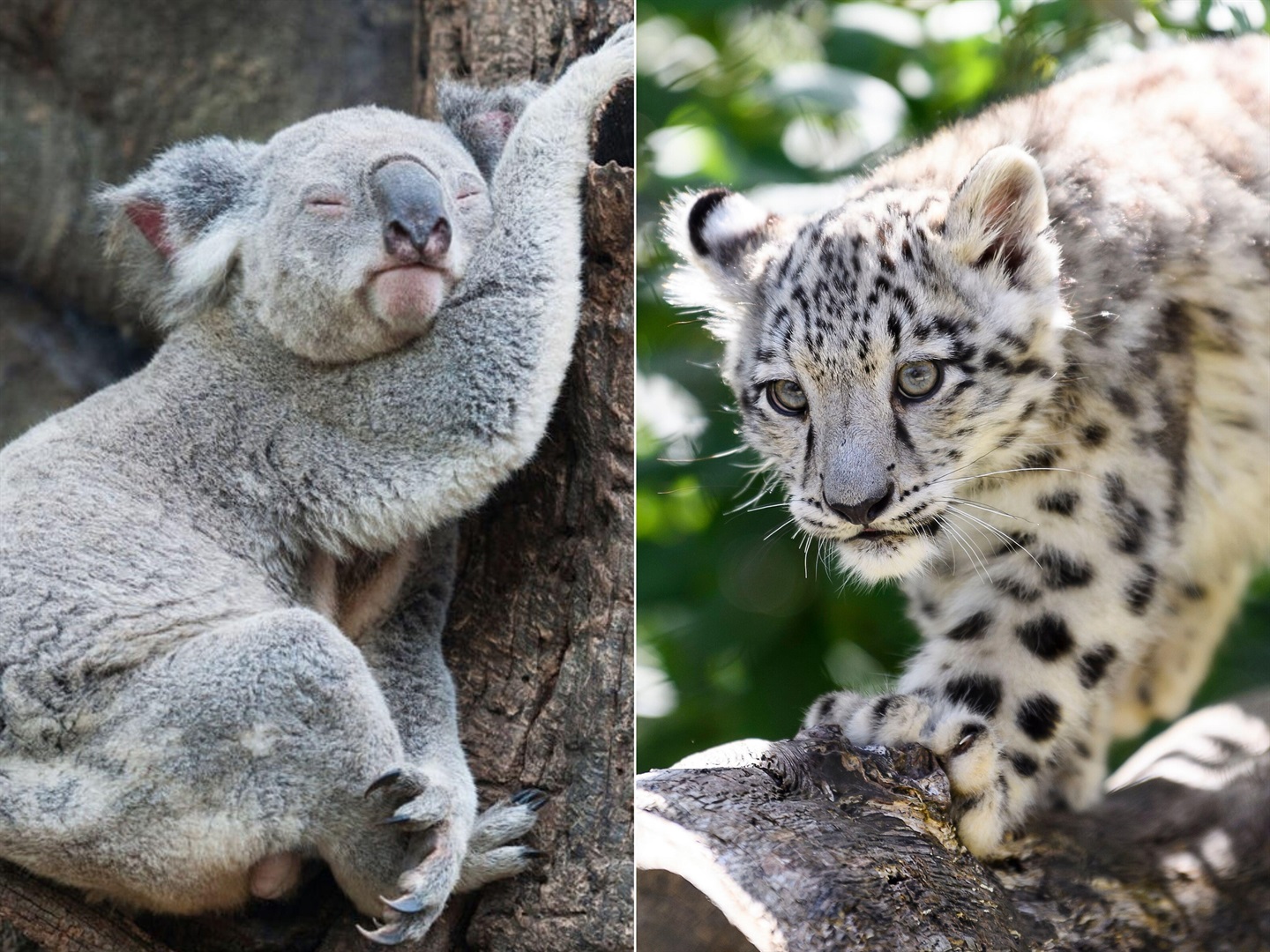 Koalas and snow leopard cubs are among many animals that can be visited (virtually) through live streams.
Marco Simoni/Getty Images; EDITH GEUPPERT/DPA/AFP via Getty Images

Watch a mother and daughter rhinoceros cuddle in their habitat. The Denver Zoo is letting fans virtually visit its rhino calf, Joona, and her mom, Tensing. The live video can be found on the zoo's website homepage, and the zoo is also sharing several updates of its animals - from armadillos to penguins - on Instagram and Facebook. Smithsonian's National Zoo in Washington, DC, has set up livestreams of its giant pandas, Tian Tian and Mei Xiang. There are two camera angles for the optimal panda appreciation experience.

Watch a group of baby goats lounge in a nursery. Body care company Beekman 1802 has set up a livestream showing baby goats - which are also called "kids" - on their farm's nursery. The Monterey, California, aquarium has an ongoing "Jelly Cam" that is especially soothing to watch.

Virtually visit with snow leopard cubs, who might be sleeping in their "nesting box" or exploring their habitat at an Australia zoo. Zoos Victoria, an Australian zoo and conservation organisation, is livestreaming baby snow leopards from Melbourne Zoo and Werribee Open Range Zoo. In addition, the organisation has live broadcasts of giraffes, a penguin, and lions. Every weekday at 3 p.m. EST, the Cincinnati Zoo hosts live "Home Safari" sessions, each showcasing a different animal and featuring an educational activity with kids in mind.

An animal sanctuary in Tennessee is livestreaming a room of elderly rescue dogs. Old Friends Animal Sanctuary in Mount Juliet, Tennessee, has an ongoing broadcast of its canine friends barking, eating, and lounging in what it's calling the "Senior Dog Gathering Room."

Watch penguins, koalas, and pandas from the San Diego Zoo. From polar bears to apes, giraffes, and koalas, the San Diego Zoo's live cameras show tons of different animals that make a trip to the zoo feel accessible, even from the couch.

One charity livestreams its service dogs-to-be. Warrior Canine Connection, a nonprofit organisation based in Maryland, trains dogs to support wounded veterans. The charity has a live broadcast of its future service dogs, and the stream is full of adorable puppy views. The educational animal center in Ely, Minnesota, has an ongoing stream that shows four of its "ambassador" wolves roaming around the snowy landscape.