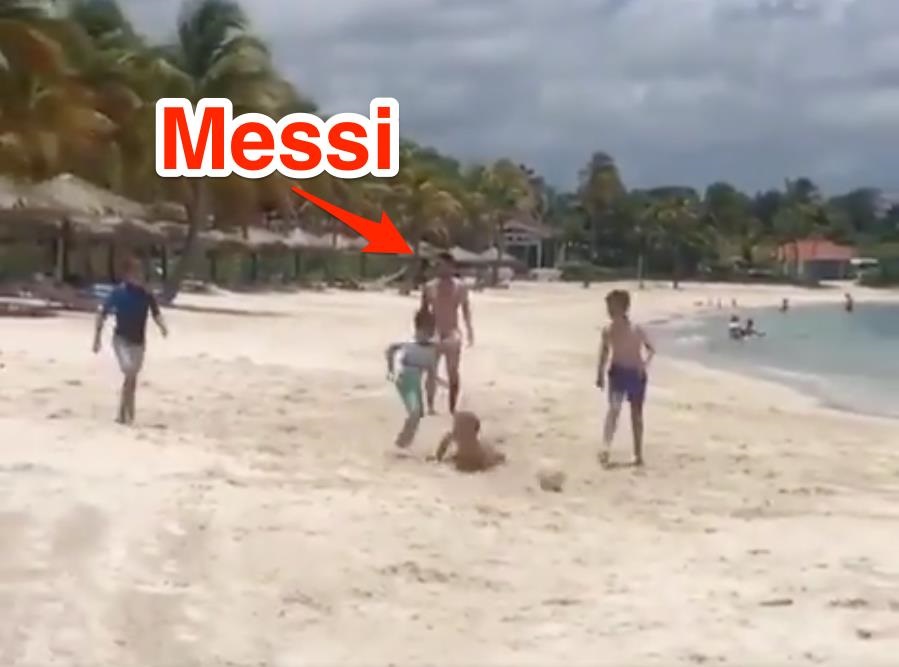 An 11-year-old boy enjoyed the vacation of a lifetime when he played soccer on the beach with Lionel Messi, swam with the player's family, and even went on a boat with them.

Mackenzie O'Neill from southeast England spotted Messi, the soccer player's father Jorge, and his children, kicking a football around. O'Neill, who was playing ball by himself nearby, was then invited to play with the Messi family.

"Messi was with his family on the beach," O'Neill said in the Argentinian sports newspaper Ole. "I was on my own and began to kick my ball a few feet from where they were.

"His dad Jorge threw a ball to me and asked if I wanted to play with them and then we played football with Thiago and Messi for 45 minutes."

O'Neill described Thiago, who famously criticizes Messi whenever Barça loses, as a "fantastic player for his age".

He said: "Playing with Messi was incredible. Messi's wife translated because she speaks English very well. Later on, I ended up swimming with Messi and we went out on a little boat and spent a lot of time in the water."

Ole spoke to O'Neill with his mother Anna's permission, Evening Standard reports, and the boy said Messi was "skillful" then "acted like a normal dad" when they played in the water.

He said: "I realized that Messi really enjoyed seeing his son play with other children. The last night Messi and his family were here I was playing with Thiago and gave him my football to keep.

"But he ran after me along the beach and insisted I keep it. Afterwards, Messi and his wife said goodbye to me with huge smiles. I am not going to forget them."

You can watch the beach soccer video right here: