Like Airbnb, but for film sets in SA – here’s how homeowners can earn more than R10,000 a day 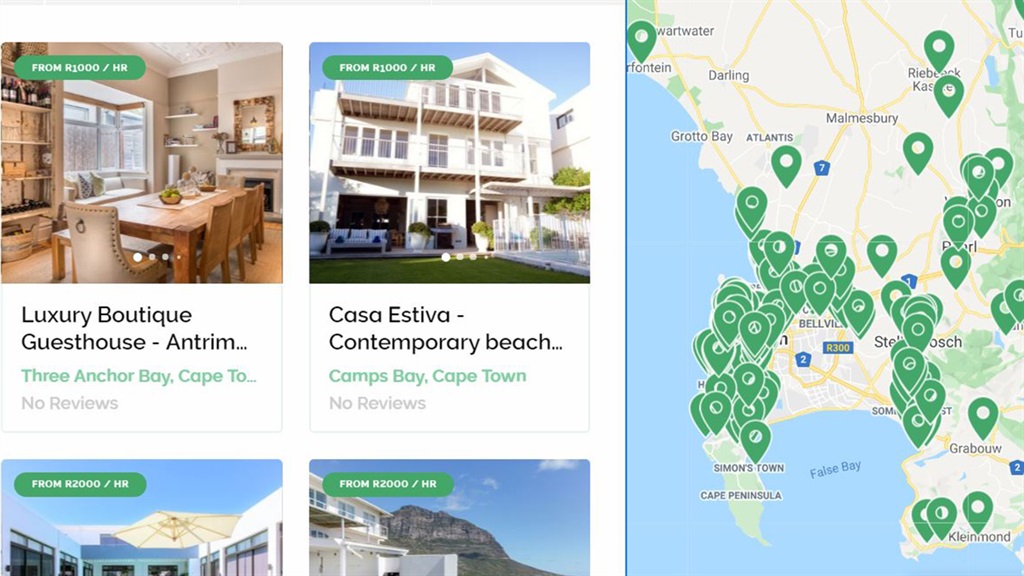 An online platform, described as the “Airbnb of film locations”, is now connecting commercial video crews with property owners in South Africa.

With over 400 locations already listed in and around Cape Town – and an imminent rollout to hosts in Durban and Johannesburg – Filmspace says it will simplify production and increase profits for crews and proprietors alike.

South Africa’s film industry is worth over R12.2 billion, with 89% of the market value reliant on production, according to the National Film and Video Foundation. It’s estimated that the sector employs 25,000 South Africans.

The film industry, like almost all economic sectors, has been hard-hit by the global pandemic. This is especially true for the seasonal trade, which welcomes international crews to the Cape during the warm summer months. The film industry’s losses were eclipsed by the those suffered by the hospitality sector, in particular, holiday accommodation like Airbnb rentals, which were banned during the three months of hard lockdown..

“Unique cars, wine farms, homes, mansions, hotels and more are now on the market at substantially lower costs and without the traditional labour-intensive scouting process.”

Filmspace provides a place for property owners to list their offerings and allows scouting agents to browse these spaces according to geographical location, price range, and type. Communication and agreements between the parties are done via the platform, while Filmspace covers all the admin, including R1 million host liability underwritten by Santam.

It's free to list a property on the platform, but Filmspace will take a 15% commission fee for each successful booking.

“A host can set their own rates when listing their properties,” says Franken.

“We generally recommend residential homeowners to charge two to three times more than they would when renting out to accommodation/travellers and dividing that amount by 12 to get their hourly rate on the platform.”

This can be a very lucrative deal for homeowners who have a second, under-utilised property which they are willing to open to film crews. It’s even an option for hosts who find themselves away from home for most of the day.

“The industry average for renting a residential space is around R14,000 for a full 12-hour day. Roughly R1,200 per hour,” says Franken. Rates will differ according to the property type and film crews’ requirements, he says.

Knowing what filmmakers are looking for in a location gives homeowners an edge, but according to Franken trends are ever-changing and it’s not so much about the specific home but rather specific elements within the property.

“It is important for hosts to know that filmmakers are only looking to use a certain section of their spaces, which means if you have unique features in your space, you can list it on Filmspace.”