Gina Jozef at work in the Arctic calibrating a drone.
Calle Schonning

My experience throughout the coronavirus crisis has been very unlike that of most other people. While everybody was stuck at home on lockdown, I was surrounded by people constantly. I never thought that being on a ship in the middle of the central Arctic sea ice pack - one of the most remote places on the planet - that I would be in one of the most social and free-moving places on the planet. The Polarstern crew enjoying a small bonfire on Easter.

While people back home needed to remain six feet apart from anybody nearby, on the Polarstern, it was difficult to ever be more than six feet apart from the closest person, as we were living and working in such close quarters. It was a wild concept to digest. I knew that as soon as I went back home to land I would be joining the rest of the world in social distancing practices, and I would be missing my times on the Polarstern where there were no such rules. A bonfire on the ice after the leg three crew's arrival to the Polarstern.
Christian Rohleder

In such a hectic environment, after a stressful or tiring day of work, sometimes I would just want to be alone.

Another big challenge was remaining so secluded from my friends and family back home. We did have the ability to use WhatsApp and email for free through a satellite connection, or we could pay an expensive price for use of the satellite phone to make a short call - but there was no possibility for any sort of video chatting to seeing someone's face, aside from sending and receiving low-quality pictures over email.

Our crew stayed in shape with on-board boot camps I learned that just a little bit of laughter with friends each day made all the difference in my overall mood throughout the months I was stuck in the Arctic. I hope to carry this prioritisation of personal and social time, to balance out a heavy work schedule, into the future of my career. During my stay on the Polarstern, work was my daily focus, which was flying drones to collect data about the boundary layer atmosphere conditions (temperature, humidity, pressure, wild speed, and turbulence). The main goal of this project was to collect data throughout the transition from Arctic winter to summer, which will be used to improve climate observation models. We also flew drones, called DataHawk2, over leads (cracks in the sea ice exposing open ocean) to collect data. With a warming climate, there will be an increase of leads in the Arctic sea ice, and we want to know what that means for the atmospheric conditions. 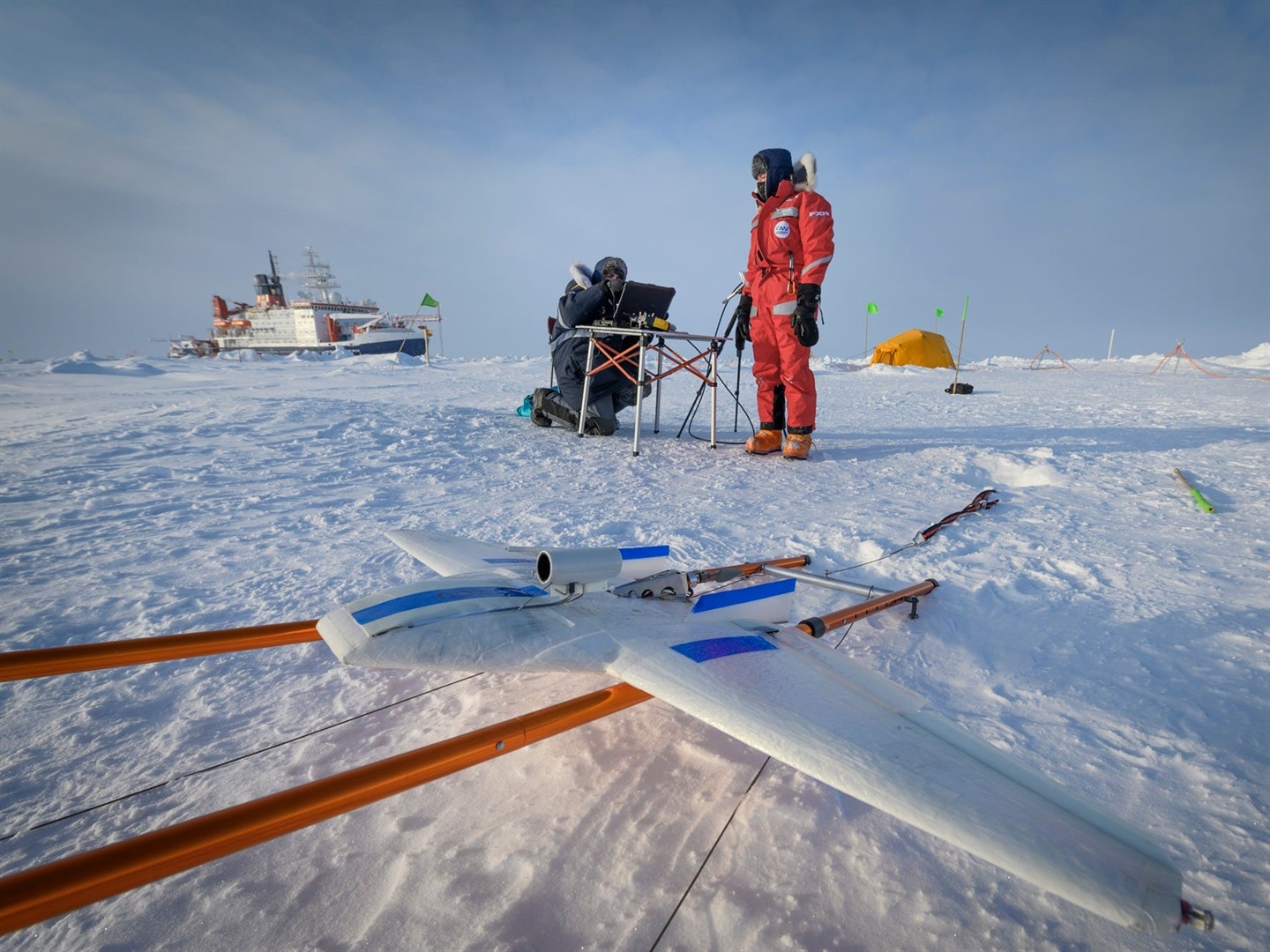 A drone getting ready for launch.
Delphin Ruche

While focusing my attention on my work did help distract my mind from thinking about distressing things like the pandemic and my unknown return home, my schedule was also exhausting. Eventually, food and fuel was running shorter on the Polarstern, but, more significantly, some people were starting to get anxious about the unknown status of our return trip. When it became clear that our extended stay in the Arctic was leading to severe mental distress for some of the participants, an emergency evacuation flight was scheduled to take seven participants out of the Arctic and back home on two twin otter aircrafts. As for the rest of us, we continued to wait patiently for the new plan to get us home. Meanwhile, we continued our scientific work, so instead of completing just one of six legs of the expedition, we actually completed two legs, which allowed the total number of intended legs to be shortened from six to five.

By early June, we were on our way to Svalbard, a group of islands located between Norway and the North Pole On June 4, the Polarstern met two research vessels that were carrying the next leg of participants in Isfjorden outside of Longyearbyen, Svalbard. We spent five days exchanging knowledge, cargo, and people between the ships. On June 8, the Polarstern, now carrying the next leg of participants, headed back north into the sea ice pack to reestablish the ice cam, and carry on the goals of the MOSAiC.

Meanwhile, myself and the rest of the leg three participants sailed back to Germany after being gone for nearly twice as long as originally intended - ending our unintended 4.5 month long quarantine from the coronavirus, and thrusting us back into a world completely different than the one we left behind when we first set sail in January.

Before we disembarked from the ship, we gave our last hugs to each other as we knew such a thing would no longer be allowed on land Jozef with fellow crewmates on their final night aboard the Polarstern before returning to land.
Gina Jozef

I then went into another two week period of quarantine, which was required after international travel. While each of my days in quarantine was pretty much the same as the rest, I did find it uplifting to be able to FaceTime or Zoom with family or friends. After not having access to phone calls or video chats while in the Arctic, it was really nice to finally be able to see and talk to my friends and family, even if not in person. And, especially since I just returned from a major expedition, I have stories to tell, so I'm catching up with friends who I may not otherwise be in close contact with at this time.

Now that I'm home, my challenges differ a lot from the challenges I faced in my unintended "quarantine" on board the Polarstern. After some of the most exciting months of my life, I am spending my days mostly sitting on the couch searching for the motivation to do something besides watch Netflix all day, while simultaneously trying to decompress from and process the most incredible journey of my life so far. 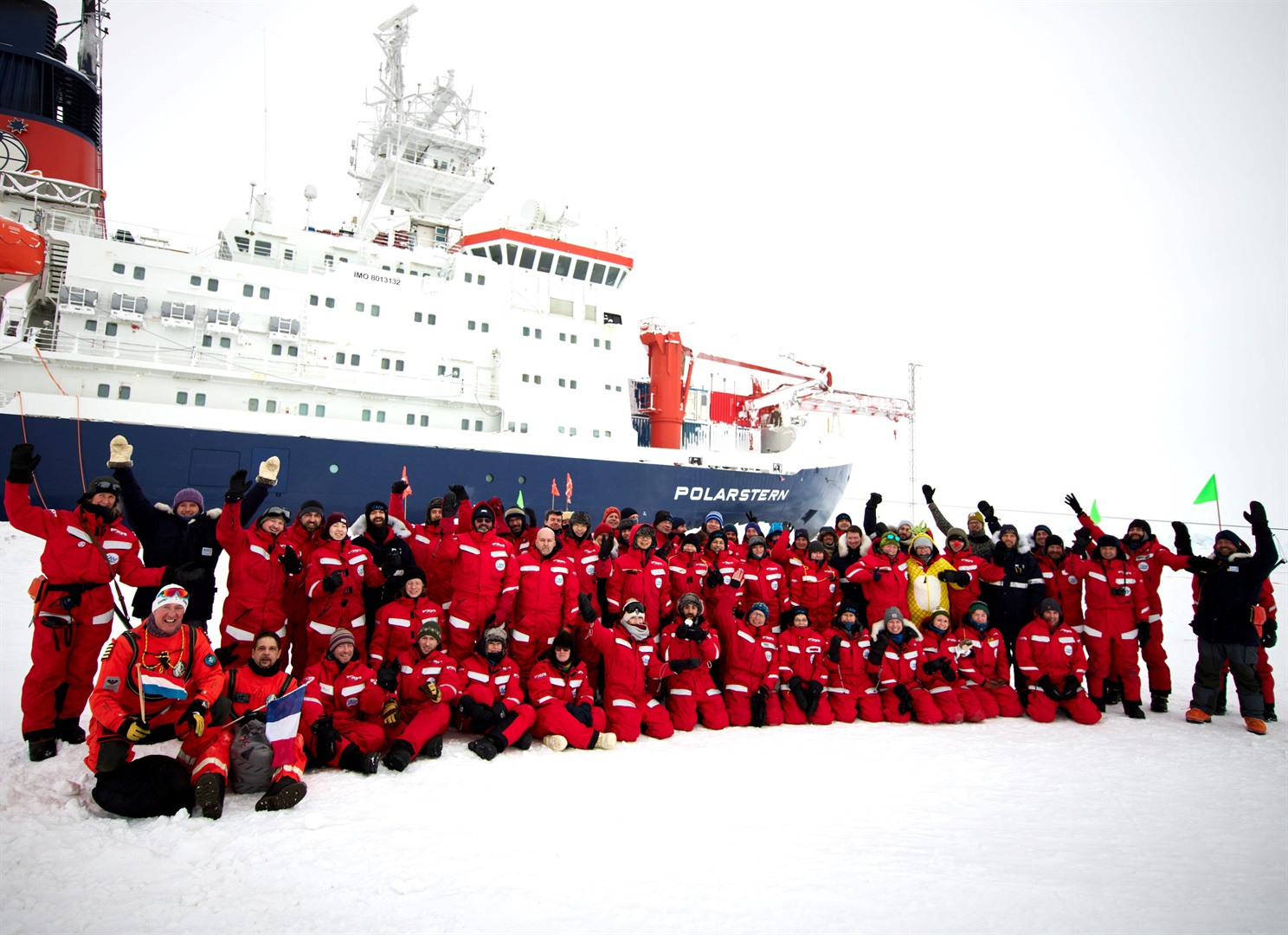 The leg three participants of the Polarstern.
Michael Gutsche

I will spend the next three and a half years using the data I gathered, as well as the data still being collected by my colleagues who replaced me in the field, to write my dissertation for my PhD - and hopefully make some contributions to climate change predictions along the way.