Exit polls predicted that Johnson's Conservative Party will have a majority of more than 80 seats in the House of Commons - the best result by the party for decades.

Johnson is a clownish character, but has been a prominent figure in British politics since long before he first became Prime Minister in July 2019. Here's the story of his life and rise to power.

A previous version of this article was written by Mike Bird.

While at Oxford University, Boris was president of the Oxford Union, a position held by former Conservative leader William Hague and ex-Prime Minister Edward Heath.

Johnson went to Eton College and university with David Cameron, but Boris was much more obviously political at the time.

Johnson was sacked after a brief career at The Times of London, and he then worked for The Daily Telegraph as the paper's Brussels correspondent, gaining a name for himself in the center-right press. 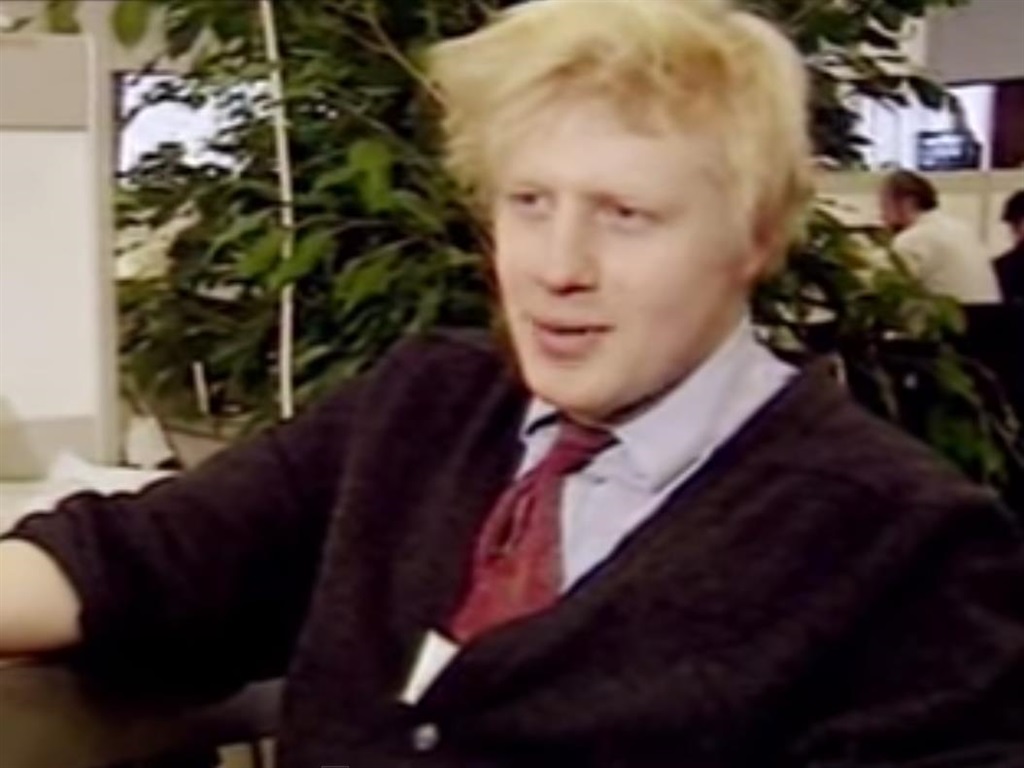 Politics and journalism run in the family. Boris' brother, Jo Johnson, is also a Conservative politician, following a career as an investment banker and as a bureau chief at the Financial Times.

Boris was appointed editor of The Spectator magazine in 1999 before being selected for the Conservative seat of Henley-on-Thames and elected in 2001. 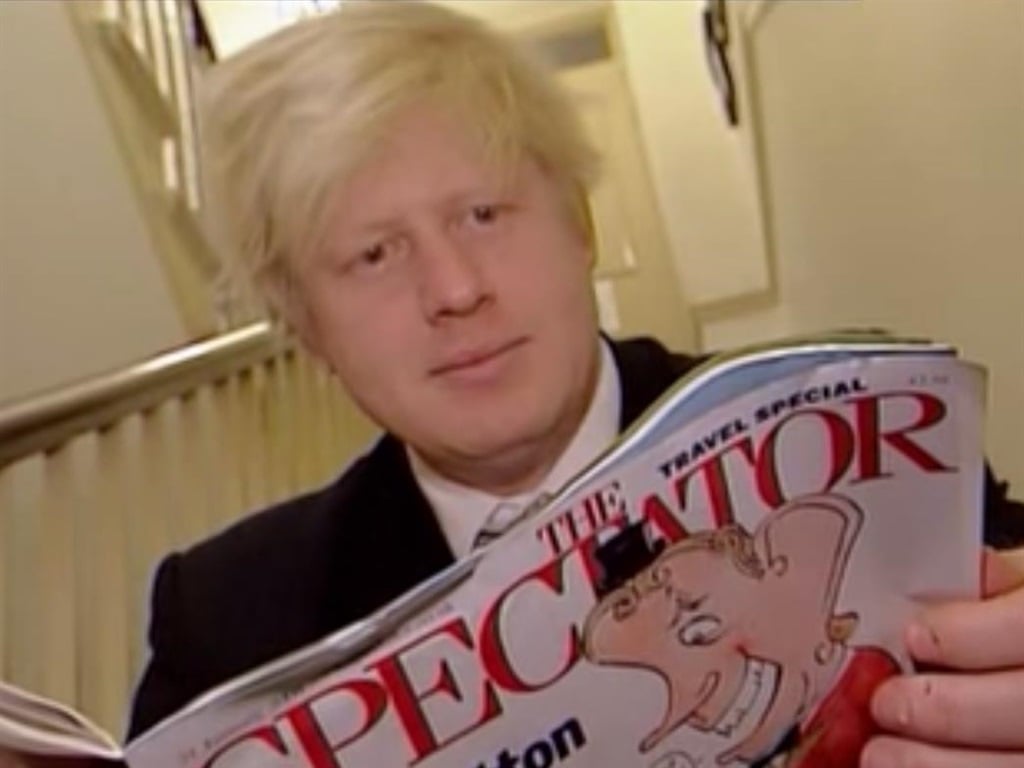 Boris was embroiled in scandal in his early years as a politician. In 2003, as a member of Parliament and still Spectator editor, he said the city of Liverpool reveled in a "victim status."

Despite the repeated gaffes, people warmed to Boris. Though the incidents often come off as clownish, they make him seem more authentic than normal politicians. In 2004, Johnson lied about having an extramarital affair, and Conservative leader Michael Howard sacked him as shadow minister for the arts. 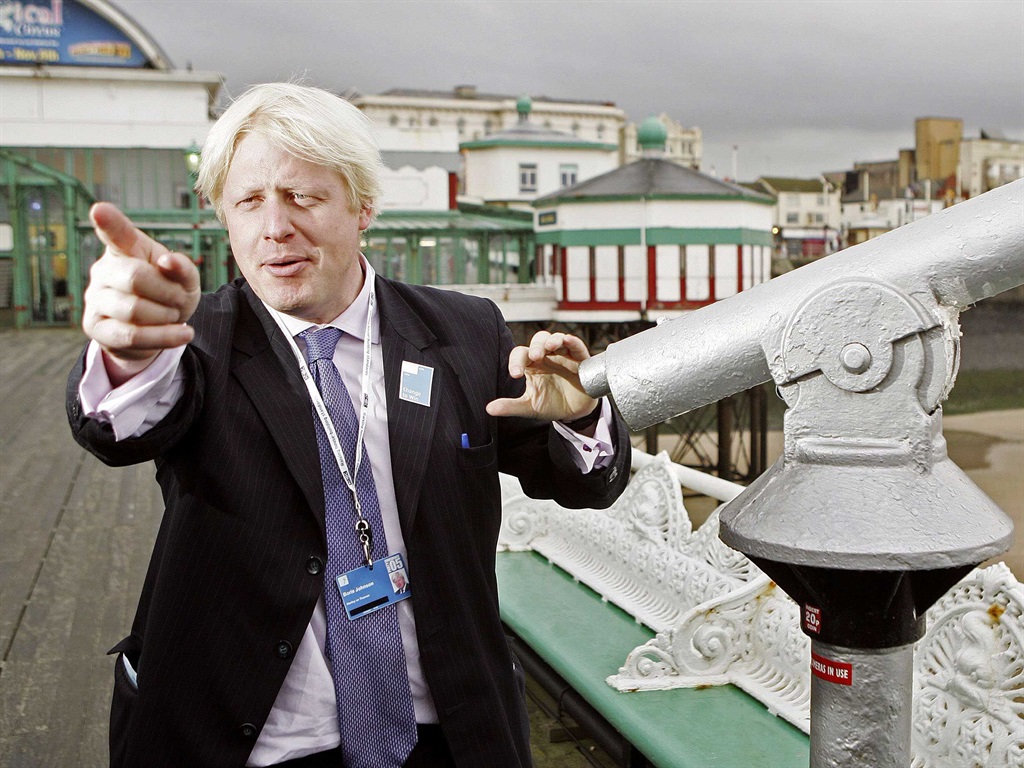 By 2005, when David Cameron was elected leader of the Conservative Party, Johnson was back as higher-education minister.

In 2008, Boris stood down as a member of Parliament and defeated incumbent Ken Livingstone of the Labour Party in London's third mayoral election.

The city's bike-hire scheme now unofficially bears Johnson's name. Pretty much everyone refers to them as "Boris bikes." Here he is riding one with Arnold Schwarzenegger.

He also made a big deal of bringing back London's Routemaster buses, replacing the "bendy buses" that were used under Livingstone.

In 2012, as part of a promotional event for the Olympics, Boris was stuck on a zip wire. In 2012, Boris won reelection as mayor in another contest against Ken Livingstone, winning by a smaller margin. London generally tends to vote more for the Labour Party.

His critics called him an inactive mayor, using the position to boost his personal publicity. Here he is with BBC presenter Jeremy Paxman on a tandem bike. His popularity figures remained perpetually high, regularly beating all other British politicians. A poll in June 2014 showed him 13 points clear of David Cameron. Boris announced in August 2014 that he would run in the coming general election.

In May 2015, Boris won the Parliament seat in Uxbridge, while the Conservative victory gave Cameron a second term as prime minister.

After rumours circulated in October 2015 that Cameron would step down early, Boris' name floated around as a possible replacement. Cameron had mentioned him as a possible successor when he said that he would serve only two terms.

As debate over the Brexit heated up in early 2016, Boris said that his country had a "great, great future" outside the EU but that he'd rather see the UK remain in a reformed EU.

On February 21, Boris Johnson officially came out in favor of Britain leaving the EU, giving the "Leave" campaign a significant boost.

In March, Boris told a Treasury committee that there were "no good economic arguments" for Britain staying in the EU. 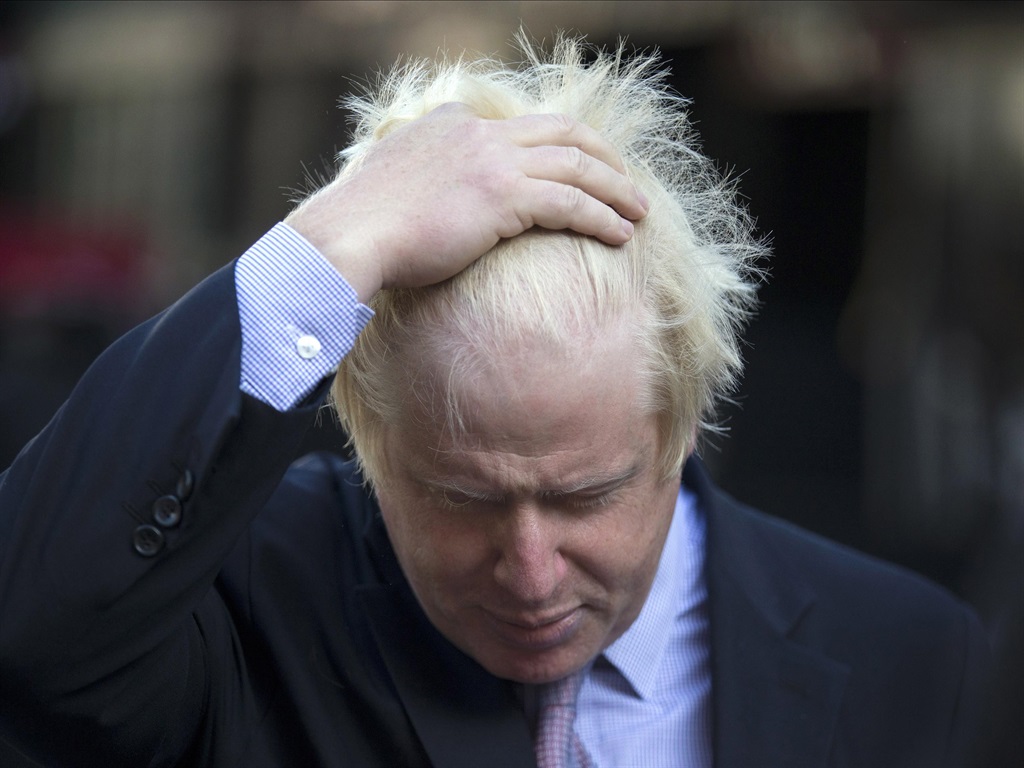 When US President Barack Obama encouraged Britain to stay in the EU, Boris called him a "part-Kenyan" with hypocritical views. 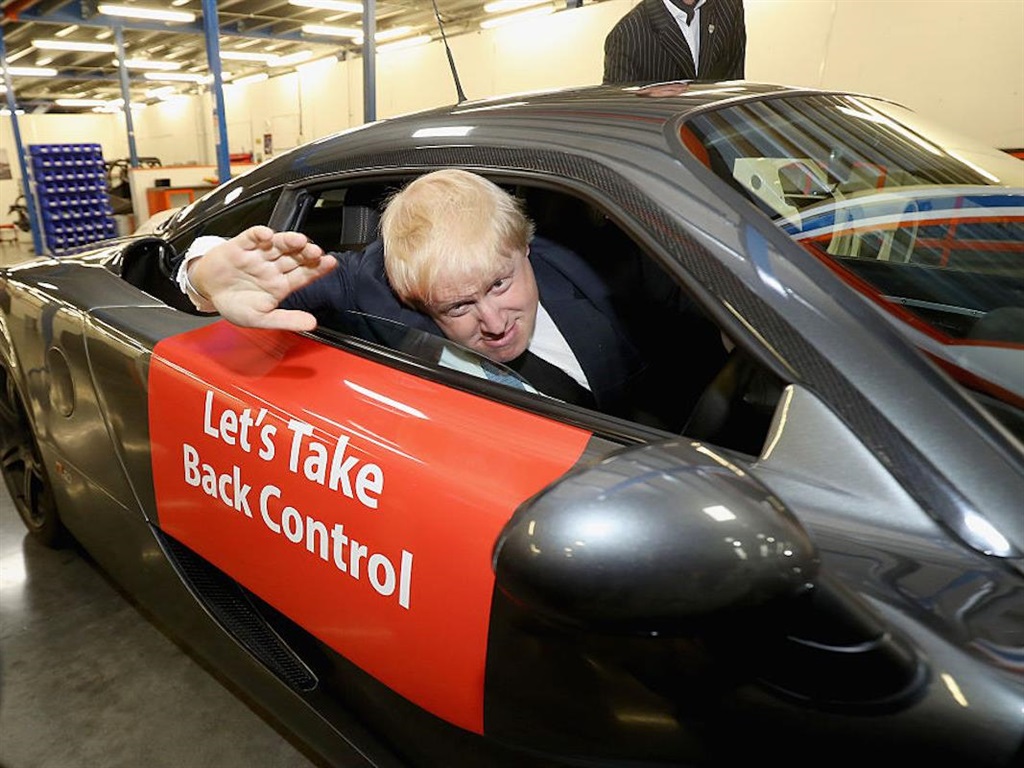 Just weeks before the referendum, Cameron said Boris could be the next prime minister. Some speculated that his leadership of the "Leave" campaign earned him Conservative support. When Britain officially voted to leave the EU and Cameron announced that he was resigning, Boris was a favorite to become the new prime minister. But in a shocking turn of events, he announced that he would not seek the office of prime minister after his ally Michael Gove announced his own candidacy.

The Telegraph called Gove's actions "the most spectacular political assassination in a generation." But Gove soon dropped out of the race.

Boris then threw his support behind Andrea Leadsom, the former minister of state for energy. But she soon dropped out of the race as well.

Theresa May ultimately emerged victorious in the race for prime minister. She appointed Boris as secretary of state for foreign and commonwealth affairs on July 13.

The decision was immediately criticised — Boris had made numerous negative remarks about foreign leaders.

Boris said he was "very humbled" to be chosen for the position.

As foreign secretary, Johnson worked to convince the world Brexit would not mean the UK was walling itself off from the rest of the globe.

Johnson was not a particularly effective diplomat, repeatedly making gaffes and offensive comments. In October 2017, for example, he caused uproar after joking that Libya could be the next Dubai if it clears the "dead bodies away" first.

Johnson resigned as foreign secretary in July 2018 in a rebuke of May's approach to Brexit. 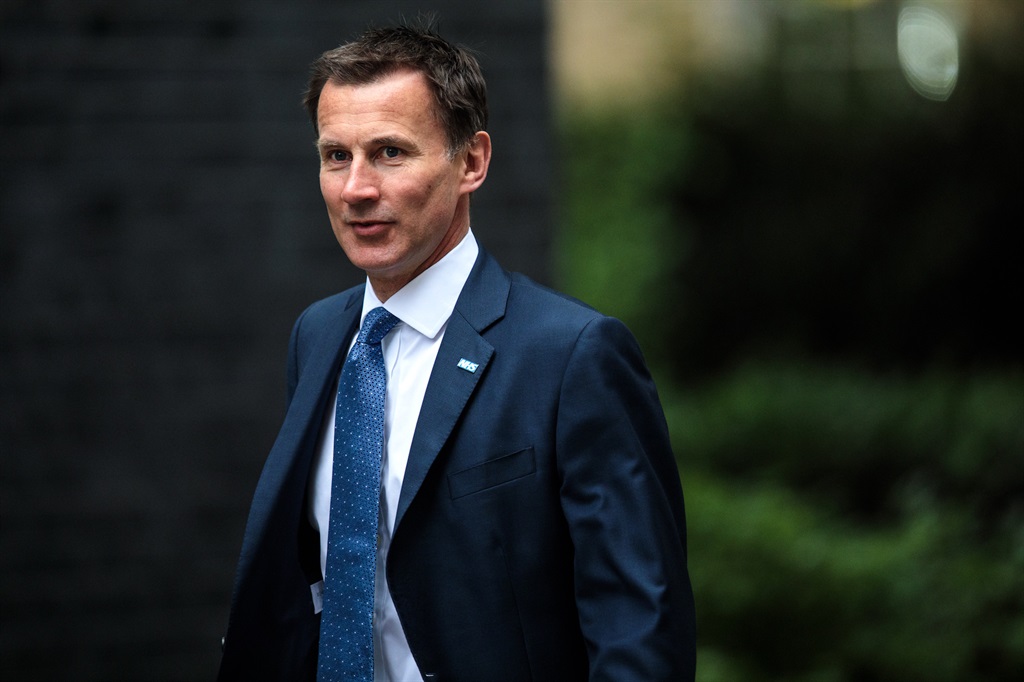 After resigning as foreign secretary, Johnson was among May's harshest critics in Parliament. In September 2018, he said the deal May was pushing for would be "substantially worse" than the UK staying in the EU. Johnson wants a hard Brexit. By this point, Parliament had been engaged in a dramatic, deadlocked debate on Brexit for months, prompting the EU to give it small extension on negotiating a deal. On March 27, May announced she'd resign as prime minister once she has delivered Brexit. The move was designed to get Parliament to agree to her deal. Boris Johnson was the top of the shortlist to replace May, and he subsequently won the Tory leadership contest — defeating Jeremy Hunt.

Johnson negotiated a new deal with the European Union for Brexit, and promised that the UK would leave the EU by October 31, "do or die." 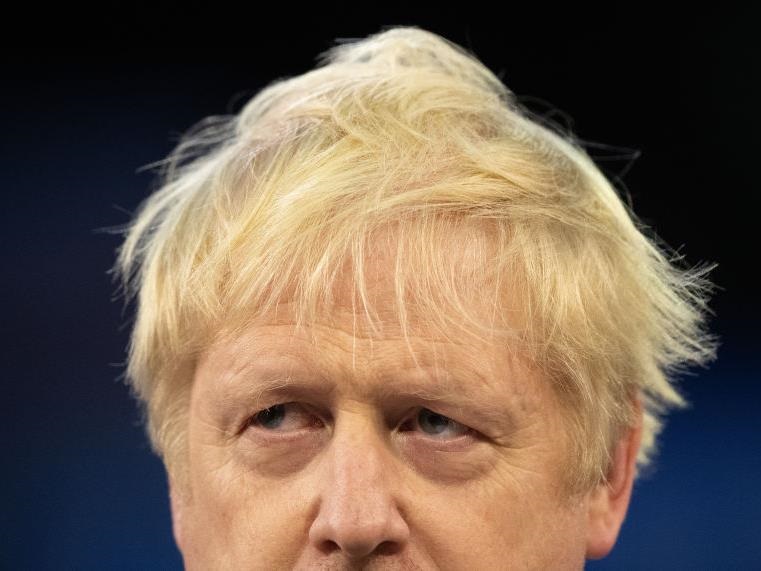 But that didn't happen. A series of parliamentary defeats on the issue forced Johnson to formally request another extension after failing to get the Commons to agree to his deal, which the EU granted. Brexit continued to inflame deep rifts in the Conservative Party, culminating in the whip being withdrawn from 21 rebel MPs over the issue. Some went on to join the centrist Liberal Democrats. Johnson called for a general election for December 12, and subsequently put Brexit at the front and centre of his party's campaign with the slogan: "Get Brexit done."

The PM faced intense criticism during the campaign, including over his party's spread of misinformation, and his refusal to sit for an interview with the BBC's Andrew Neil.

But in the end, it didn't matter. Exit polls released on Thursday night predicted a huge majority for Johnson. Labour under Jeremy Corbyn, meanwhile, faces the prospect of its worst parliamentary defeat since before the Second World War.