You would have to drink on average 6.8 litres, or 9 bottles, of Natura per hour to reach the legal alcohol limit.

South African wine lovers can now enjoy ‘just one more glass’ without fearing they’ve gone over the limit, thanks to a range of de-alcoholised wine out on shelves now.

I tried it and for those looking for something that tastes like wine, but without the alcohol and kilojoules, I’d recommend giving it a go. Stellenbosch wine estate Leopard's Leap has added what they call Natura De-alcoholised Classic Red, a blend of Cabernet Sauvignon and Cinsaut, to their cellars. It is still wine, but the alcohol has been extracted using pressurised heat and a spinning cone, leaving no more than 0.5% per bottle.

“The wine is heated to 30 °C and pumped into the cone which has layers of discs spinning, creating a thin layer of wine. This is done under vacuum so to lower the boiling point to 30 °C which causes the alcohol to evaporate,” said Hein Koegelenberg, Leopard's Leap CEO. The wine tastes like a slightly watered-down version of the red wine that you are typically used to drinking. If you were blind tasting it, you wouldn’t even notice the difference – I drank a whole bottle of the Classic Red and it was a great substitute.

It adds to a growing list of brands like Heineken, Savannah and Castle who have all invested in non-alcoholic variants of their traditional alcoholic beverages and follows a trend of increasing numbers of adults who are drinking less alcohol.

Not only is the wine lighter on the alcohol but it’s also lighter on the hips. The Classic Red contains a tenth of the kilojoules(kj) you would ordinarily have in 100ml of red wine. The Classic red has 30kj/100 ml compared with the average red wine containing 364 kj/100ml. 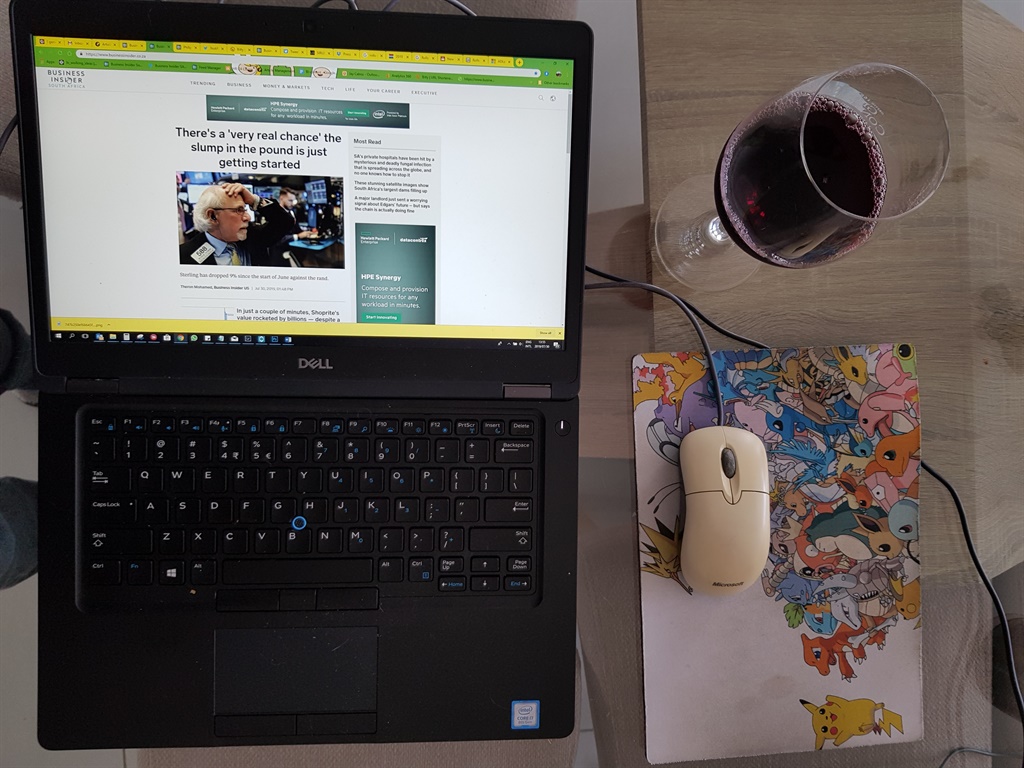 Fancy a glass of wine during work? Now you can.

“Restaurants are creating new sections on wine lists to accommodate this, retailers both local and abroad are seeing this as an opportunity for growth and expanding by creating shelf space for De-Alcoholised," said Koegelenberg.

According to Koegelenberg, in the 3 months since it has launched they have already sold 7,150 bottles of Natura Classic Red and a further 5,577 bottles of their Natura De-Alcoholised Classic White, the white wine version of the range which is a blend of Chenin Blanc and Muscat.

The wines have only just started rolling into supermarkets and Koegelenberg says they have been so successful they are already making plans for a second bottling for both ranges.

According to South African Liquor Law, any product with less than 1% alcohol is not categorised as alcohol. With a maximum alcohol of 0.5%, no liquor licence is required to sell Natura.

Both wines can be purchased for R60 on the Leopards Leap website here. I bought mine from Norman Goodfellows in Three Anchor Bay, Cape Town.