Leaked letter reveals UK fears a no-deal Brexit will cause border chaos, with 7,000 lorries in queue A leaked letter reveals that Boris Johnson's government fears that a no-deal Brexit will cause chaos at British ports with motorway queues of up to 7,000 lorries at the Dover-Calais border.

The Chancellor of the Duchy of Lancaster, Michael Gove wrote to British businesses warning that in a worst-case scenario, up to 70% of British truckers face being stopped when they reach the European Union due to not having the correct paperwork, should Britain leave the Brexit transition period without a trade deal.

The UK will drop out of the EU's trading rules at the end of the year meaning there will be an array of new checks on goods going to and from Britain and the continent as of January.

Johnson's government estimates that there will be over 400 million additional customs checks a year on goods moving between the UK and EU and is building up to a dozen new lorry parks across the country to hold truckers who do not have the correct paperwork to cross the border, including a handful in the county of Kent.

However, even with these mitigation efforts, the UK government expects there to be significant chaos when the Brexit transition period comes to an end at the end of the year, Gove's letter to industry leaked to Bloomberg suggests.

"The biggest potential cause of disruption are traders not being ready for controls implemented by EU Member States on 1 January 2021," Gove wrote. "It is essential that traders act now and get ready for new formalities."

His letter included an estimate that movement between Dover and Calais could be reduced by up to 80% compared to normal levels due to British businesses that export to the EU not having the correct paperwork.

Earlier this year, Prime Minister Johnson's government revealed that it was reviving a traffic-management system called Operation Brock that it prepared for leaving the EU without a Brexit Withdrawal Agreement. Under this system, one side of the motorway route towards the border will be reserved for trucks heading to the EU through ports like Dover, while all other vehicles, travelling in both directions, will use the other side of the motorway.

A new report by the UK In A Changing Europe Think Tank published on Wednesday stressed that there would be disruption at Britain's borders even if the UK strikes a free trade deal with the EU before the end of the year, as Johnson's government is pursuing a "thin" agreement that will still necessitate customs and single market checks.

The UK faces food shortages if Johnson's government fails to secure a free trade agreement due to delays at the border, the report warned, and increased disruption and expense for Brits travelling to the EU.

Based on modelling produced with the London School of Economics, the UK In A Changing Europe estimate that the long-term economic impact of leaving the EU without a free trade deal will be at least double the Bank of England's predicted impact of the coronavirus. 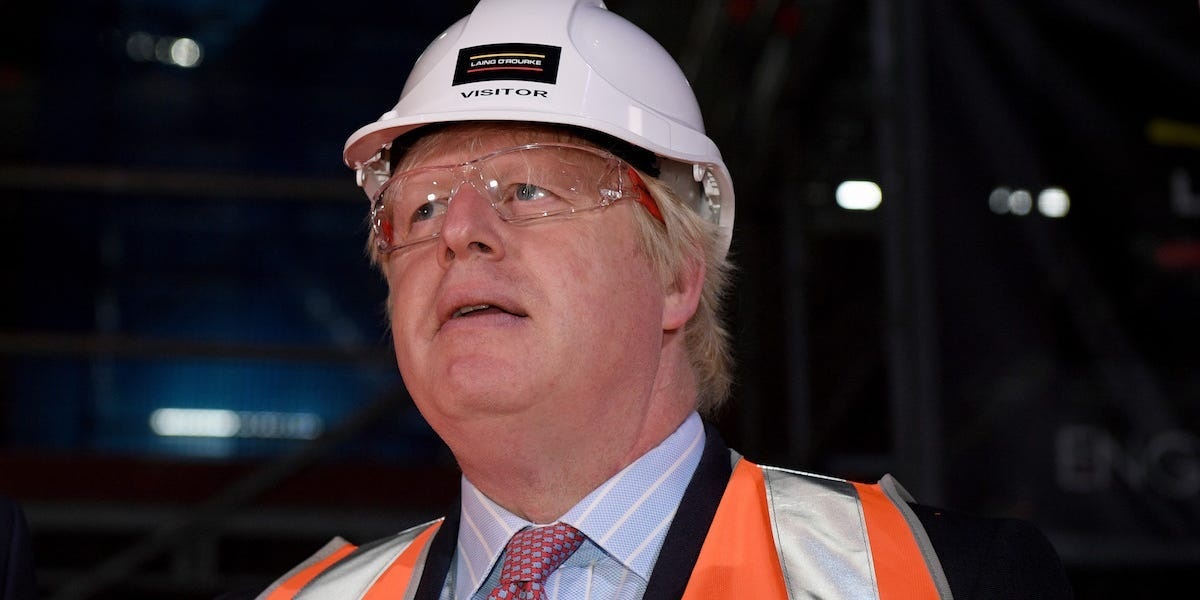 George Eustice, the UK's environment secretary, on Tuesday appeared to shift the blame for any disruption in January onto Brussels, telling UK members of Parliament: "We [the UK] can do all the work in the world to make sure our borders are ready... But if when they [truckers] arrive at the other side it's all a bit slipshod and disorganised and there's therefore chaos because of failure of the EU to plan.

"That's something that's beyond our control. That would be our biggest concern."

However, UK business groups have repeatedly warned the government that smaller firms are pre-occupied with the COVID-19 outbreak and do not have the bandwidth to prepare for friction with Britain's biggest trading partner. They are also still waiting for ministers to provide swathes of details about how Britain's borders will work from January 1.

The UK government's campaign of communicating to the public information about the end of the Brexit transition period — "Check, Change, Go" — has been accused of glossing over the friction business owners must prepare for.

Last month, Maddy Thimont Jack of the influential Institute For Government think tank argued that the communications campaign risked "lulling people into a false sense of security" by focusing on "sunlit uplands" of leaving the EU rather than clearly explaining the many obligations it will create for businesses.