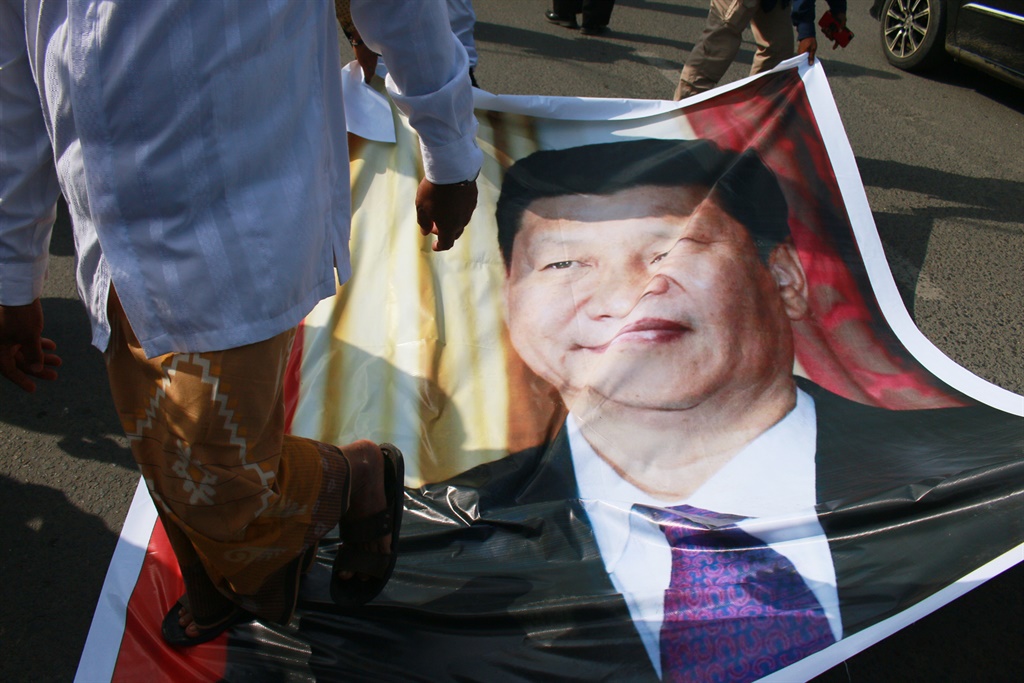 Demonstrators seen stepping on the portrait of Chinese president Xi Jinping during a protest by Indonesian Muslims criticizing the Chinese governments policy on Uighur Muslims which is believed to be part of a policy of intimidation towards Muslim minorities in China. The end of the demonstration led to the burning of a photo of the president of China on the highway. (Photo by Mimi Saputra/SOPA Images/LightRocket via Getty Images)

In recent years, the Chinese Communist Party has overseen the mass imprisonment and suppression of an estimated 3 million Uighur Muslims, an ethnic group native to western China whose population the Communist Party views as terrorists.

Nearly 500 prisons and camps have been established in the western China region known as Xinjiang, or East Turkestan as many Uighurs call it.

And a round of newly-leaked documents, dubbed The China Cables, is the first official look at the extensive efforts to detain and brainwash the Uighur population.

Data obtained by the BBC, as well as other media outlets, includes instructions to the officials that run these camps to "never allow escapes," to "increase discipline and punishment," and to maintain secrecy. Daily activities for prisoners are heavily monitored, and only when they are confined for at least a year and show that their behaviour, beliefs, and language are changed will they be released, according to the new documents.

Among other insights, the documents also show how the Chinese government has been surveilling Uighurs and monitoring their personal data.

The newly-revealed documents contradict the government's claim that these labor, or "re-education," camps are a means to voluntarily re-educate members of the Muslim Uighur community to counteract extremism and terrorism.

Liu Xiaoming, the Chinese ambassador to the UK, considered the documents fake news, according to the BBC.

Leaked documents published by The New York Times a week ago show officials were instructed to inform Uighur students that their relatives had been imprisoned in these camps "because they have come under a degree of harmful influence in religious extremism and violent terrorist thoughts."

Officials were also told to compare the imprisonment of their relatives' conditions to cancer to justify the containment.