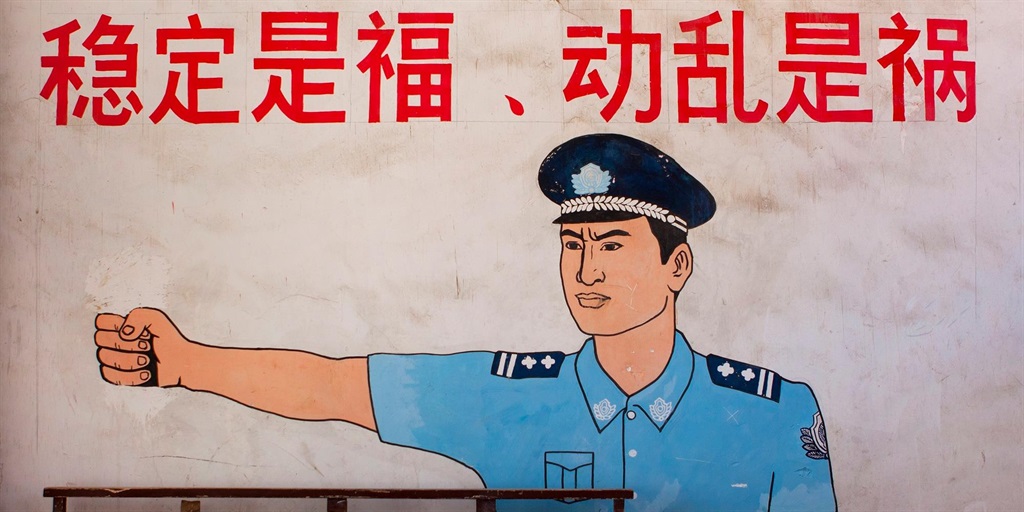 Stability is a blessing, Instability is a calamity, Yarkand, Xinjiang Uighur Autonomous Region, China on September 20, 2012 in Yarkand, China.
Eric Lafforgue/Art in All of Us/Corbis via Getty I

Leaked documents from the Chinese government show the inner workings of detention camps in Xinjiang, where millions of ethnic minority Uighur Muslims are allegedly held under the guise of counter-terrorism efforts.

Xinjiang, located in China's autonomous western region, has a population of about 10 million citizens, many of whom are Uighur or other ethnic minorities. Assistant Secretary of US Defense Randall Schriver said in May that "at least a million but likely closer to 3 million citizens" out of Xinjiang's population have been held in detention centers, and satellite images have identified at least 465 facilities in Xinjiang. Interviews with people who were held in the camps reveal allegations of beatings and food deprivation, as well as medical experimentation on prisoners.

The highly classified documents, referred to as "The China Cables," were obtained by the International Consortium of Investigative Journalists (ICIJ). In them, officials laid out a manual for exactly how the camps in Western China are to operate, including how to prevent escapes, how to control disease, how to monitor prisoners' movements, and how to hide the centers' very existence from the outside world.

The manual is referred to as a "telegram," and instructs detention center workers on how to keep the facilities "absolutely safe."

The documents detail strict guidelines for preventing escapes. Doors throughout the building "must be double locked immediately after being opened and closed," the telegram reads.

Uighur activities, including indoctrination classes, mealtimes, showering, family visits, medical treatments, and even bathroom breaks are to be "strictly managed and controlled," the documents show. Should detainees need to leave the facilities due to illness, the documents say, "they must have someone specially accompany, monitor, and control them."

Those inside the camps are under constant surveillance and have every aspect of their lives carefully controlled.

The telegram instructs workers to "evaluate and resolve 'students' ideological problems and abnormal emotions at all times." Detainees are banned from owning cell phones and from contacting anyone outside the camp's heavily barbed wired walls.

The facilities are also under the constant eye of the Chinese government.

"There must be full video surveillance coverage of dormitories and classrooms free of blind spots, ensuring that guards on duty can monitor in real time, record things in detail, and report suspicious circumstances immediately," the telegram reads.

Uighurs are also given "ideological" and "manner" education to ensure "compliance and obedience."

Detainees are given 'points' linked to punishments and rewards

The documents reveal that inmates adhere to a strict "points system" based on their "ideological transformation, study and training, and compliance with discipline." Their scores are assessed monthly and are linked "directly to rewards, punishments, and family visits."

Uighurs are then divided into categories depending on how much security they require, with three levels ranging from "very strict," "strict," and "general management."

Students also have a strict set of rules for how they operate their daily life, which includes a "fixed bed position, fixed queue position, fixed classroom seat, and fixed station during skills work. It is strictly forbidden for this to be changed."

According to ICIJ, researchers and journalists have discovered a vast network of forced labour across the region, and those who are held in detention centers are often sent to work in textiles and manufacturing.

According to a report by the Center For Strategic & International Studies, around 84% of China's cotton is produced in Xinjiang, blurring the lines between textiles that are ethically sourced or those that are linked to labour camps.

"All students who have completed initial training will be sent to vocational skills improvement class for intensive skills training for a school term of 3 to 6 months," the briefings said.

Another briefing directs authorities to investigate users of the mobile phone app Zapya for extremist affiliations.

China has acknowledged the existence of some "re-education camps" but repeatedly denied any reports of abuse at its facilities.

In July, Chinese officials said they released a majority of the people detained in its re-education camps, though they did not offer specifics to back up their claim, which was met with widespread skepticism from global experts and policymakers.