There are only 5 of this limited edition flying motorcycle from France, and they cost about R8 million There hasn't been much progress on flying cars, but now you can own a flying motorcycle, as long as you're willing to pay half a million dollars for the privilege.

Ludovic Lazareth's LVM 496 flying motorcycle looks sleek and futuristic in red and black, with turbines that allow it to take flight on the sides. Only five of these vehicles will ever be made, and they come at a hefty price. Luckily, anyone can enjoy the photos and videos of this futuristic design.

The French vehicle is called La Moto Volante, or the flying motorcycle, in English. It was created by French designer and manufacturer Lazareth. Thanks to kerosene tank, the motorcycle is capable of ten minutes of continuous flight. The bike was built for easy handling, inspired by other Lazareth vehicles. It's also an electric motorcycle... Body work for this experimental vehicle is made of a carbon kevlar composite. A switch on the dashboard sets the bike in road mode or flight mode. 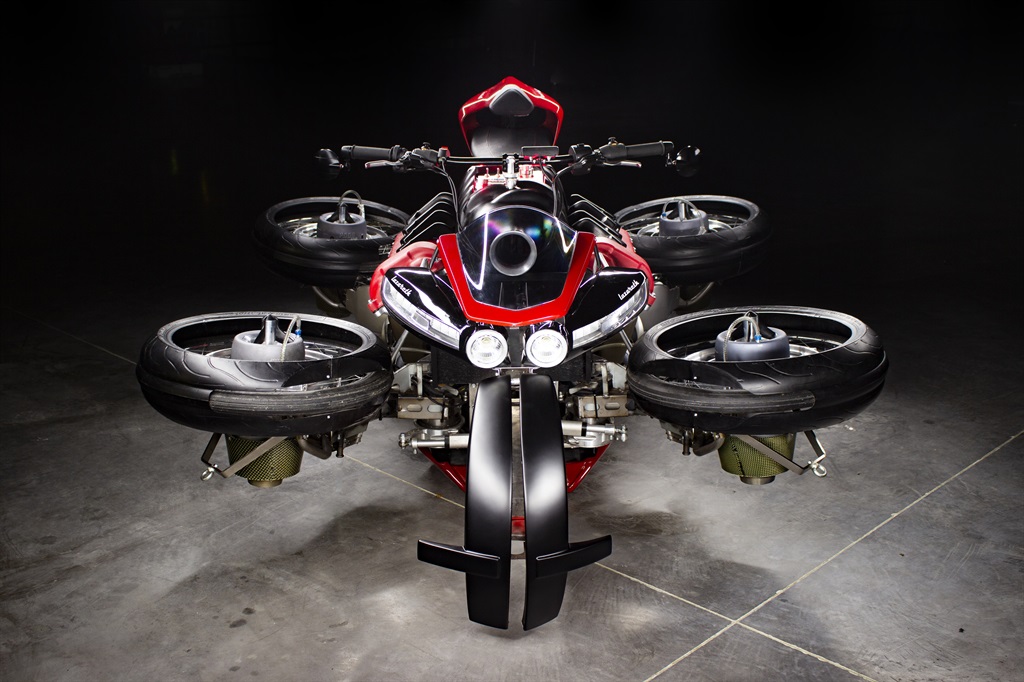 The dashboard gives other useful information too, like speed and altitude. The turbines are located at four corners of the motorcycle... ...and allow it to take flight. At $560,000 (R8 million), this seemingly gravity-defying vehicle costs about twice as much as the average US home, so it's definitely an investment. Check out the motorcycle in action.

Lazareth only made five of this limited edition motorcycle.