The world's largest wind farm has just been completed — it's bigger than 20,000 soccer fields.

The world's largest wind farm is up and running.

It powers more than half a million homes and sits in the Irish Sea, off the coast of England. The Walney Extension opened last week with a generating capacity of 659 megawatts, and is located between northern England and the Isle of Man. Its 87 turbines, which stand up to 640 feet tall, are some of the world's biggest in operation. (Taller is generally better for harnessing the wind because wind speeds tend to pick up as you get higher off the ground.)

The project is part of a larger trend of investment in offshore wind farms as a way to produce clean, renewable energy.

Meanwhile, the Dutch are proposing a 30-gigawatt farm, complete with its own artificial island, to be built in the ocean between the Netherlands, Norway, and the UK by 2027. So the Walney Extension may not be able to claim a world record for long.

For now, though, the UK's new wind farm reigns supreme. Here's what it looks like.

The Walney Extension is an array of 87 turbines in the Irish Sea off the west coast of England. At capacity, the wind farm provides enough power for more than 590,000 homes. The turbines sit less than 19km away from Walney Island in England. Orsted, the Danish wind power company that built the new farm, couldn't even fit the whole thing in this video.

The farm has two of its own electrical substations. It first generated power in August 2017, but construction wasn't complete until June 2018. It took a lot of heavy lifting to get the 261 blades on the farm up and running. Each blade weighs 30,000kg.

Just a single blade rotation from a turbine on the new wind farm provides enough power to take care of an entire household's needs for more than a day, Orsted said. The turbines, made by Siemens and MHI Vestas, each soar more than 18m in the air.

The farm is hooked up to more than 300km of cables, which connect the wind power to England's national grid. Here's what all that cable looked like when it was being hauled out to sea.

The Walney Extension beats existing offshore wind farm records for both power and size. It is 14 square kilometres larger and 29 megawatts more powerful than the world's number two offshore wind farm, the London Array, which sits off the southeast coast of the UK. 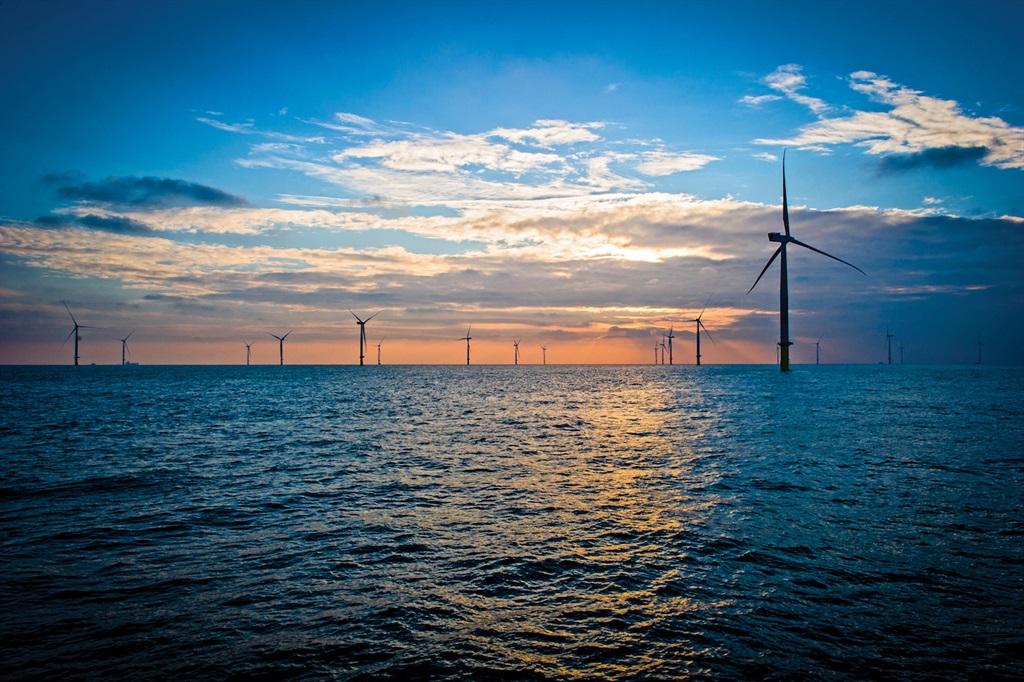 The world's largest wind farm overall is located on land in China. As prices for renewable energy sources like wind continue to fall, more people around the world are expected to begin relying on them to power their lives. Energy sources including wind and solar are expected to provide close to half of the world's energy needs by 2050. Sources: International Renewable Energy Agency, Business Insider, US Department of the Interior

Related Links
These are the 5 biggest green energy projects in SA - all wind farms
Next on Business Insider
Elon Musk sued by Twitter shareholder, alleging he manipulated its share price with his tweets