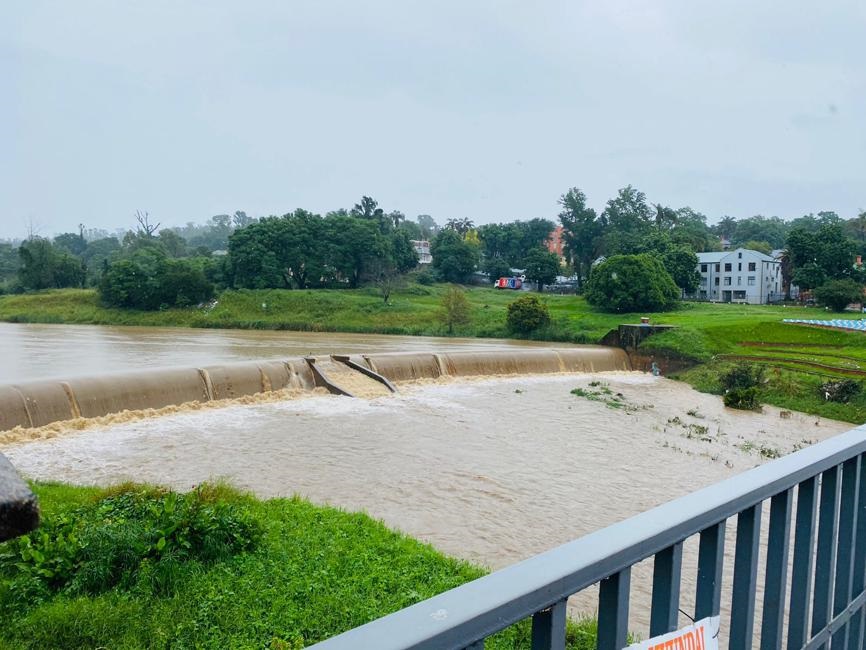 On Monday, 11 April, more than a fifth of a metre of rain fell at Mbazwana, in north KwaZulu-Natal just about 100km south of the Mozambique border, according to preliminary data from the SA Weather Service's observation station there.

The 206.4mm of rain measured at the Mbazwana Airfield station obliterated its previous record, at nearly three times the 62.6mm that had been on its books.

It was not the only station to set a new record. Further south, in Riverview, close to St Lucia, another station measured 126.8mm of rain over 24 hours, compared to its previous maximum of 114mm.

For both stations, Monday alone saw more rain than would typically fall over several months.

For Mbazwana, the preliminary rainfall number on Monday on is more than five times higher than all the rain recorded there in March. At Riverview, four times as much rain fell on Monday as in March.

The wet weather is expected to lift around much of the country on Tuesday, the SA Weather Service says – but not in KwaZulu-Natal, where flood warnings remain in place.

Except for the KZN coast and the Eastern Cape, we see quite good clearance of the gloomy and wet weather. The @SAWeatherServic has issued a warning for heavy rain ,leading to flooding for KZN. Please do keep safe.Image courtesy of @eumetsat pic.twitter.com/kcahE7UEFy

Shipping containers have floated away, and trucks stranded on highways looted, News24 reported on Tuesday morning, as Durban was hit by heavy flooding.

Authorities were still trying to assess damage, and emergency services said they were overwhelmed by reports of collapsed houses, landslides, and washed-away roads.