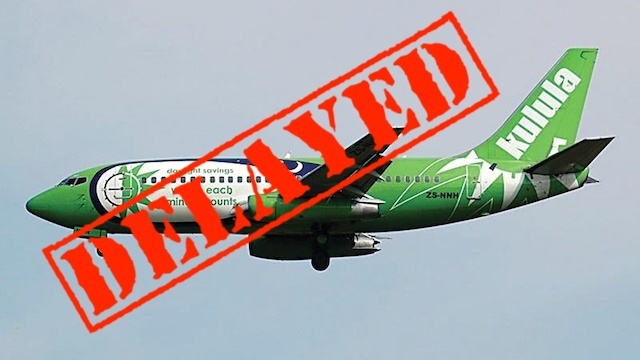 UPDATE: The Civil Aviation Authority says SAA and Comair must inspect all their aircraft for safety – but that it didn’t ground anybody

Flights on Kulula.com and British Airways in South Africa may be delayed because some of its planes have been grounded, the two airlines' operator Comair warned in the early hours of Tuesday morning.

In a statement that warned of "possible disruptions" to its operations, Comair said some of its planes had been grounded by a notice from the the South African Civil Aviation Authority (SACAA) issued on Monday evening.

The notice "related to irregular findings picked up during a recent audit of our maintenance and technical service provider, South African Airways Technical (SAAT)" Comair said.

"Affected aircraft may not be flown until the necessary corrective action has been carried out."

Comair did not say how many of its planes had been grounded or exactly what the impact on Kulula and British Airways flights would be, but said it had contingency plans in place.

It advised customers to check the status of flights on the websites for Kulula and British Airways.

"We are working closely with SAAT to rectify the findings and getting our flights back on schedule as soon as possible," the company said, stressing that it is committed to safety.

Comair started the process of moving its aircraft maintenance away from SAA Technical a year ago, blaming that company for its atrocious on-time record.

Last month Comair said problems with maintenance scheduling and parts inventories at SAA Technical had caused a big spike in its operating costs in the first half of its latest financial year.