A 27-year-old triathlete won Olympic gold, vomited everywhere, had to be taken away in a wheelchair 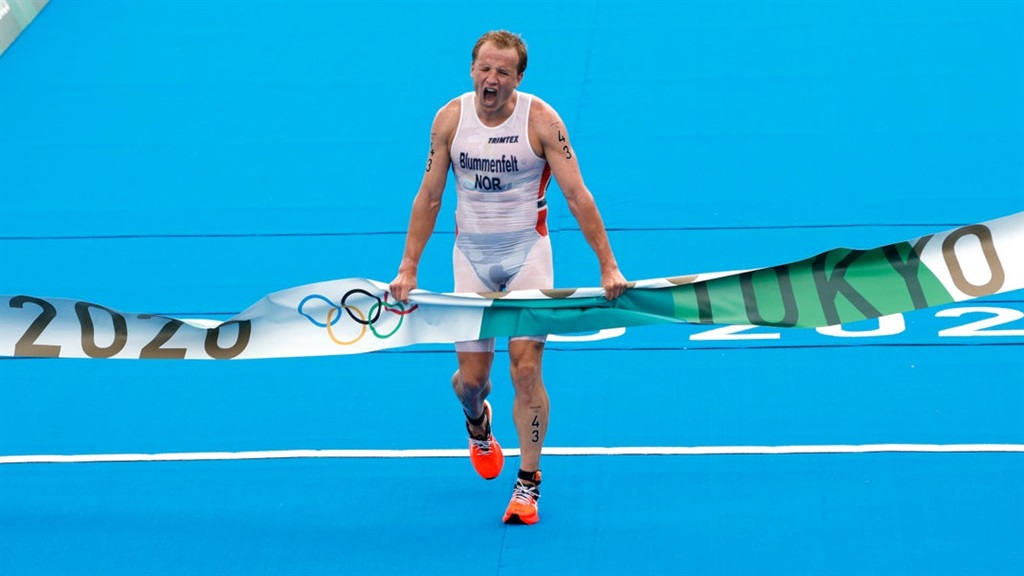 A 27-year-old triathlete Kristian Blummenfelt just won Olympic gold, vomited everywhere, before being taken away in a wheelchair.

The three-pronged event, which featured a 1.5-kilometer swim, a 40-kilometer cycle, and a 10-kilometer run, had to be brought forward to prevent exhaustion in the peak heat at the 2020 Tokyo Games.

A fail of Olympic proportions plagued the swimming section of the triathlon when a media boat blocked many competitors with a safe dive into the water, and so half of the field had to return to dry land after a bizarre false start.

The triathletes then had to endure near-unbearable exhaustion from the heat as they ran as fast and as hard as they could for the finish line.

Alex Yee, of Great Britain, led the way for a long while during the final event: the run, yet was overtaken by Blummenfelt who pipped the Brit by 11 seconds with a well-timed burst of pace at the end of the race.

With a pain-stricken face, Blummenfelt grabbed hold of the finishing tape, collapsed to the floor, puked, and had to be helped back to his feet.

The champion then had to be taken away on a wheelchair, according to Eurosport.

With Blummenfelt claiming gold and Yee with the silver, it was New Zealand's Hayden Wilde who finished third for the bronze medal prize.

Legendary Olympian Matthew Pinsent, who won four gold medals for rowing, was full of praise for the winner. "Outstanding gold from Blummenfelt," he wrote on Twitter. "Pushing till you [vomit] is full-on."

Outstanding gold from Blummenfelt - pushing till you vom is full on.

The heat was so fierce that Blummenfelt's all-white kit was drenched with so much sweat that it became see-through, and his underwear was visible.

Regardless, he actually said he would have preferred it hotter because the Norwegian had been training in even harder conditions.

"Our team is world-leading for heat preparation so we were a bit disappointed it was not as warm as we were hoping for," he said, according to Reuters.

"I'm from Bergen where for two-thirds of the year it's windy, rainy, and 10 degrees. But that just shows the strength of the team around us in getting that preparation," he said.

Blummenfelt continued: "I've been thinking about this race for so many years. I was on holiday here many years ago and thought to myself: 'Okay, your goal is to win an Olympic gold medal here in 2020.'

"I knew I couldn't outkick them on the carpet [finishing straight] but I could use my engine [before the home straight] and really bring it home."