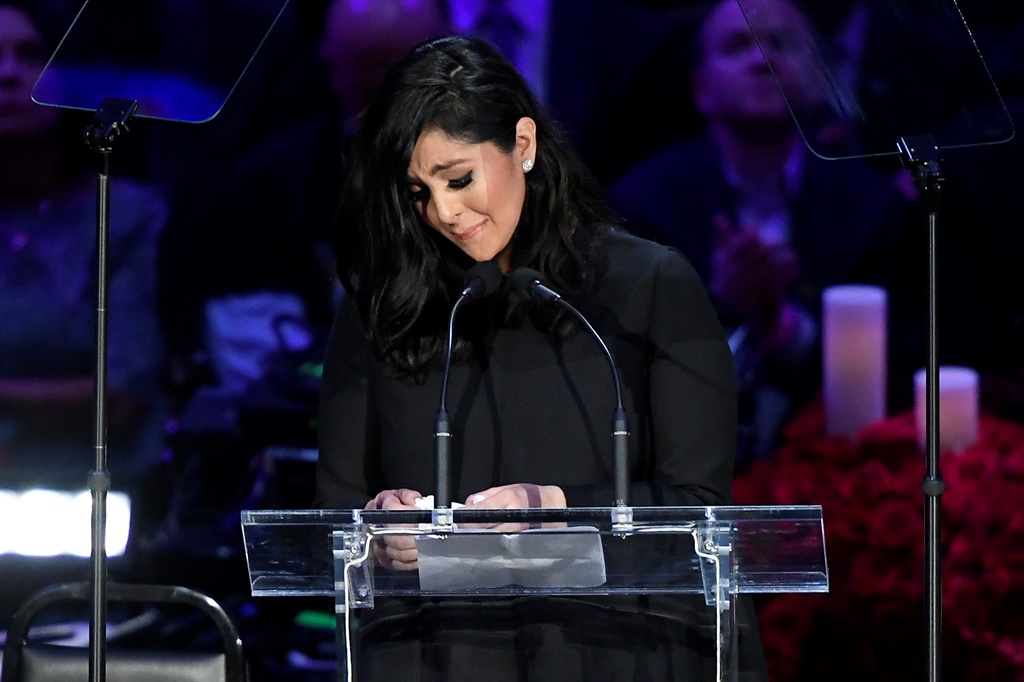 Vanessa Bryant speaks during The Celebration of Life for Kobe & Gianna Bryant at Staples Center on February 24, 2020 in Los Angeles, California. (Photo by Kevork Djansezian/Getty Images)

Kobe Bryant may no longer be around, but he had one more surprise for his wife, Vanessa, more than four months after his tragic passing.

Vanessa found one final letter from her late husband and saved it to open on her birthday - May 5. When she opened the envelope, which was labeled "To: The Love of my Life," she found an artist's drawing of herself "with an angel holding me up" on the inside, according to the caption of an Instagram she posted Tuesday.

"I waited to open one more letter on my birthday," the Los Angeles Lakers legend's widow wrote. "It gave me something to look forward to today. The irony is that Kobe has a photo of me drawn with an Angel holding me up by an artist on the cover." Kobe and Vanessa's 13-year-old daughter - Gigi - and Kobe himself died alongside seven others in a tragic helicopter accident in Calabasas this January. The world of sports halted in place as contemporaries and fans alike mourned the 18-time NBA All-Star and his daughter, who was poised to become a basketball star in her own right someday.

The father-daughter baller duo left behind Vanessa and her three other daughters: Natalia, Bianka, and Capri.

"Missing the Love of my Life and my sweet little Mamacita- my fellow Taurus," Vanessa added on Instagram. "Grateful to wake up to my 3 sweet girls today. Wish we were all together."