Take a look inside Kiev's astonishing Soviet-era metro system, home to the deepest subway station in the entire world The subway system in Ukraine's capital city is filled with marble, statement lighting, and beautiful artworks.

Kiev's three lines cut across the city, serving its almost three million residents, and the system is home to what is claimed to be the world's deepest subway station, almost 105.5 metres below street level.

The subway carries around 1.3 million people a day, and is filled with modern amenities like phone service and information screens.

But much of its beauty dates back to when its first stations opened in 1960, when Ukraine was part of the Soviet Union.

Ukraine's metro was the first one the Soviet Union considered building in the 1880s, but its first stations weren't built until 1960, 35 years after Moscow's subway first opened. 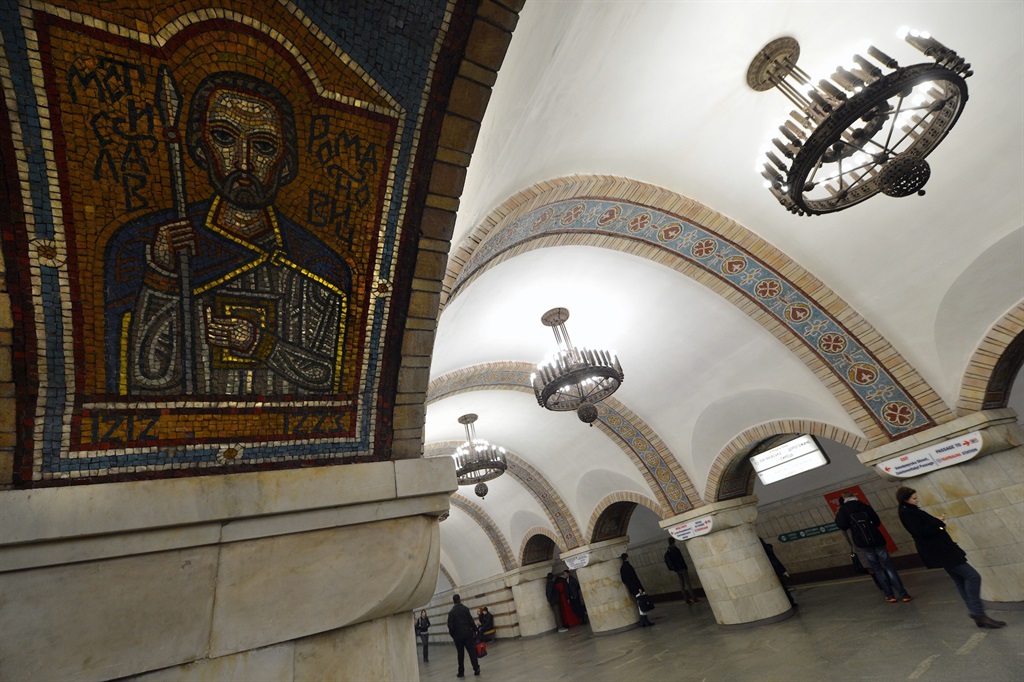 The one billionth passenger travelled through the system in August 1972 - he was stopped and given a free annual ticket from the system's chief engineer.

Soviet-era subway systems are known for being beautifully designed, and Kiev's metro is no different — its 52 stations are all decorated in a unique fashion, and many feature bright lights and plenty of marble.

Metal, wood, granite, marble, and other materials were brought to Kiev from across the USSR.

Some stations have murals, like this one that looks like a theatre, in Teatralna, the nearest stop to Kiev's opera house.

Many of the stations were renamed after Ukraine became independent in 1991. For example, the "Red Army" station was renamed "Ukraine Palace" and the "Square of the October Revolution" was renamed "Independence Square."

Kiev is home to the world's deepest subway station: Arsenalna, which is 105.5 metres below street level. The system contains beautiful mosaics, like these ones at Zoloti Vorota. Such is Kiev's love for its subway system, the city even has a museum for the metro, where you can buy things like sweaters that say "Do not lean" in Ukrainian.

Many of the stations have chandelier light fixtures.

And others have more unusual, futuristic designs. Pecherska, south of Kiev's city centre, has these striking spotlights.

Some stations are dark and sleek, with modern lighting fixtures. Slavutych features these industrial-chic pillars.

While some of the stations are more minimal, they are still brightly lit and filled with beautiful stone. Lukyanivska, pictured below, features an amazing vaulted ceiling.

There are also statues throughout the network. Teatralna was formerly known as Leninska, or Lenin's station. It features a statue of, you guessed it, Lenin. 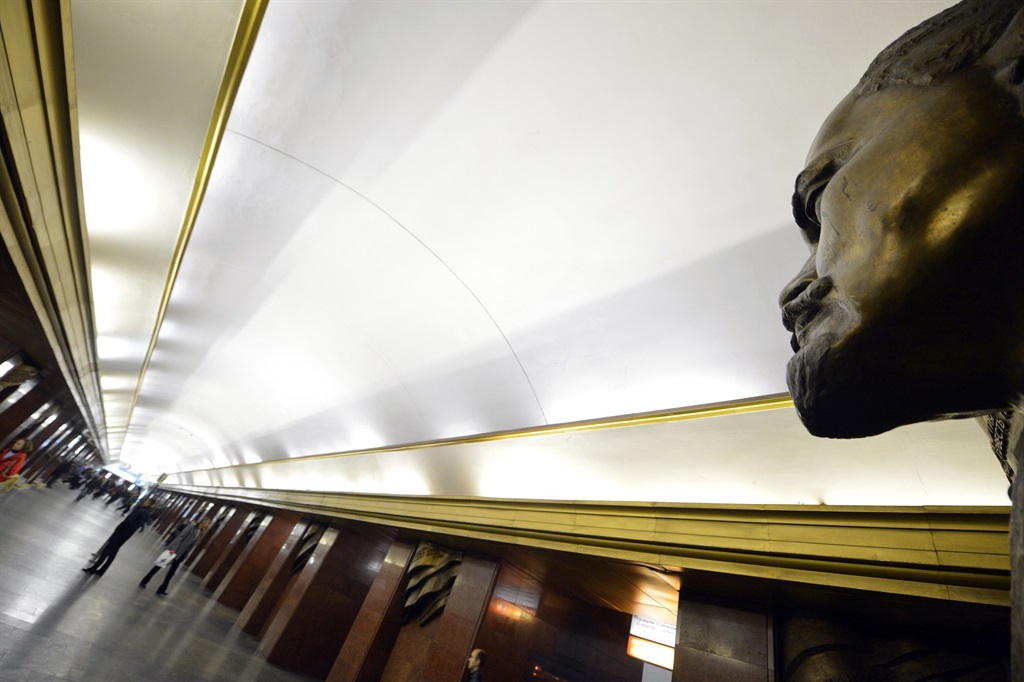 The trains themselves are also brightly coloured, and are painted in the blue and yellow colours of the Ukrainian flag.

The entrances of many of the stations are also beautiful. Vokzalna, which is attached to Kiev's main railway station, features a neoclassical frontage.

The subway may date back to the 1960s, but it takes modern payment methods.

The system is also filled with seating. In this photo, a passenger takes a load off at the station of Dvorets Sporta, or Palace of Sport.

The escalators are well-lit, with illuminated advertisements on the sides.

The cost of all these grand chandeliers, cavernous platforms, and intricate mosaics? $0.30 (R4,46) per ride.